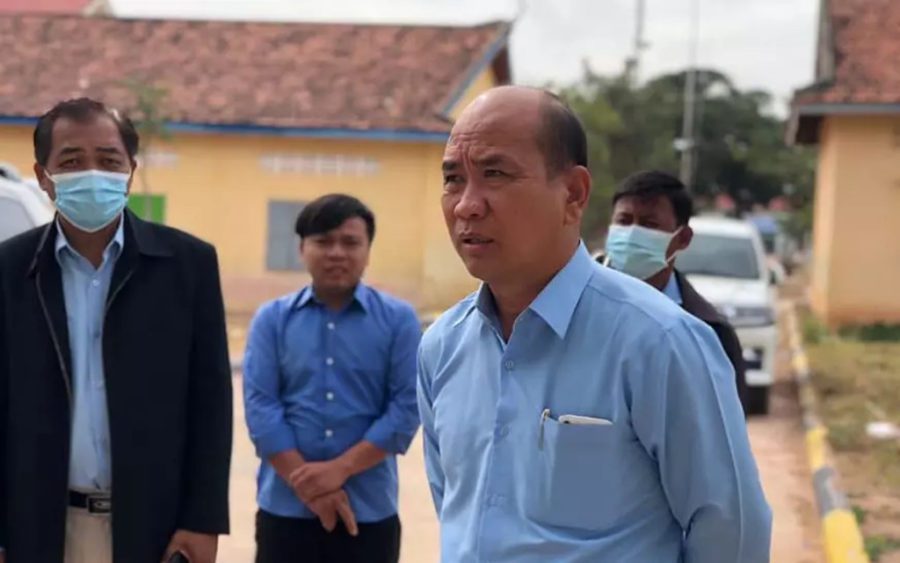 More than 800 residents in Banteay Meanchey accused local officials of selling 120 hectares of flooded forest and state land to private interests, affecting their access to fishing waters and firewood.

People living in the province’s Phnom Liep commune released a letter on July 13 alleging that their commune chief had sold state land, parts of which were a flooded forest. Documents provided to VOD purportedly show the land being sold to two private individuals.

Thong Neam, who lives in Phnom Liep’s Kambor village, said the land was sold secretly and because some of it was flooded forests, the sale of which violated land protection laws.

The land was important for local villagers, he said, who fished in the waters of the flooded forest and harvested firewood.

“We used to get benefits from the fish or firewood, but now we cannot,” Neam said. “We go and look to buy charcoal from others because we have a deficit.”

The land documents appear to show a sale to two individuals, Srang Trop and her husband Sea Sokhun, both of whom live in the province’s capital, Serei Saophoan city.

The documents are signed off by Phnom Liep commune chief Em Noy and Preah Netr Preah district governor Khou Pov in August 2019. Both denied the accusations.

Noy, the commune chief, denied knowing the disputed land in question and refused to address whether he had approved the land sale.

“I seem to have not touched anything at all … but I’m wondering about the land at Kbal Spean, the flooded forest land. I have never known about it,” Noy said.

But he would not file a counter-complaint or respond to the baseless allegations, he said.

District governor Pov also said he did not know about the sale of state land, but that if public land had been sold it was a violation of the law.

“I don’t seem to know if there is someone who is selling the land. Where is the land? No one dares to sell flooded land,” he said. “If anyone dares to sell, they will be punished accordingly.”

VOD could not reach the land’s alleged buyers, Trop and Sokhun, for comment.

Sum Chankea, provincial coordinator for rights group ADHOC, said the documents appeared to show that officials were involved in the sale of land and that ownership had been transferred.

He said it was unlikely the perpetrators would admit to their alleged infraction, and it was up to the government to open an investigation.

“But the answer is ‘do not know.’ That is just an excuse,” Chankea said.