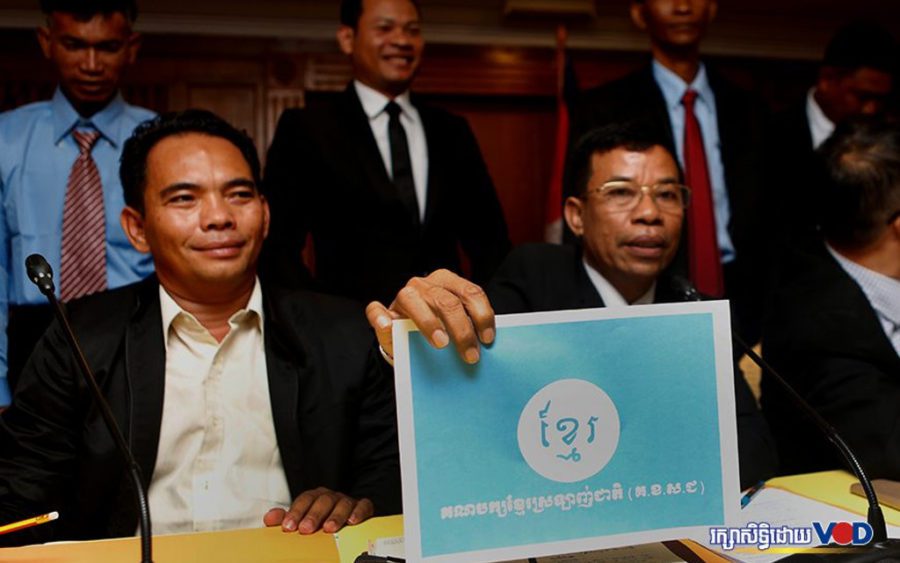 Upon resigning from their positions in a minor opposition party, six former leaders of the Cambodia National Love Party were appointed as advisers to the Telecommunications Ministry.

According to a royal decree dated August 17, the king appointed six former Love Party officials as the ministries’ advisers.

Siev Visoth, the new acting president of the Love Party in the wake of the departures, said he had seen the royal decree and confirmed that all six people were former party officials.

Asked about the appointments, he said he accepts the change in leadership, as it was not new for former opposition officials to join the ruling-party government.

“As a democrat, we always suffer, and as we have seen in the real political field, we rarely see leaders or senior officials from the ruling party defect to join with the opposition party,” he said. “That does not [happen] much. It is only the opposition party’s [officials] who leave for the ruling [party] and benefit. This is a normal thing.”

He said he felt regretful but he accepted the decision as their personal right, adding that it was hard to avoid pressure in this country.

The remaining Love Party leaders would try to make the party function again and avoid any further disbanding, he said. The recent turbulence within the party came with lessons, and Visoth argued his party has found a strategy to strengthen its power and be more discerning with its leadership choices.

“We do this for the nation, our home country,” he said, referring to building the Love Party. “We are not just doing it to have a better livelihood for ourselves or to be called his or her excellency. That would not be tenable with what we think as patriots, democrats, who want changes based on the people’s will.”

He said in a statement later on Tuesday that the party would hold a congress on September 4.

Sinoeurn, the former vice president and a founding member, said a ministry official in charge of personnel had informed him of the promotion this morning, and he also saw it shared on social media. He said he felt normal and willing to participate in building the country.

Sinoeurn added that he did not yet know his role but he would visit the ministry on Thursday, and he plans to continue his job teaching English at a public high school and management at private universities.

When asked if he faced criticism for leaving the Love Party, Sinoeurn said people have the right to criticize, but he also has the right to move on. He added that controversial opposition figure Sam Rainsy had also resigned from the opposition CNRP in the past.

He said he had sacrificed a lot already by helping build the Love Party.

“Without us, they would not have the party to continue their work.”