Maker of Wine Product Linked to Seven Deaths on the Run, Officials Say 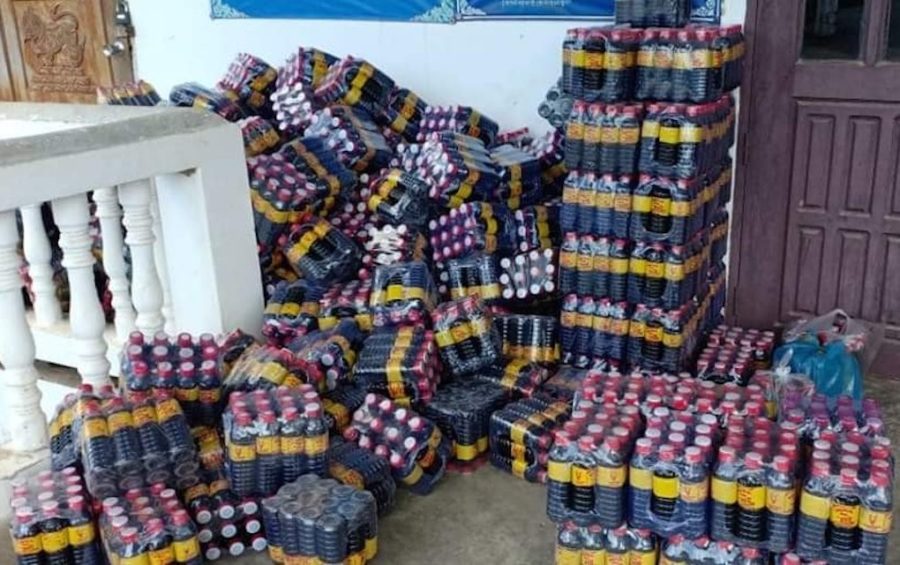 The manufacturer of a locally-made wine product has eluded authorities after seven people died and another 36 fell ill, including two who remain in serious condition, after drinking the methanol-laced beverage, officials said on Monday.

Heng Mealy, the consumer protection, competition and fraud prevention chief in Phnom Penh, said his officials are preparing a case against the person behind “Taing Kuoy,” the wine product, which was sold in half-liter plastic bottles with a label describing supposed health benefits.

Authorities on Saturday raided a house in Chroy Changva district’s Bak Kheng commune where the beverage had been manufactured, but the dwelling was closed and officials suspect the owner fled after hearing of the deaths connected to the wine product, Mealy said.

They confiscated a steaming pot, small pans, plastic containers and a 1,500-liter container believed to be for mixing the wine, the official said. Authorities also found 2,580 bottles of the drink slashed in half at a site near the house, he added.

“When we get all the evidence, then we will prepare [a case] and submit to the court,” Mealy said.

Mealy did not say definitively whether the product’s manufacturer complied with government standards, but based on the raid of the Phnom Penh house, the official said he saw issues with technical standards in production, hygiene, organization and product labeling. The production site also did not have a logo or sign with an address out front, he said.

Taing Kuoy’s producer received a license to operate a small or medium enterprise for handicrafts from the Industry Ministry on April 1, 2014, Mealy said, but he was not sure if the license had been renewed.

“The technical processing in the past had no problems, but [we] are not sure how careless the owner has been in processing later on, or how the production was done, which led to problems like [those found in] the wine that we recently confiscated,” he said.

Industry Ministry spokesman Um Sotha could not be reached for comment.

Nhil Bunthoeun, director of the provincial industry department, told VOD on Friday that authorities had collected more than 92,000 bottles from 112 depots, stores and other locations.

On Monday, provincial police chief Ath Khem said the case had been transferred to the National Police’s jurisdiction.

Khem claimed authorities had confiscated all bottles of Taing Kuoy and that vendors had been willing to cooperate and surrender the goods to authorities.

“Previously, they didn’t know [about the poisoning] and when they found out, they were careful,” he said.

Preliminary test results last week showed that the wine beverage had a methanol concentration of about 10 percent.

After testing more samples, the Health Ministry said on Saturday that a sample from Poipet contained 13.5 percent methanol, a non-drinking alcohol found in fuels and solvents, while samples from two communes in Malai district contained about 15 percent methanol.

Victims who were admitted to hospitals had symptoms including vomiting, trouble breathing and vision loss, and some lost consciousness, the ministry said in a statement.

Roeun Sothy, head of the provincial health department’s technical office, said a total of 43 people had become sick, including the seven who died, after consuming the wine.

Two patients remain in critical condition, one in a hospital in Banteay Meanchey’s Mongkol Borei district and another in Siem Reap City, while about 30 others were discharged as of Monday, Sothy said.