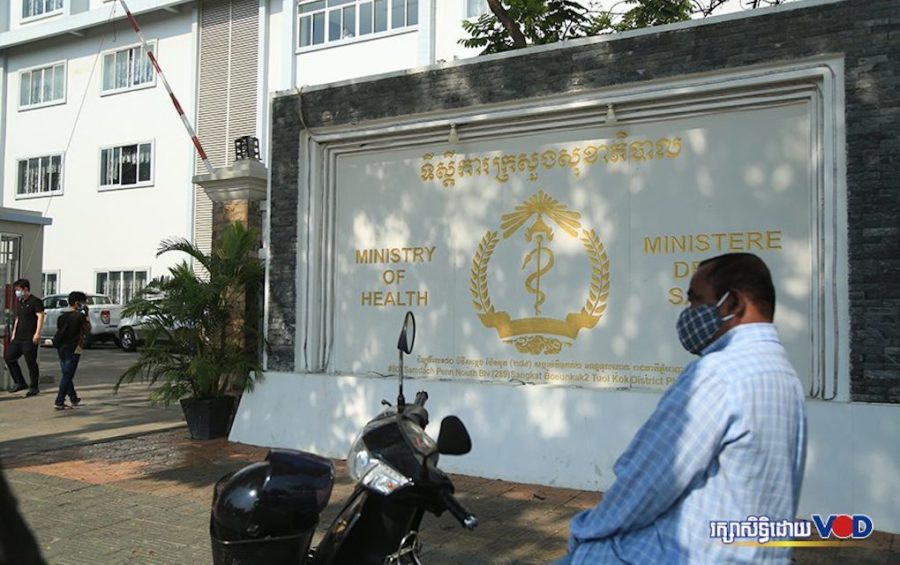 A Cambodian man who tested negative for Covid-19 was found dead in a quarantine center in Tbong Khmum province on Wednesday after voluntarily quarantining himself there since Sunday.

Keo Vannak, director of the provincial health department, said on Thursday that the 21-year-old migrant worker who had recently returned to the country from Malaysia died of exhaustion. The unnamed man’s body was cold and he fainted before he died, according to Vannak.

In a statement noting his death, the Health Ministry said the man’s postmortem sample was found to be negative for Covid-19 on Thursday evening.

The man arrived back in Cambodia through the Poipet border checkpoint on July 15, after he had traveled from Malaysia through Thailand. Vannak said after being checked and detained by doctors in Poipet from July 16, the man was allowed to travel to his home province of Tbong Khmum, arriving there on Sunday.

The Health Ministry said the man had been allowed to leave Poipet after his Covid-19 test came back negative on Sunday.

Vannak said the man voluntarily checked into a quarantine facility at Svay Khlaing Secondary School in Krouch Chhmar district’s Svay Khlaing commune on Sunday, however, a ministry statement said that he began quarantine on Monday.

Vannak said that nine other people who had tested negative were quarantined at the secondary school. He did not specify when they were tested. There are 271 people in quarantine in the province, the official added.

The ministry statement, released Thursday evening, said the man’s heath had been checked daily by health officials, and he showed no noticeable symptoms.  However, officials learned on Wednesday that the 21-year-old had a cold for two or three days and had requested that his brother bring him medicine while he was in quarantine.

His brother brought him the painkiller paracetamol; dexamethasone, an anti-inflammatory corticosteroid drug that was used to treat Covid-19 patients in the U.K.; the antihistamine chlopheniramine; the antibiotic tetracicliyne; and Moxy Cold, which includes paracetamol, chlopheniramine and the decongestant phenylperine, the statement said.

The ministry attributed the cause of death to exhaustion as well as mixing medicines, adding that after the deceased man’s body was tested for Covid-19, it was not cleaned and was buried in the middle of the night in order to avoid unexpected transmission of disease.

“The initial conclusion about this death is it could have come from exhaustion, together with taking many medicines that his body cannot bear,” the statement said. “The Ministry of Health would like to appeal and advise all people to not use medicine by themselves that cause high risks to their health and could be fatal.”