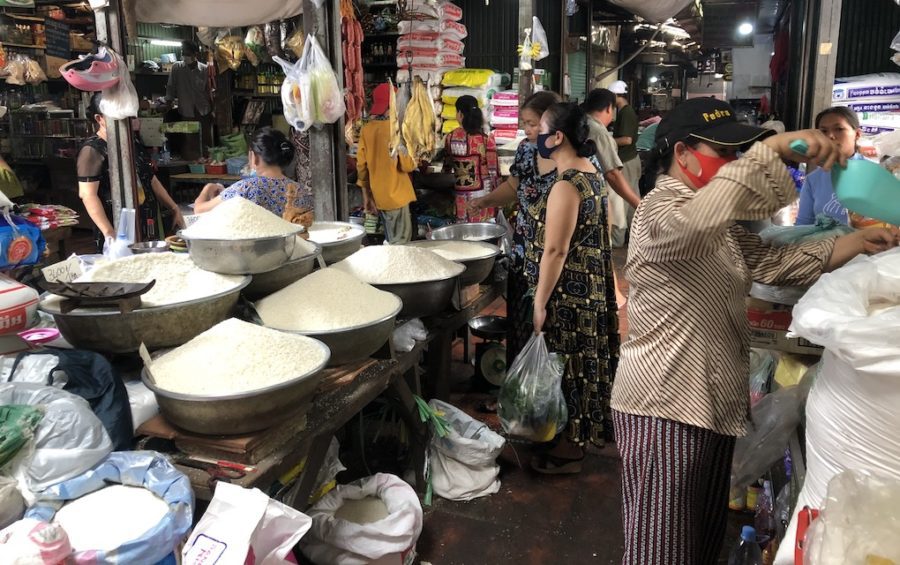 Phnom Penh and the provinces of Kandal, Preah Sihanouk, Prey Veng and Siem Reap have been designated as Covid-19 outbreak areas where masks and social distancing are required.

The Health Ministry announced in a statement on Wednesday that the areas had been determined to have Covid-19 transmission linked to the “February 20” cluster, and all residents must wear masks and maintain social distancing according to ministry rules issued earlier this week.

The requirements begin on Wednesday and continue until further notice, the ministry said.

According to the earlier proclamation of rules, anyone “who is in a crowded public place or a place with two or more people gathered” must wear a mask, with exceptions allowed for people who live together and during activities such as eating or drinking.

Previously announced penalties for violating Covid-19 public health requirements include fines of up to $250 for individuals and $2,500 for businesses. The recent Covid-19 Law also sets out jail terms for the intentional spread of Covid-19 and other infractions.

The ministry on Wednesday also announced 29 new cases of Covid-19, bringing the total cases since last year to 1,817 alongside 1,033 recoveries.

Commune police officers were already patrolling the city, with a particular focus on markets and other gathering places, to make sure people understand the need to wear masks and socially distance, Sokseyha said.

“It is a good point for the people and public to cooperate in preventing and stopping [Covid-19],” he said.

Preah Sihanouk provincial hall spokesperson Kheang Phearum also said authorities would first be working to get the word out.

“We will still continue disseminating and educating, but in case they don’t listen, if a small number is found to not listen and not participate, we will implement the measures then,” Phearum said in reference to potential penalties.

He added that the province had distributed hundreds of thousands of masks to people free of charge, and the majority of people in the province were already wearing them.

The province, which was one of the early epicenters of the cluster, had no new cases on Wednesday, he said.

More than 30 locations were still closed down due to suspected contact with the cluster, but 40 other locations had been reopened, he said.

Meanwhile, Tbong Khmum province recorded its first Covid-19 case in the February 20 cluster, a 42-year-old provincial police officer who sought treatment at two private clinics before being found to have coronavirus.

Tbong Khmum provincial administration spokesperson Keng Bunna said on Wednesday that 29 direct and indirect contacts had been identified and asked to quarantine, and the clinics were temporarily closed.

Authorities had yet to determine how the police officer caught the virus, but it could be related to a visit he made to Prey Veng province on March 12, Bunna said.

“It is likely not much of a worry. We will still be able to control it, because we realized it immediately,” he said.

Health Ministry spokesperson Or Vandine said recent cases were complex to trace to their sources, and health authorities were urging people to stay home.

“Like I’ve often advised people, don’t move around. When movement is happening, there will be contacts, but most people aren’t listening,” Vandine said. “If we do not take care by ourselves, who will help us to do so?”

According to a report from the ministry, the February 20 cluster has now reached 13 provinces including Phnom Penh.