Masses of Fabric Waste Being Burned in Brick Kilns Each Day 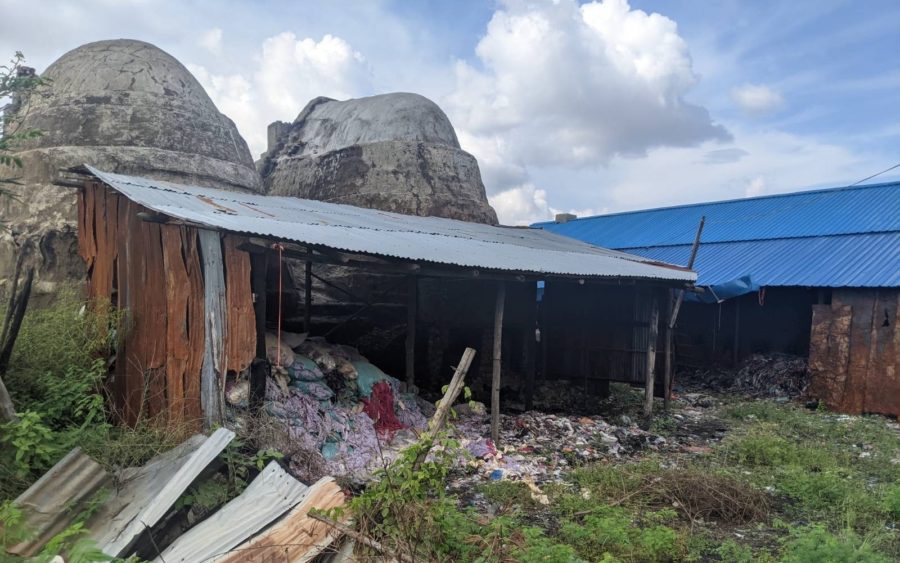 As much as 15 percent of the fabric churning through Cambodia’s garment factories ends up as waste — hundreds of tons every day.

But even from the road, one of the fuels that powered the brick kilns is easily seen: masses of small, cut-up, multi-colored rectangles of fabric piled up around the many concrete ovens. They produce harsh chemical smells when burned, leave a plastic residue and spark health complaints, but they are a waste product and cheap.

Pollution that could threaten the environment or people is a violation of environmental laws. But the practice of burning fabric waste is widespread, and a major contributor to environmental pollution and greenhouse-gas emissions in Cambodia.

GIZ, a German development agency, issued a report earlier this year detailing “pathways from key suppliers to landfill” in the country’s garment industry, the ninth largest in the world and employing 86 percent of Cambodia’s industrial labor force.

In the report, five factories spoke of variously selling fabric waste to scrap collectors, burning it in steam boilers or disposing of it through waste management companies. One scrap collector told the researchers that 80 percent of purchased fabric waste went to brick kilns.

Two brick factories, meanwhile, told the researchers that chemical smells and residue from the burning of fabric waste made them an unattractive fuel — but ever-present nonetheless.

The common alternative to burning is landfill, and already 60 percent of industrial waste in landfill is estimated to be garment fabrics, the report said.

Massimiliano Troperno, senior adviser at GIZ, said an estimated 15 percent of fabrics at garment factories became waste — or about 450 tons a day, 165,000 tons a year. Most fabric waste was currently ending up in landfill or burnt, he said.

Laurie Parsons, a lecturer at Royal Holloway, University of London, warned of the effects of burning garment fabrics.

“First, it releases a very large amount of carbon emissions, which are not recorded in national statistics. Second, it produces toxic chemicals that are harmful both to the local environment and the people who live and work around the burning,” Parsons said.

The problem was not unique to Cambodia, but it was widespread here, he said.

“Numerous brick kilns around Phnom Penh burn fabric waste for fuel. In addition, garment factories themselves also burn their own waste for fuel and waste disposal,” he said. “On this scale, this is a major issue for the sustainability of the industry and a major exploitation of Cambodia’s natural environment by Western brands.”

Parsons added that putting fabric waste in landfill was both unsustainable and a violation of global brands’ commitment to zero waste in supply chains.

Garment factories were coy about their fabric waste when visited last month. At one Phnom Penh factory, guards declined to put reporters in touch with administrators about fabric waste, insisting they were collected and disposed of properly.

Environment Ministry spokesperson Neth Pheaktra said that the government and private companies dealt with around 200,000 tons of industrial waste produced per year.

Some fabric waste was still being burned in brick factories, harming the environment and people, he said.

“The ministry, City Hall and provincial administrations are trying to educate those brick factories and any place that is burning it to understand the impact. We will continue managing and preventing the pollution from burning into the atmosphere,” Pheaktra said.

A 2017 ministry decree imposes a $100 fine for companies dumping waste into landfill, with a doubling of the fine if the violation continues. Burning solid waste can be fined $250. According to an earlier 2000 decree, any pollution that could threaten human life or environmental quality demands an immediate response from the ministry.

Meanwhile, some are looking for alternatives to burning and landfill.

One of the GIZ’s joint initiatives is a “Green Machine,” set to be introduced next year. The device would separate the various materials blended in the fabric. Recycling of single materials has long been possible, but the recycling of blends has not, a German Embassy press release says, calling the technology the first of its kind in the world.

Jasmina Sofić, spokesperson for the H&M Foundation, which is part of the project, said a feasibility study would determine the exact location for the machine.

The machine’s capacity is around 1.5 tons a day, but the company is exploring how to scale it up, Sofic said.

“Fabric waste is always a lost value and resource” putting significant pressure on the planet’s shared and scarce resources, she noted.

“We must eliminate waste as a basic principle if we are to future-proof the textile industry as well as our global community. Cambodia has a large textile industry with a global presence, the sheer scale of fabric waste generated from such a big industry presents a golden opportunity to create value and jobs.”

A fabric waste buyer, Hou Sokty, is also looking for ways to put scraps to good use. He said he was buying 7 to 8 tons of fabric waste from five Phnom Penh factories every day, and they were recycled into mops and towels.

The work saved fabrics from ending up in landfill or burnt, and provided work for people, Sokty said. “This is also important to help people have jobs and can help the environment as well.”