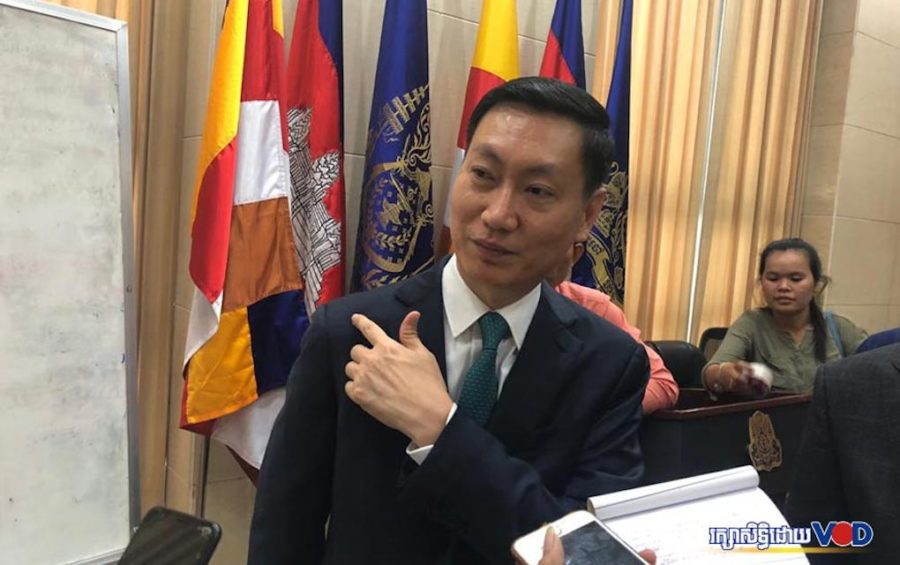 Cambodia has no plans to build hydropower dams on the mainstream Mekong River despite allowing researchers to undertake studies to assess their potential, the head of Electricite du Cambodge said on Thursday.

Keo Rattanak, director-general of the state-run electricity monopoly, told reporters that the government would not prevent studies on hydropower on the Mekong.

“But we have never discussed this for any kind of investment,” Rattanak said. “So, please, do not worry about this matter. We have tried to respond to the demand in other ways.”

The country faced severe power shortages during the dry season earlier this year, with homes across the country seeing daily blackouts alongside increased power bills.

With supply falling short of demand by about 400 MW in March, Prime Minister Hun Sen said that he would send Rattanak to Turkey to obtain a 200-MW “power ship” to restore power.

Since, the government has instead spoken of increasing solar power generation in the country in an attempt to meet the population’s electricity needs.

On Thursday, Rattanak said that by next year Cambodia should be sourcing 50 percent of its electricity from hydropower, 30 percent from coal, 5 percent from oil, fuels and imports from neighboring countries, and the remaining 15 percent from solar.

Hem Odom, an independent consultant specializing in natural resource governance, welcomed Rattanak’s statement, warning of the wide-ranging damage that a dam across the Mekong would cause, including killing off fish and collapsing its banks.

“Not only Cambodia, but also Vietnam would be affected, and the South China Sea,” Odom said. “A lack of river water from the Mekong upstream would bring salt water into the delta area of the Mekong River.”

In addition to the environmental effects, many Cambodians who depended on fish for their daily food needs would also suffer, he said.

A 2017 study by the U.S.-based Natural Heritage Institute also concluded that a dam across the Mekong would devastate its ecology.

Alejandro Gonzalez-Davidson, founder of local environmental group Mother Nature, said a one-off statement from Rattanak was not enough to give Cambodian people confidence.

“Prime Minister Hun Sen should make a public announcement, and not just once. It should be once every six months or a year to confirm that there will absolutely be no construction,” Gonzalez-Davidson said. “Then investors would back off. Keo Rattanak’s statement is not strong enough.”

Two hydropower projects on the Mekong have been proposed by tycoon Kith Meng’s Royal Group, backed by Chinese firms. The two projects, Stung Treng and Sambo, have not been approved by the government.

Further upstream, Mekong countries have already dammed the river, with 15,600 MW of hydropower on the Upper Mekong and nine dams in Laos producing 8,789 MW.