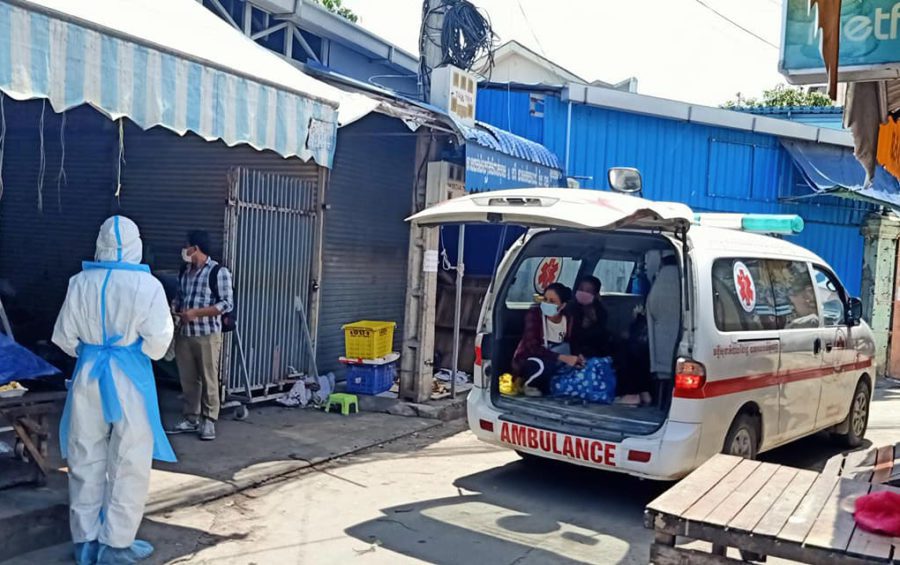 More than 2,000 people have visited a Phnom Penh mental health clinic in seven months, a doubling from last year, many of them suffering insomnia and developing unhealthy habits from worrying that they have Covid-19.

“We have noticed that the cases of people’s mental health problems have increased significantly,” said Sun Solida, project assistant and counselor at mental health care NGO the Transcultural Psychosocial Organization.

Many of those seeking help were doctors and other frontline workers coping with the stress of Covid-19 work, she said.

Problems of debt, loss of income and other pressures indirectly caused by Covid-19 were compounding the stress and anxiety people dealt with, she said. People who had lost family members to the disease were also struggling.

“People who come for mental support mostly are afraid and worried that they may be infected with Covid-19, until they suffer insomnia, waking up to feel unwell, tired and with sore muscles,” Solida said. Many were developing unhealthy habits such as eating poorly under the stress.

TPO had consulted no less than 2,000 individuals, without including some informal consultations, twice as many people as the first seven months of last year, she said.

An Khe is currently in Covid-19 quarantine at the Olympic Stadium. He said the positive diagnosis had put immense pressure on him.

“I haven’t let my family know because I know that my elderly mother would think a lot, and that could make her health deteriorate easily. But I cannot hide it forever,” Khe said. “I do not want this to happen again.”

Khe said he only had mild symptoms, but seeing ambulances all around him and others in serious conditions made him feel worried and afraid.

Cambodia has seen over 80,000 cases of Covid-19 as of Thursday, almost all of them since the country’s “February 20” outbreak. Phnom Penh’s lockdown in April raised tensions across the city, sparking some protests over lack of income and food. The country has been put under milder restrictions since the end of last week, including a 9 p.m. to 3 a.m. curfew in many areas including the capital, to prevent the spread of the Delta variant.

Health Ministry spokesperson Or Vandine said people in Cambodia and all around the world were dealing with challenges to mental health due to Covid-19 — both those with the virus and those without.

“Support from family and those around us is crucial. And the individuals themselves must know how to release anxiety by calming and doing exercise,” Vandine said. “Individuals must also be careful not to fall into serious mental problems because it would make the health condition even worse.”