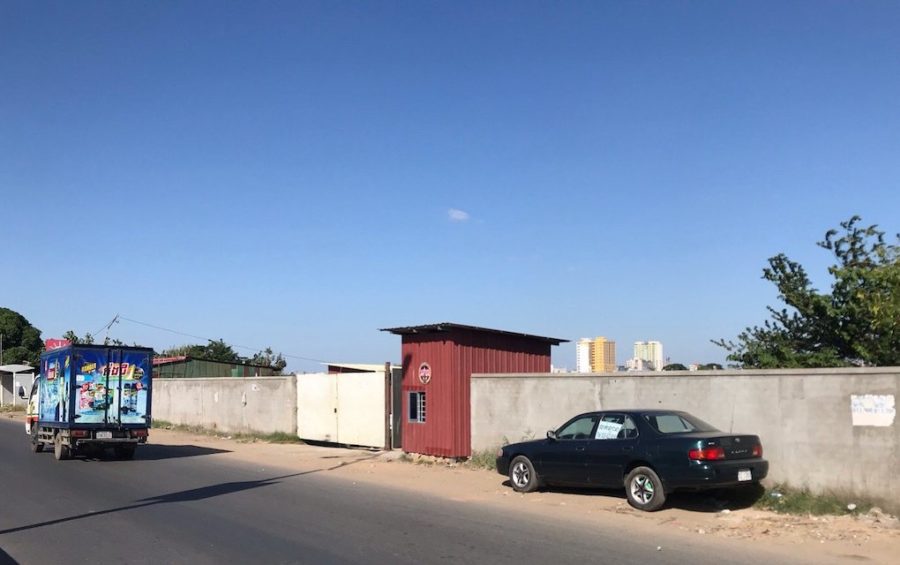 Armed military police officers locked more than a dozen local government officials inside the gates of a riverside compound on Wednesday following a “misunderstanding” related to the complex’s construction on state land, a city spokesperson said.

The Russei Keo district compound is on the site of old port facilities just south of Phnom Penh’s relocated Freedom Park, and is currently mostly a wall and guard post on the Tonle Sap’s riverbank.

City Hall spokesperson Met Measpheakdey said on Thursday that local government officials had gone down to suspend the construction, but there was a “misunderstanding” and a later “compromise.”

He said he didn’t know what caused the misunderstanding, but acknowledged that military police officers had locked the officials inside the gates of the compound.

Nearby residents said they had seen trucks of armed military officers arrive at the location around 11 a.m.

Samnang, a motorbike mechanic, said he counted about 20 military police officers standing guard outside the gate on Wednesday. Motodop driver Sopheak said the officials had been locked in for about half an hour.

As far as he knew, the city wanted to turn the old port land into a garden. But military police, who had been allowed to use the land temporarily to dock boats and store materials, began to dig holes and erect pillars, according to Sopheak.

A street seller nearby said she had been nervous seeing the military trucks and guns.

Russei Keo commune chief Moul Vireak said everything was harmonious. “There was no problem, and we went down to check the situation. It was state land, and we worked under the state together.”