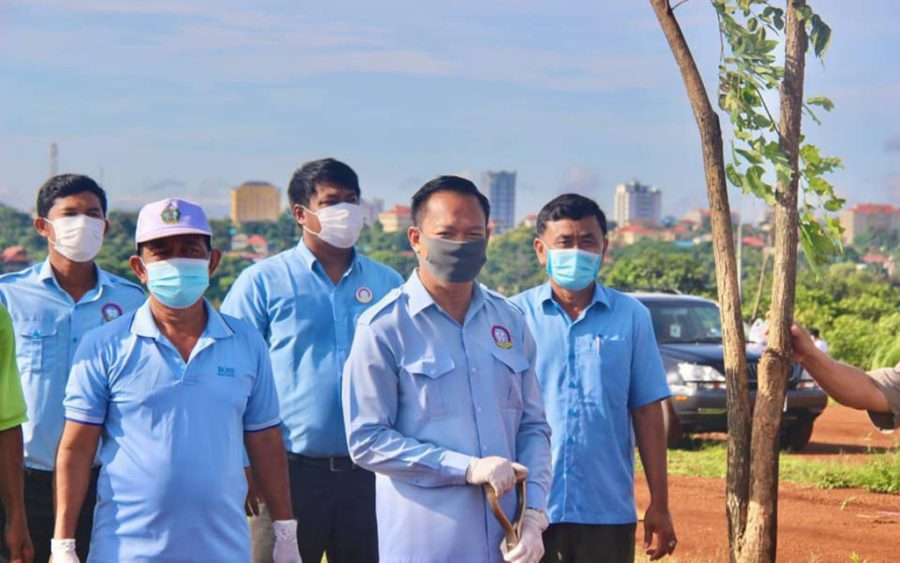 Ratanakiri governor Thong Savon, in a photo posted to his official Facebook page.

A Ratanakiri military police official was charged with insult and intentional violence for criticizing the provincial governor and for punching a person during his mother’s funeral last week.

Tuong Chan, who is deputy director of the logistics department at the Ratanakiri military police, allegedly punched an achar, or lay priest, at a pagoda in Trapaing Chres commune, Kon Mom district, and then insulted provincial governor Thong Savon for rushing the cremation of his mother, according to a report from the provincial military police.

Keo Pisoth, court spokesman, confirmed that Chan had been charged Friday afternoon and was questioned by an investigating judge. Keo Pheakdey, spokesperson for the prosecutor’s office, confirmed the charges.

“We have charged him with intentional violence and insult, both of them are criminal cases,” Pheakdey said.

According to the military police report, which was drafted by Brigadier General Thao Yen, Chan’s mother died of Covid-19 on September 5 and her body was taken to a local pagoda for cremation. It is at the crematorium that Chan allegedly misbehaved and punched a lay priest in charge of cremations.

Chan then took to Facebook the next day and directed his ire at provincial governor Thong Savon.

“Her body was required to be cremated in a rush under the order of the provincial governor, Thong Savon (no morality), and that order to cremate was because afraid of being infected with Covid-19,” he wrote on Facebook.

“I am very sorry for losing the mother who died due to Covid and the immoral governor has insulted my mother’s body as a Covid ghost. What I know is the governor has a higher education but poor morality.”

The report added that Chan was arrested on September 7, and criticized the officer for not upholding the force’s commitment to “enforcing the law, respecting discipline and professional ethics.”

Cambodia has issued guidelines for cremating bodies of people who died from Covid-19 and has exceptions on religious grounds. Crematoriums in Phnom Penh reported backlogs in July on account of the procedures needed to complete a cremation.