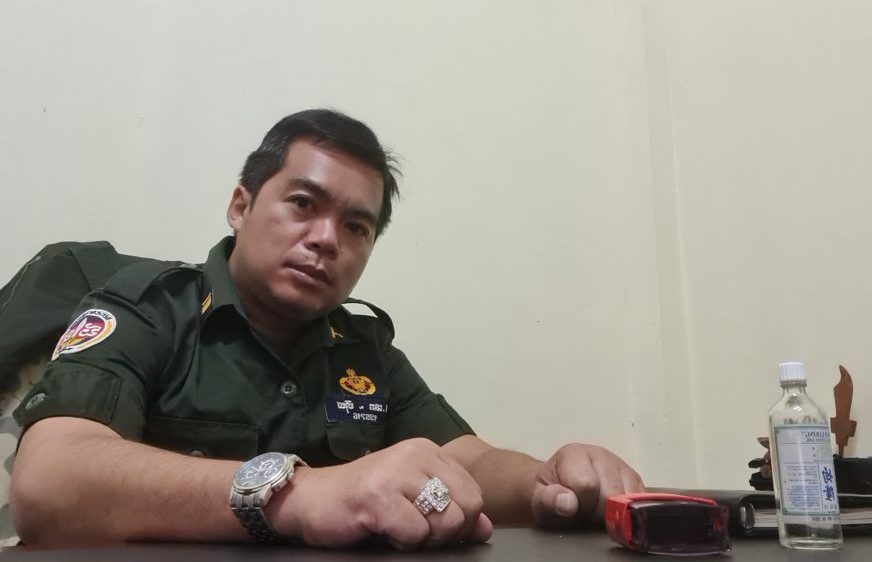 Kratie city’s military police chief has been charged for alleged torture, violence and death threats against two 12-year-old girls working at his house for purportedly causing the death of his puppy, while another officer was charged with intentional violence.

A Kratie Provincial Court document dated Monday says Tep Huy, the municipal military police chief, was charged under articles 211, 219 and 233 of the Criminal Code, and Kim Sovannarith under Article 219, and both placed in pretrial detention at the Kratie Provincial Prison.

The mother of one of the girls spoke out in a video posted online that Huy had pulled the hair of her daughter and niece and struck them on the head with a chair, while Sovannarith slapped her daughter three times.

They were angry following the death of Huy’s puppy, the mother said.

The military police officials had forced the girls to eat dog excrement and sleep with the dead dog for a night, she alleged.

“Please help find justice for my daughter and punish the perpetrators, because I am poor and I do not know why my children are being abused like that,” she said, adding that she had refused Huy’s offer to settle.

Huy, 42, was arrested on Saturday after committing violence against the 12-year-old girls, who needed treatment at hospital, a statement issued by provincial police said.

The girls were cousins from Chhlong district’s Kanhchor commune working as domestic helpers in Huy’s household for $100 per month.

“This case should be investigated more seriously because it happened to a minor who was a domestic worker, and we do not know what kind of torture they were put through,” Senkaruna said. “If an offense is found, strict action should be taken to strictly punish them and avoid lenient punishment … because they lean on being authorized and powerful officials.”

NGOs have campaigned over the lack of protections for Cambodia’s 250,000 domestic workers, most of whom are women. A 2019 joint civil society statement said there were no statutory requirements for salaries, holidays, maternity leave and contracts, and many employers were not complying with labor requirements in place.

National Military Police spokesperson Eng Hy could not be reached for comment.