Military police officers in Banteay Meanchey province are being questioned in regards to the alleged torture of five detained land activists, one of whom died this month while in custody, the military police spokesman said on Wednesday.

Eng Hy told VOD that none of the officers suspected of committing violence against the activists had been arrested.

Hy declined to say how many officers were being investigated.

“In the case that they violated the law, [and] used violence, they will be punished according to the law,” Hy said.

“We’ve told them and [the general] also to set some policies to tighten military police rules in order to respect professionalism and morality,” he added.

Three of the four surviving detainees — An Ruon, Nov Noeun and Him Kiry — earlier told VOD that they were beaten at the Banteay Meanchey provincial military police headquarters alongside fellow detainees Tuy Sros, the 34-year-old man who later died while being transported from prison to a hospital, and Yib Mak.

The five activists were “handcuffed and pushed into a car, and beaten, and pushed, necks twisted and beaten in the face,” Noeun said on Sunday.

The deputy provincial military police commander, Sar Bunsoeung, had ordered his subordinates to beat all five for answers, according to Ruon. Noeun and Kiry made the same claim.

“They beat me repeatedly, bleeding all over my head. I got a cut on my eyelids from the beatings. They kneed me, kneed on the spine and dragged and beat me on the head, and then put a helmet on me, then dragged and twisted my neck,” Ruon had recalled to VOD.

Hy earlier had denied the abuse accusations, saying the provincial military police headquarters had nothing to do with the alleged violence.

The five activists were arrested on December 28 amid a protest in front of the provincial hall over a land dispute. Sros died on January 1 while being transported from prison to a hospital, according to local authorities and his family.

The provincial administration said in a statement on January 1 that Sros had died from alcohol withdrawal.

Sros’s wife Buy Kimlak, however, earlier denied that he was unhealthy or an alcoholic.

Kimlak had told VOD that her husband’s corpse had bruises all over it, and when she visited him in the provincial prison on December 31, he was weak and barely conscious.

In a speech on Tuesday, Prime Minister Hun Sen told officials to investigate the accusations of torture, including Sros’s death.

“Arrange an investigative committee immediately in regards to the alleged case in which a person died in Banteay Meanchey province because of torture,” Hun Sen said. “If it’s real, the person who caused injury must be punished without any tolerance.”

Hy, the military police spokesman, said the committee began its investigation on Monday and would continue to call all military police officers suspected of involvement in the alleged violence for questioning.

The Interior Ministry’s National Committee Against Torture is also investigating.

The three land activists who allege they were tortured and submitted a complaint against the Banteay Meanchey military police — Ruon, Noeun and Kiry — were summoned to appear at the provincial military police headquarters on Thursday, said Soum Chankea, provincial coordinator for rights groups Adhoc.

Ruon’s wife, Rin Ry, said Thursday evening that her husband was still at the military police headquarters after arriving in the morning.

According to a summons letter dated Wednesday, the provincial military police called Kiry to appear at their headquarters to clarify about two VOD Khmer news articles published on January 11 and 13, which detail the alleged torture by military police, and a third article posted on the Khmer National Hero website on January 4.

Kimlak, Sros’s wife, on Wednesday declined to discuss the work of the government committee investigating her husband’s death by alleged torture.

She said she was not present during the alleged incident of torture, so couldn’t comment further.

“Like I told you, I didn’t see my husband clearly, so I have no idea about this,” Kimlak said.

Meanwhile, Chankea, from Adhoc, said in a since-deleted Facebook post on Wednesday that authorities had given money to Kimlak.

Kimlak denied receiving any money from officials, while Chankea said she had told him that authorities gave her about $250 for her husband’s funeral on January 1 and another $2,500 on January 2, according to Chankea’s post.

Kimlak later got an additional $15,000 to pay for a bank loan, Chankea said.

The rights worker said the large sum of money could be considered a bribe in order to prevent Kimlak from filing a lawsuit.

Kimlak rejected the accusation. Local and provincial authorities had just been talking with her and helping her, she said, without elaborating. 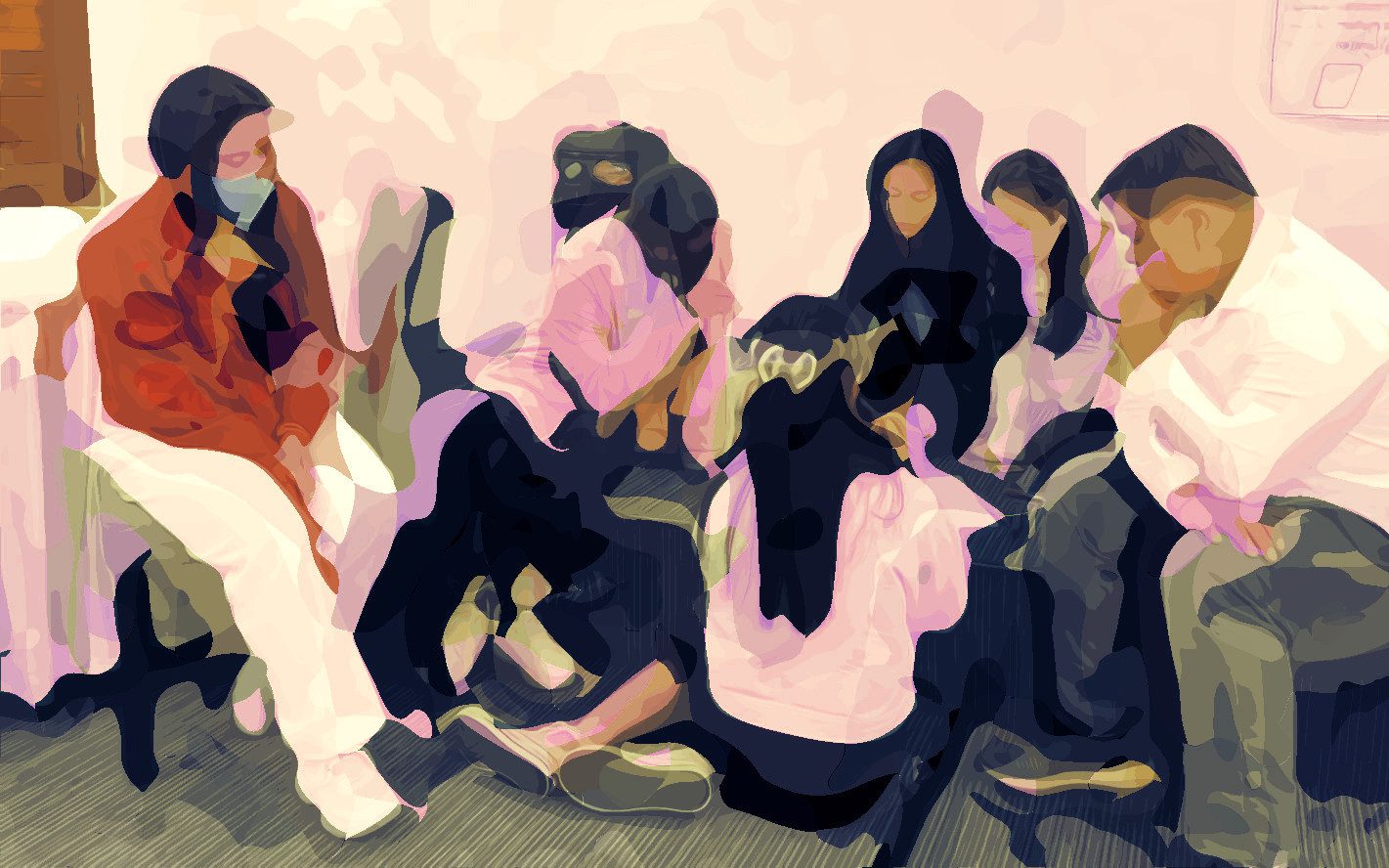