Military Tycoons Will Be Asked to Choose: Oknha or Soldier? 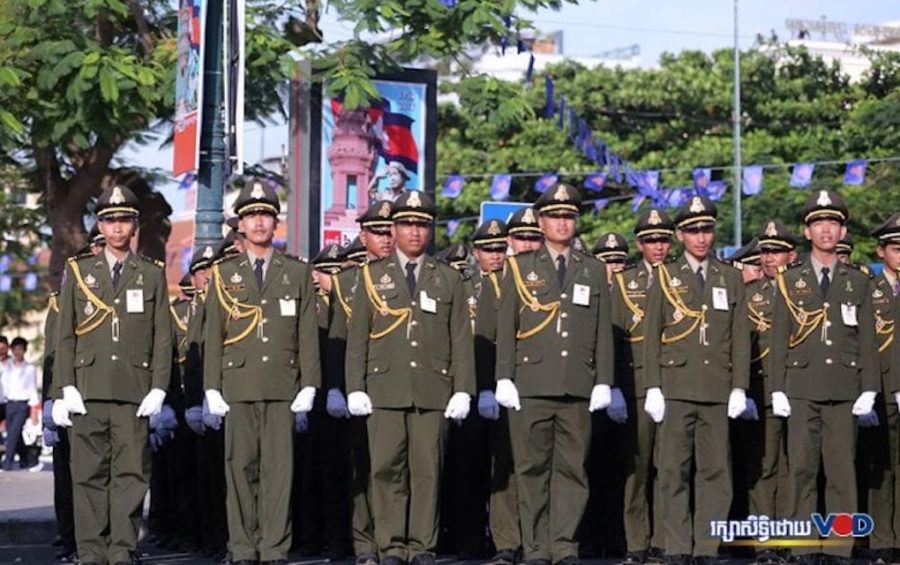 Officially designated “oknha” — tycoons who have donated hundreds of thousands of dollars to the government — who are also in the military will be asked to choose to be either oknha or soldier, Defense Minister Tea Banh said.

Banh announced the Defense Ministry initiative to enumerate the dual oknha-soldiers on Tuesday following the inauguration of a new military base in Phnom Penh.

Ministry officers had been ordered to collect data from all military bases, including the headquarters of Prime Minister Hun Sen’s bodyguard unit, military police, the ministry itself and other units to see how many oknha were in their ranks, he said.

Banh would “meet those who hold two titles and ask them to choose one,” he said, adding that it was important to be careful to avoid upsetting the oknha.

He would not specify when the initiative would be complete.

“I already answered. Don’t be curious too quickly. I would like to forward the information to all command units that they need to collect the data,” he said.

Hun Sen said on his Facebook page on August 23 that the ban followed an observation that some people with both oknha and military titles had abused their titles to pursue illegal businesses.

There were 61 oknha-generals, with the highest ranking among them being three-star lieutenant general, Solimo said.

Forty-five of them had agreed to give up their oknha designations, while 16 officers would relinquish their positions as generals, he said.

Rights group Adhoc’s spokesman Soeng Senkaruna welcomed the initiative, but said he hoped there would also be investigations into the supposed illegal businesses among the military and oknha ranks.

“If they are found to have committed illegal activities, there should be legal action taken to seize their property as state property,” Senkaruna said.

“In the past, we did not see any proper action taken, but recently there have been some actions taken against a few oknha. We hope this campaign will continue,” he added.

In August, Kong Kroeng, a lieutenant colonel and oknha, was arrested in relation to timber trafficking.

According to a royal decree, the title of oknha honors businesspeople who have contributed to building the nation.