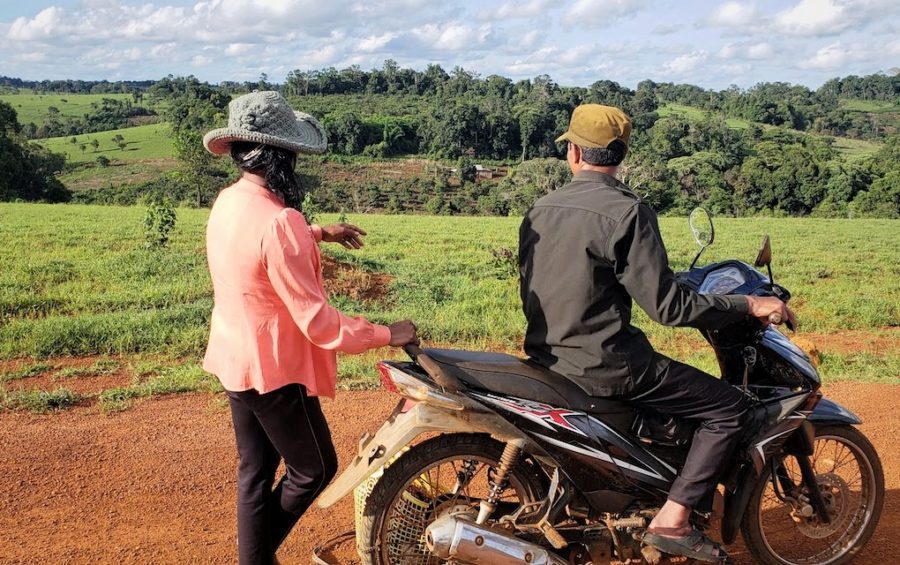 The initiative follows a public announcement from Interior Minister Sar Kheng earlier this month in which he claimed people were rushing to grab land in Mondulkiri province and using his name to do so. Prime Minister Hun Sen also ordered his ministries to issue land titles to people living on state land on July 3.

An indigenous community representative, however, questioned whether the current campaign would be any different from those of years past.

Sakhon told VOD on Wednesday that his ministry was working with the Land Management and Environment ministries to survey state land in Mondulkiri, starting that day.

Sakhon said the ministries have one month to complete the task, and the Interior Ministry would contribute to identifying and registering groups of people. The Environment Ministry would look out for illegal land encroachment, and the Agriculture Ministry would check ownership.

“We have to consider all aspects, especially to measure the state land, and we check who owns it, who has already been issued the title, and we will review and submit to the head of government to decide,” he said.

“We are conducting the first [surveys and land titling] for Mondulkiri, and we will do it in other provinces like Koh Kong,” Sakhon said. “In the provinces where we have the most [land] issues, we will do it there first.”

In a statement on Tuesday, the Land Management Ministry said the 550-member working group would use global national satellite system (GNSS) surveying tools to measure and collect data on how much land is actually occupied and by whom.

Kroeung Tola, a representative for indigenous groups in Mondulkiri, said he hoped the current titling campaign would improve upon previous ones, which had favored claimants with money.

Land disputes occurred at the hands of a small number of rich and powerful people, Tola said, and he hoped the new initiative would have “real transparency.”

He added that land prices had been rising in the province, spurring more disputes.

“I hope that the policy will be applied to individuals involved in crimes, from the small to the large,” Mengly said. “It will be effective if all the land that is state property is confiscated and we register the land as usual. I think that is more effective.”

Mondulkiri has a total area of more than 1.3 million hectares, of which 250,000 hectares are forested areas overseen by the Agriculture Ministry, 150,000 hectares have been granted to 25 economic land concessions, 40,000 hectares make up six reforestation areas, and 10,000 hectares belong to eight community forests, according to a Facebook post by Sakhon, the agriculture minister.