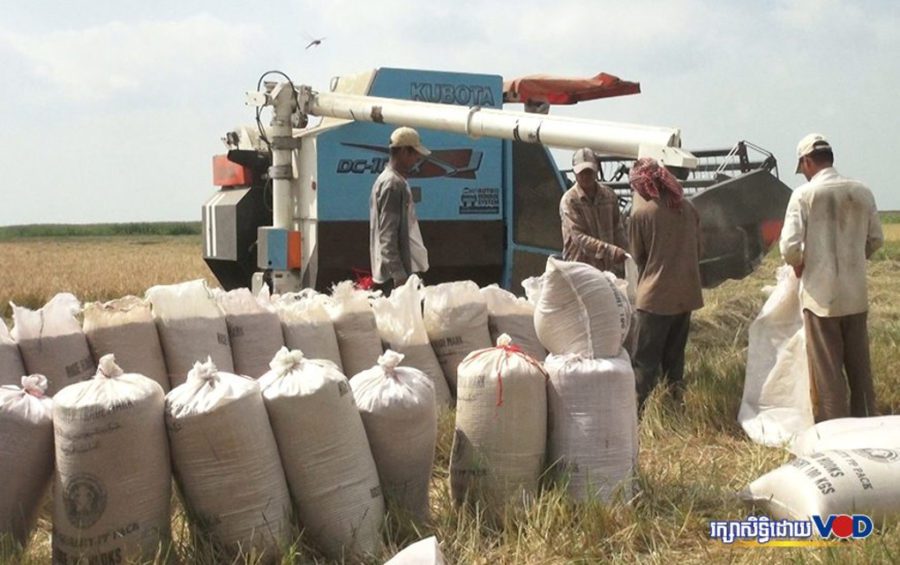 Prime Minister Hun Sen on Wednesday ordered government ministries to monitor rice millers to ensure that they used government-funded loans to help rice farmers profit rather than lower the price of rice, following the announcement of a $50-million government rice subsidy last week.

Speaking at a university graduation ceremony in Phnom Penh on Wednesday, Hun Sen told the ministries of commerce and finance to oversee rice-buying mill owners so that they would not offer a cheap price for rice to farmers after borrowing money from the government.

“Do not depress people’s rice prices. The government released $50 million to help rice millers but please understand, do not use the $50 million to strangle people and lower the price,” the prime minister said.

Last week, the government offered an additional $50 million to the Rural Development Bank to provide loans to rice buyers in order to keep prices stable for farmers.

Kao Thach, the bank’s CEO, told VOD earlier this week that the bank now had $200 million in total reserves for rice subsidies.

Spokesmen for the ministries of commerce and finance could not be reached.

The Cambodia Rice Federation thanked the Finance Ministry for allocating the additional sum to the Rural Development Bank to “expand the credit available to rice millers and rice exporters,” the Khmer Times reported.

“This will stabilise the price of paddy and allow more of it to be stocked, milled, process[ed] and exported,” CRF said in a statement.

Meas Nee, a social development analyst, expressed his support for the prime minister’s statement, and said that if the government does not follow up or set the buying price for rice companies, then the government rice fund would not benefit farmers.

“If the price is not checked or the rice price is not set, then it is not a budget concession to help farmers but only to help merchants earn higher profits by taking government money, and rice prices are still cheap,” Nee said.

In 2006, about 500 protesting farmers in Battambang province blocked National Road 5 over declining rice prices. Following the protest, the government has provided millions of dollars in loan subsidies each year in an effort to prevent decreasing prices.

Additional by reporting by Hun Sirivadh