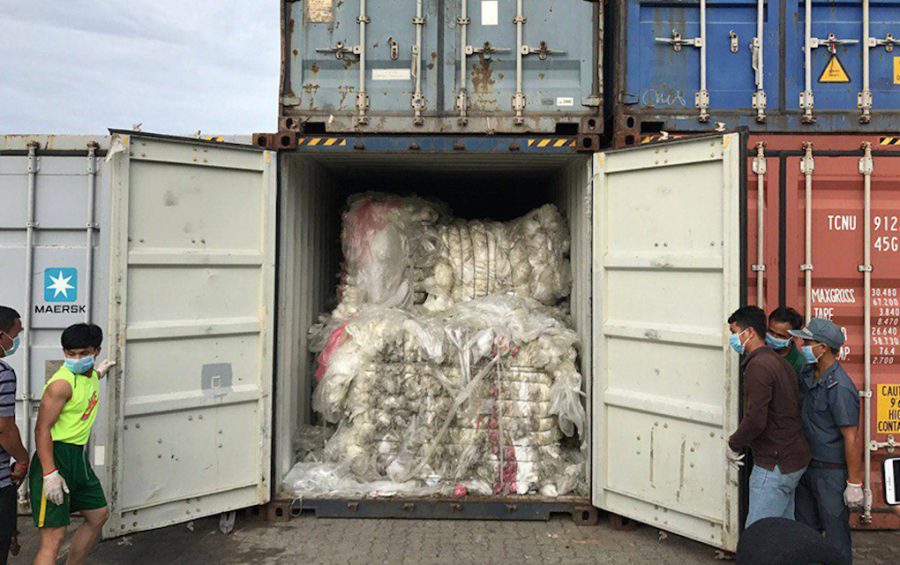 Environment Ministry spokesman Neth Pheaktra on Monday reiterated earlier government statements that 83 shipping containers packed with plastic refuse and left at the Sihanoukville port since last year came from the U.S. and Canada — despite Canada saying on Friday that the containers weren’t theirs.

The “70 containers come from the U.S. and 13 come from Canada as officials originally said,” Pheaktra told VOD in a message.

On Friday, however, a spokesperson for Environment and Climate Change Canada, the country’s environment department, said it was “made aware that the export of the waste to Cambodia did not originate from Canada and accordingly, the shipment will not be returned to Canada.”

Pheaktra declined to explain the discrepancy between Cambodia’s and Canada’s contradicting statements, or say to which countries 14 containers that were shipped out of Cambodia in August were sent.

In July, after revealing the contents of the containers to media at the Sihanoukville Autonomous Port and vowing to send the plastic waste back to its supposed countries of origin, Cambodian authorities said 13 containers came from Canada and 70 came from the U.S.

Chungyuen Plastic Manufacture, the company that imported the trash to Cambodia from September 2018 to January, was fined nearly $255,000 under customs, environmental protection and solid waste management regulations, according to a joint statement from the customs department and Environment Ministry issued in late July.

The company was also ordered to send the trash back to the two alleged source countries by August 24. However, by late August just 14 of the 83 containers were shipped out, with a new removal deadline for the remaining containers set for October 25 on account of shipping delays.

The U.S. has not publicly confirmed whether any of the containers originated from the country or have been shipped to the U.S.

Kun Nhim, director of the customs department, said he would try to reply to questions sent by VOD by 5 p.m., but had not replied as of Monday evening.