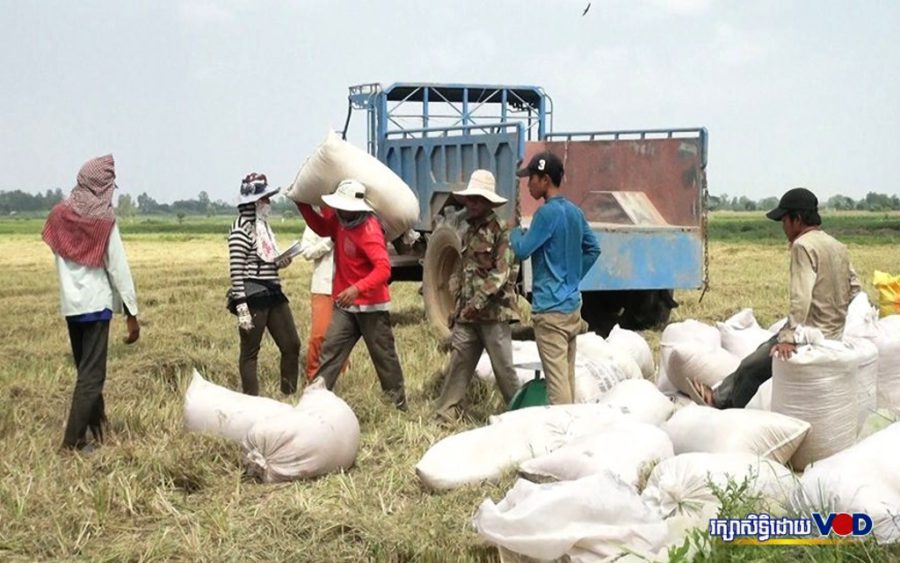 The minor Grassroots Democratic Party (GDP) suggested increasing subsidized loans to rice millers to $100-200 million a year to help farmers struggling with depressed prices as they flood the market with millions of tons of surplus rice.

Cambodian farmers produced more than 10 million tons of rice during the harvest season a year ago, with 5.6 million tons of it surplus, according to Agriculture Ministry figures cited by the Khmer Times. Just over 600,000 tons of it was exported.

The GDP said the government should lend up to $200 million a year in low-interest loans to millers and local traders to try to close the gap and prevent prices from dropping.

“This way, local rice millers and local traders will have sufficient capital to buy rice from farmers at reasonable prices,” the party said in a post on its official Facebook page.

Agriculture Minister Veng Sokhon, however, told VOD that the government already had such a policy in place, providing $50 million to the Rural Development Bank last month for low-interest loans to millers, and that it appeared to be working.

“I get data every day sent to me from all the provincial capitals,” Sokhon said. “Farmers seem to not be complaining about anything. They can sell.”

Following an analyst’s call to set rice prices this season to support farmers, Hun Sen said this would be a “communist” move. “Some people hate communism so much, but urge me to follow communism. What is it? [They] want us to set the rice price — so it is that he himself is good at insulting others, saying that others are communist, but he himself is also the person who forces others to implement the economy in a communist way,” the premier said late last month.

In 2016, farmers in Battambang province blocked a road in protest amid falling rice prices, spurring the government to provide millions of dollars a year in subsidies to curb the annual drop in prices.