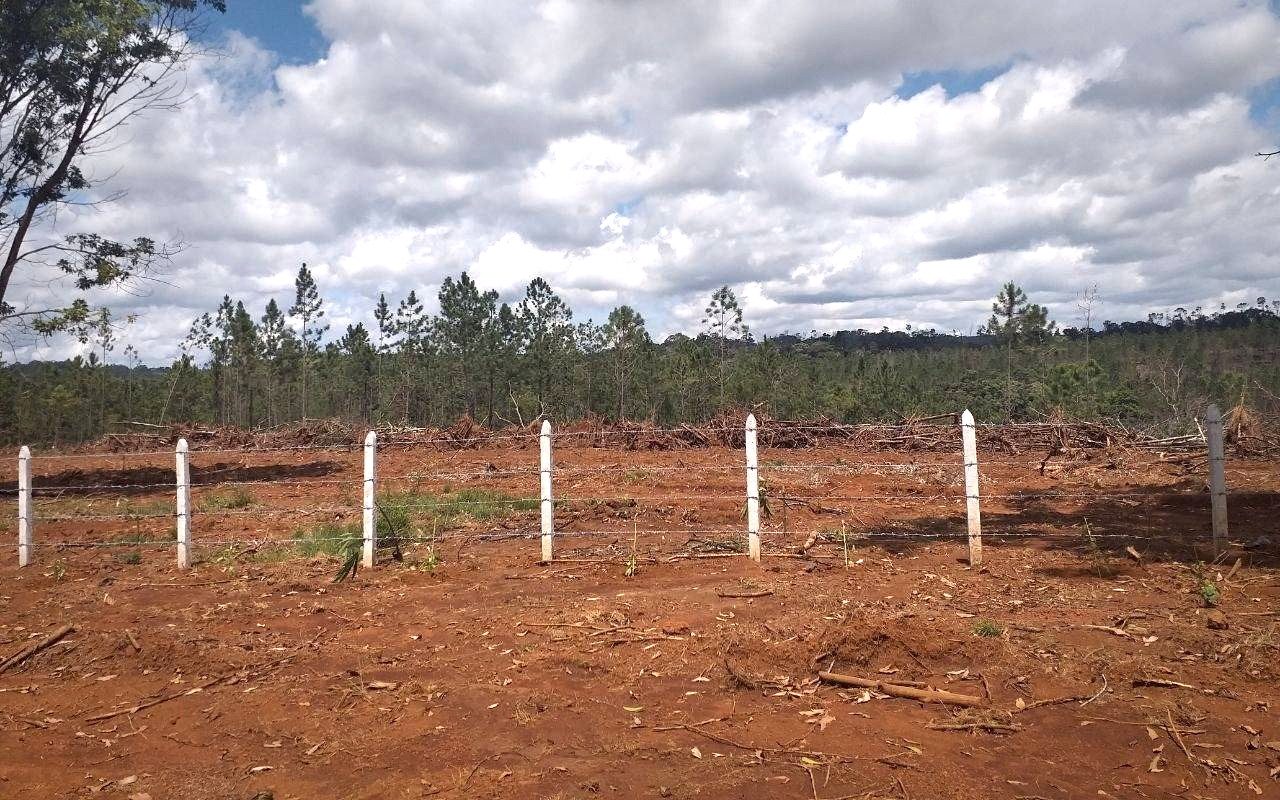 A rural road has been bulldozed into a patch of dirt and fenced off in O’Reang district’s Dak Dak commune in Mondulkiri, according to locals. (Boreth Kompi)

Mondulkiri villagers say a local road has been blocked by a private landowner, but they are not sure who is behind the development and a commune chief says he is unaware of the dispute.

Boreth Kompi, a resident in O’Reang district’s Dak Dam commune, said on Friday that the developer had earlier this month bulldozed a part of the road in Pu Leh village into a nondescript dirt clearing and built a fence blocking access.

The road had long been used by residents to go to their farms, Kompi said.

Kompi questioned the legality of the fence, saying he believed the road was public property. “The road is for serving the general public,” he said.

He added that the fence had come after residents protested in May because they had seen heavy machinery being brought into the area.

Chrot Kloert, another village resident, said he had no information about who the developer was.

He was upset about the blocking of the road, as it now took longer to travel in the area.

However, there was a new detour that was not too difficult, he said, suggesting the inconvenience was small enough to deter further protests. He added that residents had complained to the Land Ministry but received no response.

However, Dak Dam commune chief Chas Na said he was unaware of the issue at all — whether the blocking of the road, the building of a new detour, or the people’s protest at the commune hall in May.

“I have not been there yet. Who told you that?” Na asked. “Up to now I know nothing about this. If I know I will tell you.”

“There’s no need to talk about this. If they have any concerns, they should just file a complaint,” he added.

Kompi, the local resident, questioned Na’s stated ignorance. Around 20 locals had protested outside the commune hall in May and met Na, he said.

“What is he working for if he doesn’t know?” Kompi said. “So he works and knows nothing? Who did the residents meet at the commune hall then?”

Eang Vuthy, director of land rights NGO Equitable Cambodia, said if the road was traditionally used by the people, it should be returned unless there was a proper agreement that involved the public.

“If the road is a public road that was used long before, we cannot block it, according to the law. They need to open it back for the people. It is public property,” Vuthy said. “We also need to study how it affects the interests of the people.”