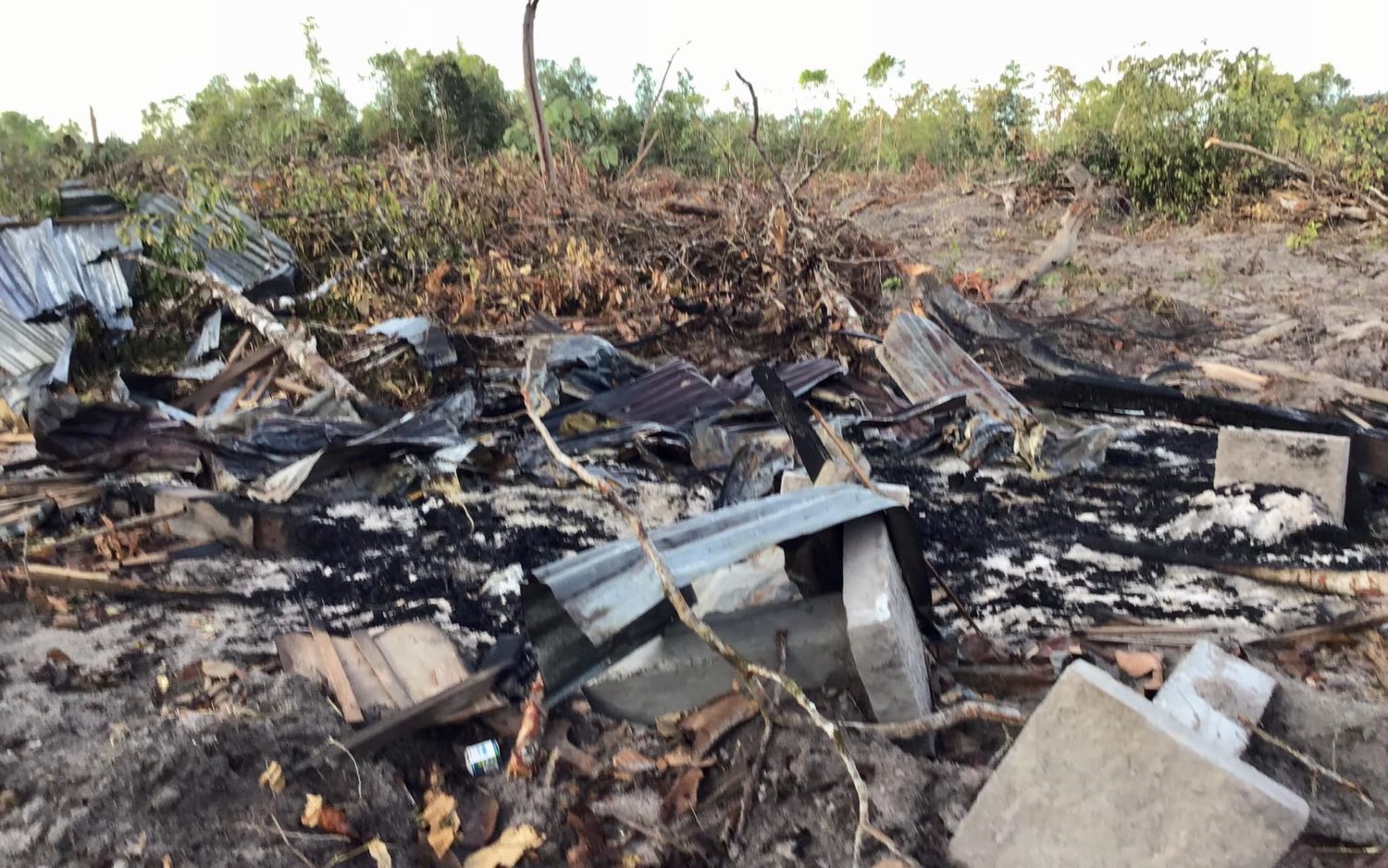 A photo of the burned down hut. (Prom Thomacheat’s Facebook page)

The residence of a monk living in a Kampong Speu has been burned down amid a land dispute with soldiers.

Prom Thomacheat, living in Oral district’s Metta forest, said the small hut where he had slept was burned to the ground on Monday. It followed a pattern of violence from soldiers laying claim to the land, he said.

“They’ve fired shots over my head” in the past, he said. “If I die, I die. What can I do in this situation? … People ask me to leave and no one would hurt me. But I won’t go.”

Community members say they were protecting Metta forest for years before the state handed the land to soldiers in August last year. The transfer sparked protests of hundreds and locals camping out in the forest to protect the woods, which is part of the Phnom Oral Wildlife Sanctuary.

But satellite imagery shows land clearing ramping up in the past two months, leaving broad scars through the forest. Residents have said they can no longer approach the clearings due to incidences of violence.

A community member, Khorn Khern, said she believed it was soldiers who had burned the monk’s hut, though she provided no evidence.

“Soldiers are now clearing and cutting the forest of the monk,” Khon said. “This is not right. This forest is a place that people and monks have been protecting for a long time. Now the sound of machines cutting down trees is close to the big pagoda.”

Trapeang Chhour commune chief Tep Nem said he had not received any report or information about the burning of the monk’s hut.