More Than 20 Sentenced to Life for Drug Trafficking 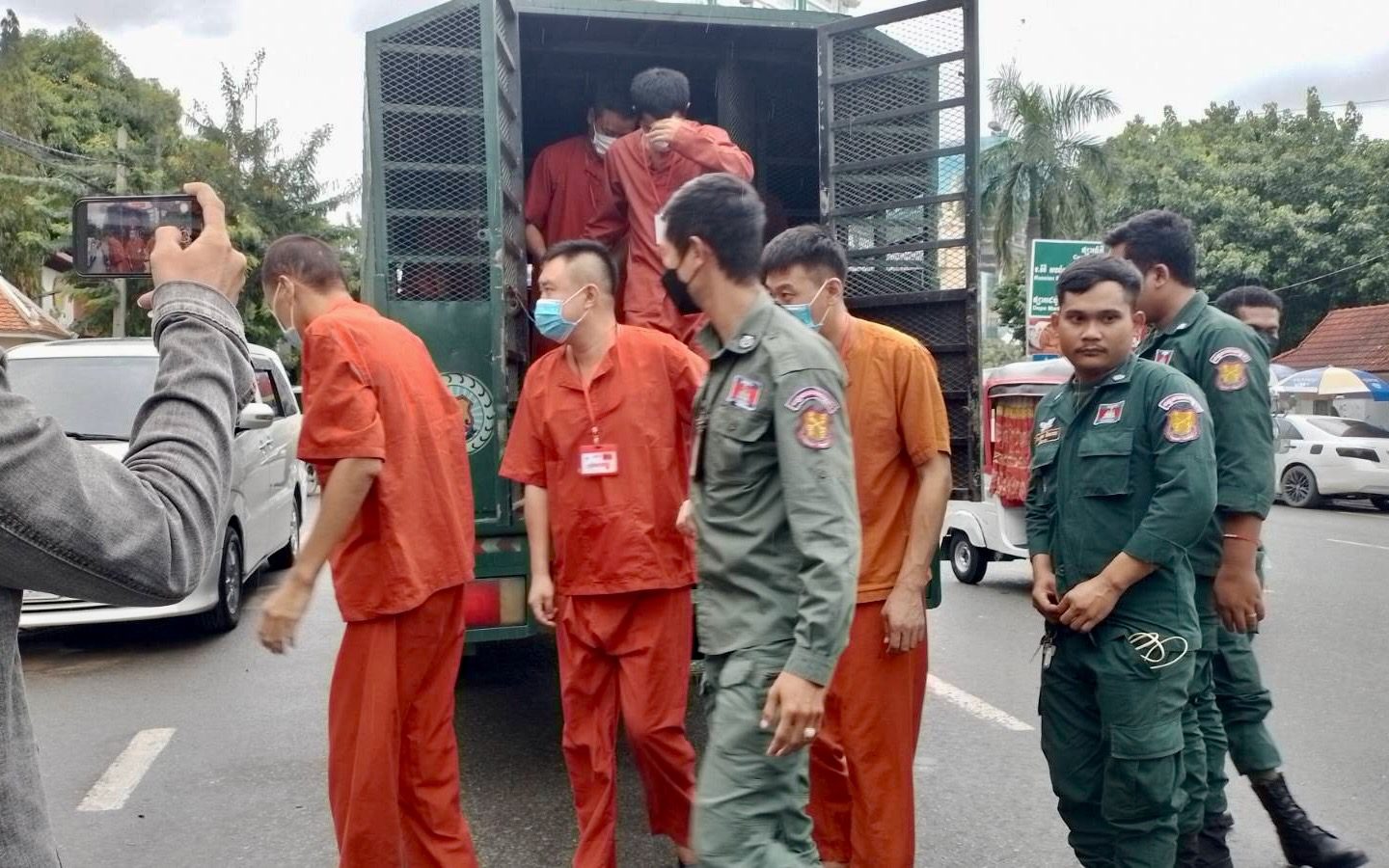 Suspects in a drug trial arrive at the Phnom Penh Municipal Court on July 21, 2022. (Ouch Sony/VOD)

Nine Chinese men in custody were sentenced to life in prison for alleged crossed-border drug trafficking to Australia and New Zealand alongside more than 10 others in absentia.

Phnom Penh judge Nhim Pisal issued a verdict on Thursday sentencing the nine men to life and 80 million riel each in fines (about $20,000) based on drug and money laundering charges. Pisal also sentenced more than 10 others in absentia to life and 50 million riel in fines each.

Cambodian authorities confiscated 347 kg of methamphetamine as well as two scales and other equipment used for packing the drugs into metal pipes, which they said were headed to Australia and New Zealand.

During their trial last week, the defendants denied knowing that their work — for which they were paid handsomely — was related to drugs.