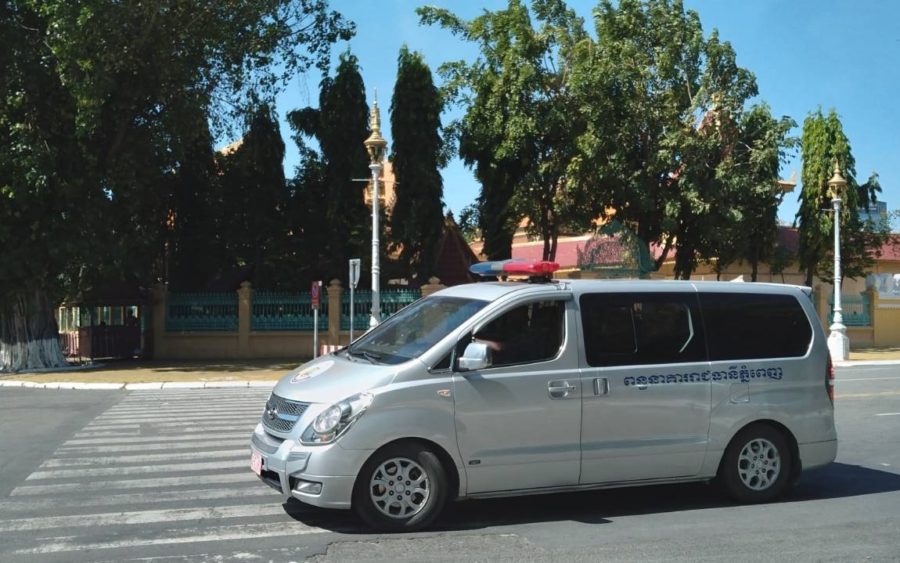 A garment worker with two young children told the Appeal Court she had no idea her husband was dealing drugs after the couple was arrested with 498 grams of meth while riding a motorbike from her job.

Kong Chenda, 30, was arrested in May last year, and sentenced to 22 year in jail at the Phnom Penh Municipal Court this February. Her husband, Sok Thoeun, was handed a 25-year sentence.

On Monday, she appeared at the Appeal Court seeking bail while she pursued an appeal of the conviction.

Presiding judge Sin Visal said the couple had been arrested in Toul Kork district’s Boeng Kak I commune with 497.95 grams of methamphetamine, adding that each was fined 40 million riel, or about $10,000.

Under questioning, Chenda told the court she was asking for bail as she was not involved in drugs and because her two children, aged 3 and 1, only had her sick mother to care for them.

“You were with your husband when you were arrested. Why do you say you did not know?” judge Visal asked.

“I didn’t know. He came to pick me up from work,” she replied. “I asked for release [on bail] because no one looks after my children and my mother is old and sick.”

Her defense lawyer said Chenda had been a garment worker near the Prek Pnov market. Her husband had picked her up as usual, but did not go straight home that day, instead dropping off drugs to another person.

The lawyer said that Chenda’s husband had testified in the lower court that his wife did not know about the drugs.

“My client has two children to look after, and now both husband and wife are in prison and no one looks after the two children, who need parental care. So it is very important that the court decide to let her be released on bail.”

The judges denied the request, however, saying the charge against her was serious. Her continued imprisonment would prevent reoffending, and she was expected to reappear at the Appeal Court for her appeal hearing on December 17, they added.