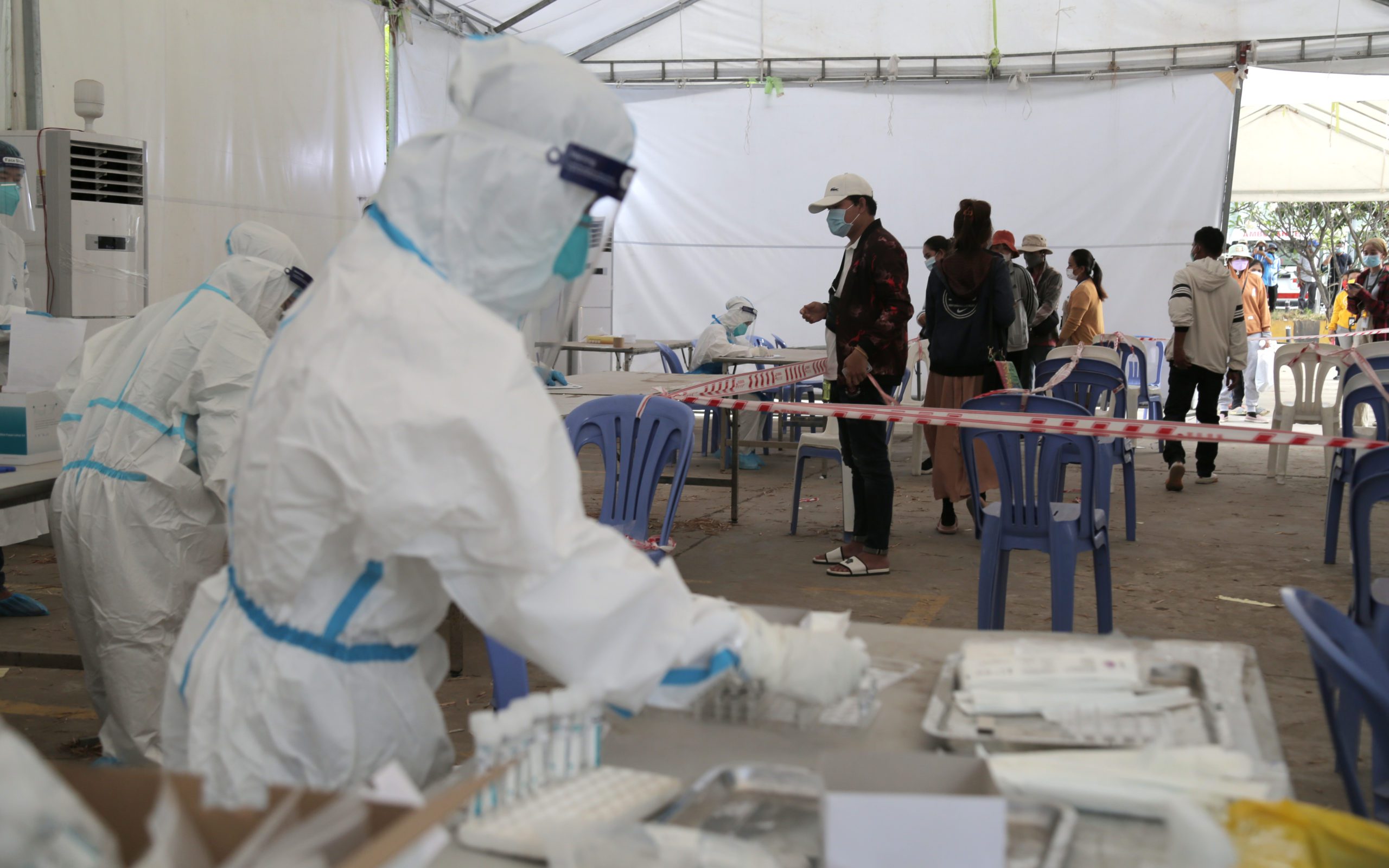 After 10 days of self-isolation, NagaWorld strikers returned for another round of Covid-19 testing and were given no further instructions to stay home — leading them to begin planning for a return to rallies.

The workers began daily protests on December 18 over mass layoffs that they allege targeted union leaders and members. But they were shut down earlier this month by health authorities, who found a positive case in a worker who had not attended rallies for two weeks.

Men Sotyvanak, a laid-off NagaWorld worker, said the strikers had yet to meet since the second round of tests, but they were ready to return to protesting.

“We already followed the health measures for the first test. So after this test, we will start the strike again,” Sotyvanak said, though workers had yet to decide which day to begin protests again.

Health officers at the second round of testing had only told them their rapid test results with no further instructions, she said.

“We’ll still follow the Health Ministry. We don’t want to cause any public disorder. We are striking peacefully.”

City Hall has also banned the workers from rallying in public places, telling them to go to the relocated Freedom Park on the city’s outskirts.

Nuth Syramy, waiting at the testing center at Phnom Penh’s Koh Pich on Thursday, said she wanted to quickly return to protesting, and that protesters would stay close to the NagaWorld casino on Sihanouk Blvd.

“We can’t go anywhere but in front of the company or around the company,” Syramy said.

U.N. representatives, including its envoy to Cambodia, Vitit Muntarbhorn, on Wednesday criticized the quarantine of NagaWorld strikers, saying authorities must not disguise a crackdown on peaceful and lawful labor action as a public health response.

“There is a general inconsistency and lack of transparency in Cambodia’s COVID-19 protocols,” the experts said. “In this case, authorities appear to have dressed up efforts to stifle peaceful and lawful labour action as public health measures. There cannot be one rule for striking workers and another rule entirely for the general public.”

They said City Hall’s latest ban on demonstrating near NagaWorld was inconsistent with international human rights law, and workers did not have clarity on when they would be released from quarantine.

City Hall said 16 workers out of 163 had tested positive on Wednesday, while the Health Ministry announced 444 new Covid-19 cases on Thursday.