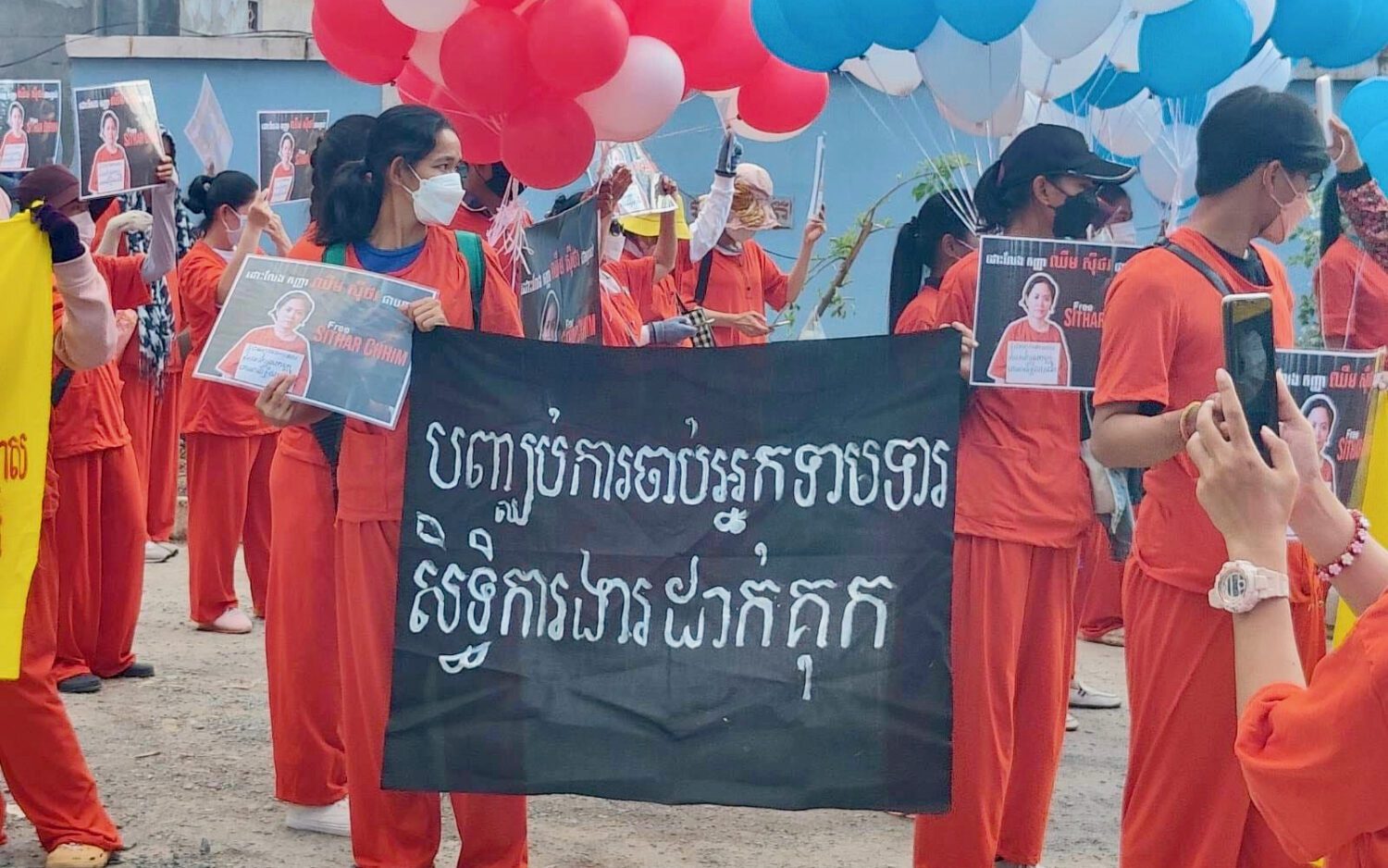 The rally, on Saturday, came after the strikers joined a human rights day gathering at the city’s Freedom Park.

Protester Sok Thavuth said the rally outside Prey Sar’s Correctional Center 2 was a show of support for Sithar.

“We want to say that she is not alone, and what we want is rights as human beings as well as labor rights.”

Sithar was initially arrested in January for incitement over the casino workers’ protests, then released on bail in March after agreeing to stop participating. But she was rearrested in late November after returning from a labor conference in Australia for violating bail conditions prohibiting travel that her lawyer says she was not aware of.

“This means that the strikers are not afraid of being imprisoned. We have the right to expression. If we have to be imprisoned for self-expression, we won’t be scared,” Thavuth said, estimating there were around 100 protesters outside the prison.

According to a video from the protesters posted online on Saturday, prison officials came out and told strikers to move away from the front of the prison to make it easier for other inmates’ families to enter. The protesters replied they would stay across the street and avoid disturbing visitors.

Cambodian Food Service Workers Federation president Ou Tephallin spoke outside the prison that the aim of the protest was to raise awareness about injustices on human rights day.

The European Federation of Food Agriculture and Tourism Trade Unions expressed support for Sithar last week in a letter to the Cambodian ambassador in Brussels, calling for her immediate and unconditional release.

NagaWorld workers have been protesting since last December over the layoffs of more than 1,300 employees that they say targeted unionists.

“The strike was in response to NagaWorld’s attempts to destroy LRSU leaders under the cover of necessary Covid-19 layoffs,” EFFAT said in its letter, referring to the NagaWorld union Labor Rights Supported Union.