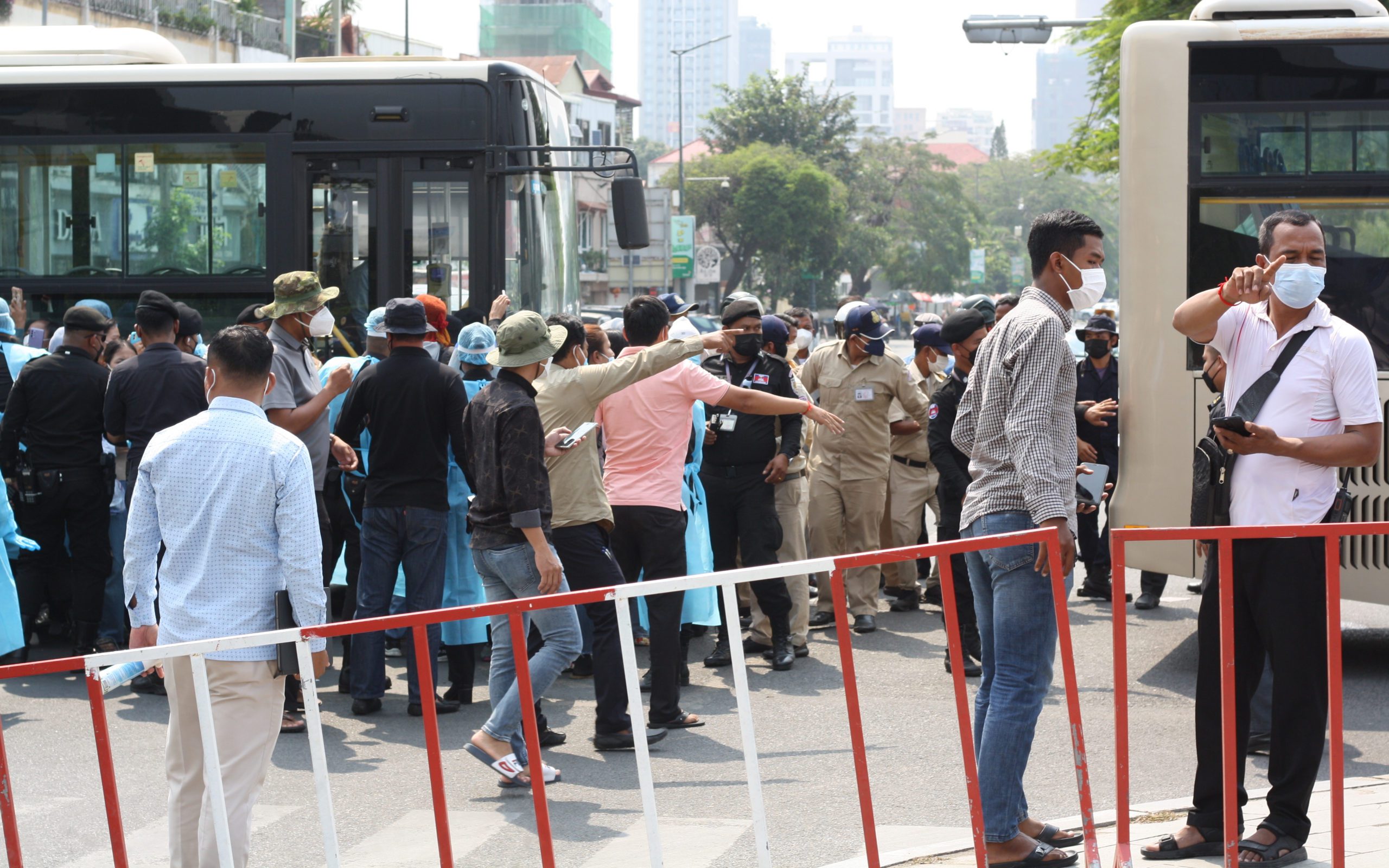 Authorities stopped observers from taking photographs as NagaWorld protesters were again forced onto buses and taken to a Phnom Penh quarantine center.

Attempting to continue their protests that began in December, the workers came to the corner of Sihanouk and Sothearos boulevards around 2 p.m. Friday afternoon. They were quickly instructed to board a line of parked public buses, with resisting workers pushed onto them.

Protester Sat Sakada, 35, said he was taken by bus to a quarantine center in Prek Pnov, in the north of the city. Some 155 workers had been taken there, he said. It was his third time being brought to the center in recent weeks as the workers have tried to resume their protests.

After near-daily demonstrations for about a month and a half, health authorities shut down the protests in February, including authorities jailing three workers under the Covid-19 Law. The protesters are demanding the release of a total of 11 jailed workers, as well as the reinstatement of union leaders they say were targeted in mass layoffs last year.

“I knew that I would be taken to the center if I came, but we still haven’t got any solution. So we need to strike for a solution. The ministry has not solved this dispute. We’ll do this again and again,” Sakada said.

The workers were cleared out by about 2:10 p.m., as authorities told NGO observers and journalists that they were not allowed to photograph what was happening. An official also threatened VOD reporters to delete their photographs as they tried to leave.

Adhoc spokesperson Soeng Senkaruna said staff from his rights group had been threatened to hand over their phones.

“This is pressure against civil society’s freedoms and rights,” Senkaruna said. “It’s a problem.”

“It was clear today that the authorities were trying to stop civil society and journalists from taking photos.”

The journalist, who is a member of the association, had been mistaken for a protester, Vy said.

“They pushed her onto the bus because they were confused,” he said, adding that reporters were facing pressure from authorities over covering the protests.