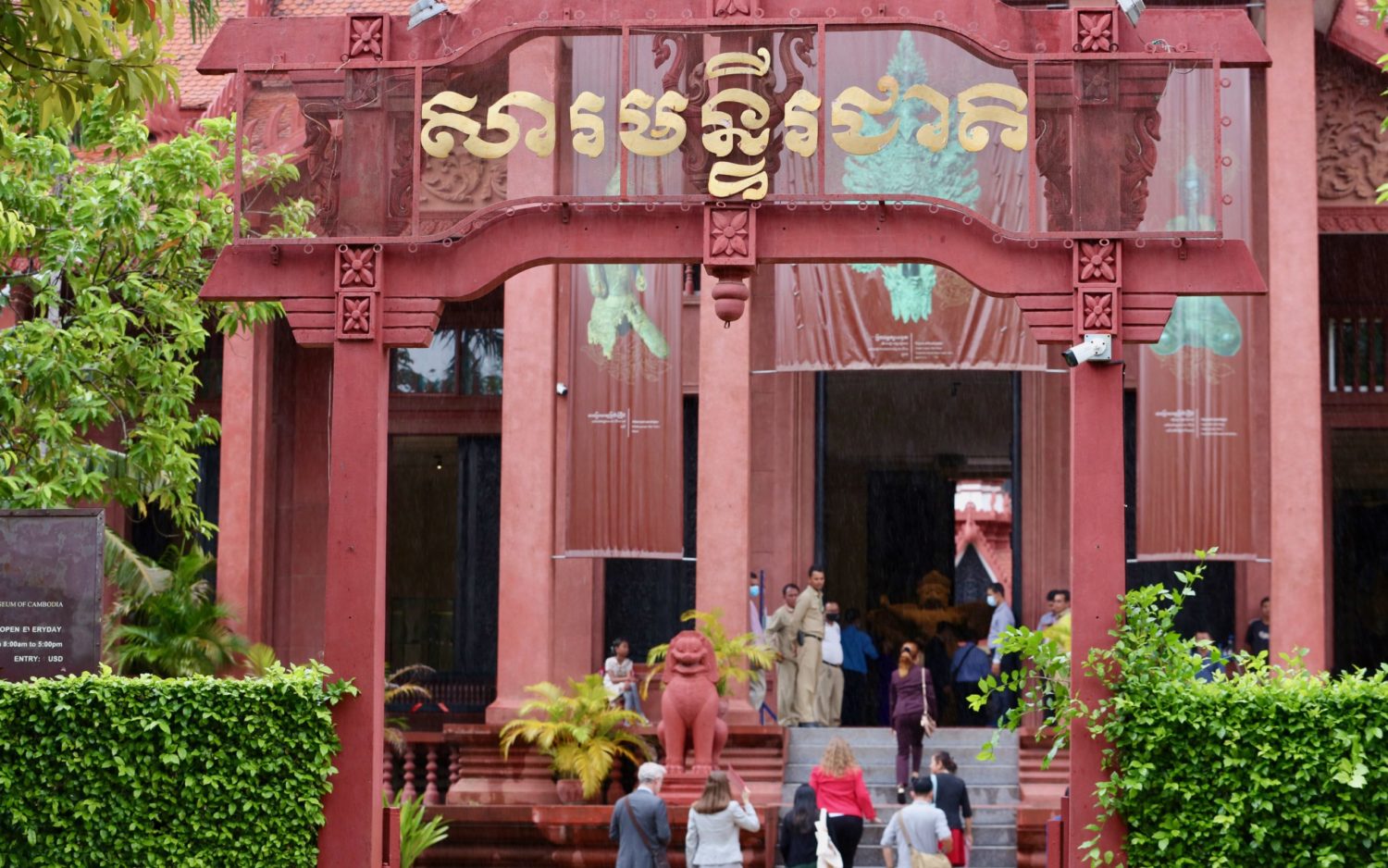 National Museum staffers have filed an official complaint to the Anti-Corruption Unit accusing the museum’s new director of taking hundreds of thousands of dollars of museum revenue for personal gain.

In addition to embezzling money, Visoth pressured and mistreated staff and repeatedly used the culture minister’s name for unethical behavior, the complaint says.

“The individual named Chhay Visoth committed corruption by taking money from ticket sales for visiting the museum, on average per month totaling $36,380. If counting from January till December 2022, the yearly amount is $436,560,” the complaint says.

Two staff members corroborated the accusations while speaking on condition of anonymity due to fears of reprisals.

Visoth took the directorship in early 2020, and replaced many long-time employees with young staff, a staff member said. He also hired his wife to be director of the museum’s education office, they said.

“He said that if [any staff member] did not follow him, he would remove them. If he asked anyone to do anything, they had to do it.”

They said Visoth had concealed museum funds for his own benefit, and claimed that around half of more than 100 employees had participated in filing the corruption complaint.

They added that Visoth had withheld bonuses from staff, repeatedly bringing up Culture Minister Phoeurng Sackona’s name as his excuse for delayed payment.

“He would say, ‘If anyone dares to object, let’s ask the minister. Which staff member dares to question her?’ So it went from day to day, and now it is three years.”

The second staff member said employees used to receive a share of museum revenues before Visoth arrived. They could receive up to $400 a month during the busy season from October to March, and around $100 the rest of the year.

They added that Visoth had used words against them that strongly affected her feelings.

Visoth could not be reached for comment, with calls to his phone number not going through. A reporter was blocked by the number on Telegram after sending a message that was marked as read.

Culture Minister Sackona referred questions to the ministry’s spokesman, Long Ponnasirivath, who declined to comment on the case as it was under investigation by the Anti-Corruption Unit.

ACU spokesman Soy Chanvicheth confirmed the unit had received the complaint, and would only say the unit “will follow our clear procedures.”

Transparency International Cambodia director Pech Pisey said it was rare for state employees to accuse a boss of irregularities.

“Only if it reaches a serious level will they dare to report it,” Pisey said, urging the ACU to investigate the case independently and thoroughly.