Nearly 20,000 Forces to Be Deployed on Independence Day, Water Festival 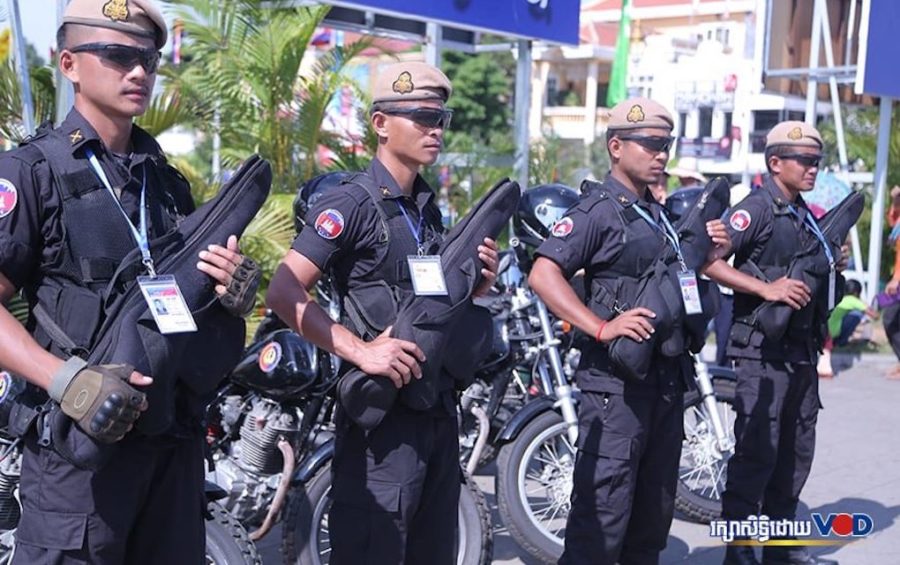 Nearly 20,000 members of the armed and police forces will be deployed during upcoming public holidays from Saturday, when leaders of the outlawed opposition party have vowed to return to the country.

Authorities have prepared to maintain public order during the long holiday weekend, and security during Water Festival, from Sunday to Tuesday, would be heightened compared to previous years, Kim Khoeun said.

“Forces to keep security for the festival total nearly 20,000. I cannot say how the forces will be managed but authorities have already set up a plan, including to be ready to arrest,” Kim Khoeun said.

Authorities, including police, military police and soldiers, from all provinces would cooperate, and commanders in provinces bordering Thailand had been prepared since late October, the spokesman said.

Rainsy, who has lived abroad since late 2015 to avoid a number of criminal convictions, which he calls political, said in August that he intended to return to the country and lead a people-powered movement to challenge Prime Minister Hun Sen’s rule.

Rainsy said last week that he was willing to risk his life and imprisonment in his attempt to return to Cambodia. Hun Sen has vowed to arrest Rainsy and other senior leaders if they step foot into the country.

In a Facebook post on Monday, which Rainsy said would be his “last address to the Cambodian people before his repatriation,” the exiled leader called Hun Sen a “national traitor working against our country’s interests.”

“We have to bring down this destructive regime,” said Rainsy, who Hun Sen and ruling CPP leaders regularly refer to as a traitor, rebel and convict.

Since Rainsy’s promised homecoming announcement, dozens of former CNRP members and activists have been charged and arrested in connection with their support for his planned return, which the government has called a coup attempt.

“Related forces have to follow the command committee, prepare the forces and be armed with enough weapons, and participate in being stationed at the three airports, and if anything changes, starting from today, be ready with forces to implement the orders,” Sokha said, as quoted by the government-aligned Fresh News media portal.

Sokha also ordered commanders in coastal provinces, including Preah Sihanouk, Koh Kong, Kampot and Kep, to be ready with forces and implement orders in case Rainsy attempted to enter Cambodia by sea.

“At every place, we’ve already prepared to implement the orders against the convict and accomplices and supporters,” Banh said.

The CNRP on Saturday issued a statement condemning the ruling party over its use of government authorities, including the Civil Aviation Secretariat, to prevent the return of the CNRP leaders.

Political observer Lao Mong Hay said the preparation of forces to stop Rainsy and other CNRP leaders resembled preparations for war rather than security.

“Samdech [Hun Sen] is the commander of the military and issues orders to prevent the return of Sam Rainsy, accusing Sam Rainsy of wanting to hold a coup d’etat to overthrow the government and the king. This seems like a war but [he] did not really declare war,” Mong Hay said.