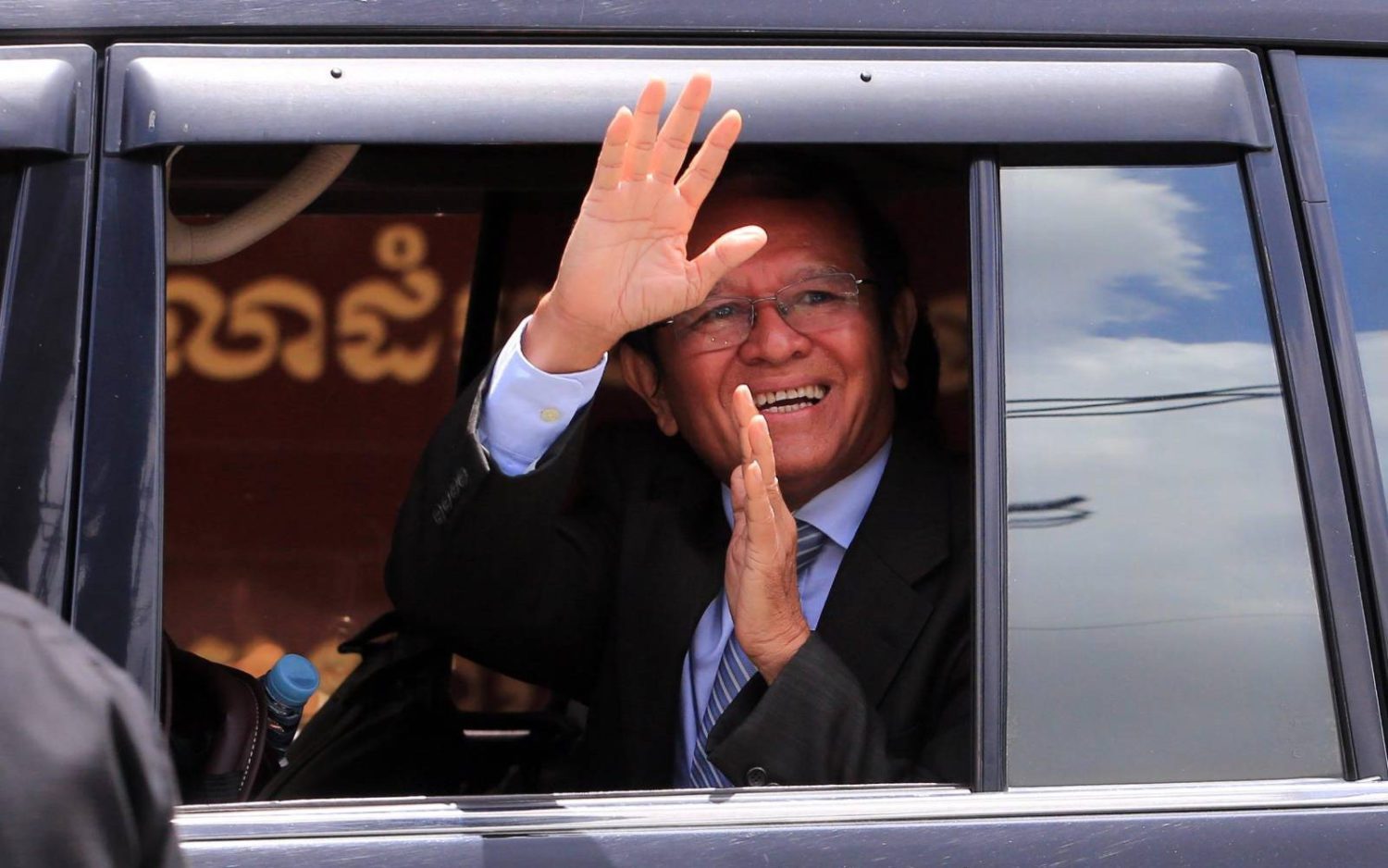 Judges in the Kem Sokha trial admitted a new piece of evidence presented by the prosecution last week and again said that the trial was nearing its end.

The trial resumed this week and entered its 53rd hearing. Judge Koy Sao allowed the prosecution’s motion to admit a one-minute audio clip of a former CNRP lawmaker talking about a garment worker protest in 2013.

The trial, which has moved at a sluggish pace, is discussing events after the 2013 elections including CNRP protests and worker demonstrations over the minimum wage.

After admitting the evidence, Sao informed court observers that the trial was near completion.

Sokha either kept his answers short or said he had already answered the questions, with prosecutors Plang Sophal and Chhay Hong alleging the former CNRP president was being unreasonable.

The court also played a 10-minute video and a one-minute audio recording of former CNRP lawmaker Ho Vann. Sokha said it was unknown whom Vann was speaking to and questioned why the evidence was being presented at this stage in the trial.

The audio clip has Vann’s voice on it and he talks about garment worker demonstrations that were taking place at Yak Jin factory in Phnom Penh and along National Road 3.

Kem Sokha has been on trial since 2020 for allegedly attempting to overthrow the government with foreign powers.