‘No Exceptions’ for Illegal Constructions, but Some Problems Remain: Official 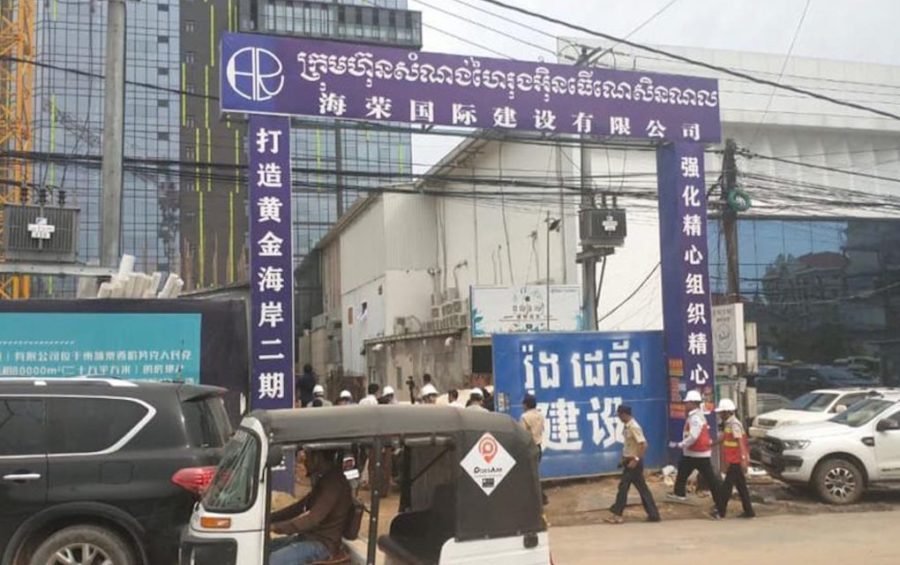 Work at a construction site in Sihanoukville’s Buon commune was suspended after a government inspection on July 20, 2019, in this photograph posted to the Preah Sihanouk Provincial Administration’s Facebook page.

Illegal construction will not be tolerated by authorities in Preah Sihanouk province, but a small percentage of problems related to new construction — which has boomed in the coastal province in recent years — could not be helped, a provincial official said.

“We have more than 800 construction projects [in Sihanoukville] and there are between four and 10 that have problems. That cannot be avoided,” provincial government spokesman Kheang Phearum said on Tuesday.

“But what authorities as well as expert officials have been working on is to strengthen law enforcement and technical standards,” Phearum said.

More than 200 projects of the total have been completed in recent years, he added.

In June, 28 people were killed and 26 others injured after an under-construction, seven-story building in Sihanoukville collapsed on top of them.

Four Chinese nationals who owned the building or construction company, or had been supervising the work, were charged with manslaughter over the deaths. The provincial governor resigned from his post in the aftermath, but was reassigned to a position at the Defense Ministry three days later. National Committee for Disaster Management first vice president Nhim Vanda was removed by Prime Minister Hun Sen, but maintained other government roles.

Following the building collapse, the government created an inspection group to check the quality and technical standards of construction projects across the country.

Cheap Sotheary, Preah Sihanouk provincial coordinator for local rights group Adhoc, said since the 28 people were killed in the collapse in June, authorities have paid attention and took action to prevent construction found to be unsafe.

But Sotheary said she had not seen any buildings that failed to comply with technical standards removed, but only renovated.

“Authorities should tighten the inspection of construction paperwork and should have expert officials take charge of technical work in construction. Both the Cambodian side and investors have to take responsibility,” she added.

On Wednesday, Phnom Penh authorities suspended construction at the long in-progress 42-story Gold Tower 42 after a piece of metal fell from the tower and damaged a car — for the second time within months, the Phnom Penh Post reported. No injuries occurred in either incident. Construction on the building began in 2008 and has faced various delays, initially following the global financial crisis that year.

Earlier this year, Preah Sihanouk provincial authorities halted construction at a building site in Buon commune after finding that the building was sinking and its foundation was cracked. Meanwhile, last week, the provincial government stopped work at an under-construction, 10-story building after a crane collapsed into the building, the Khmer Times reported.

Phearum, the provincial government spokesman, said authorities needed the cooperation of construction companies to avoid safety risks, and that the government would remove any illegal construction that did not comply with building codes and technical standards.

“When it is wrong, it must be torn down and there are no exceptions,” he said.

Sreng Vanly, a coordinator for rights group Licadho in Preah Sihanouk, said authorities were rushing to halt risky construction after some buildings were found to be unsafe.

“But as of yet, it is not known if any official or anyone has been held responsible for any illegal construction,” Vanly said.

“There is no one taking responsibility and if we look at the law, all construction in general needs to have legal permission to build.”