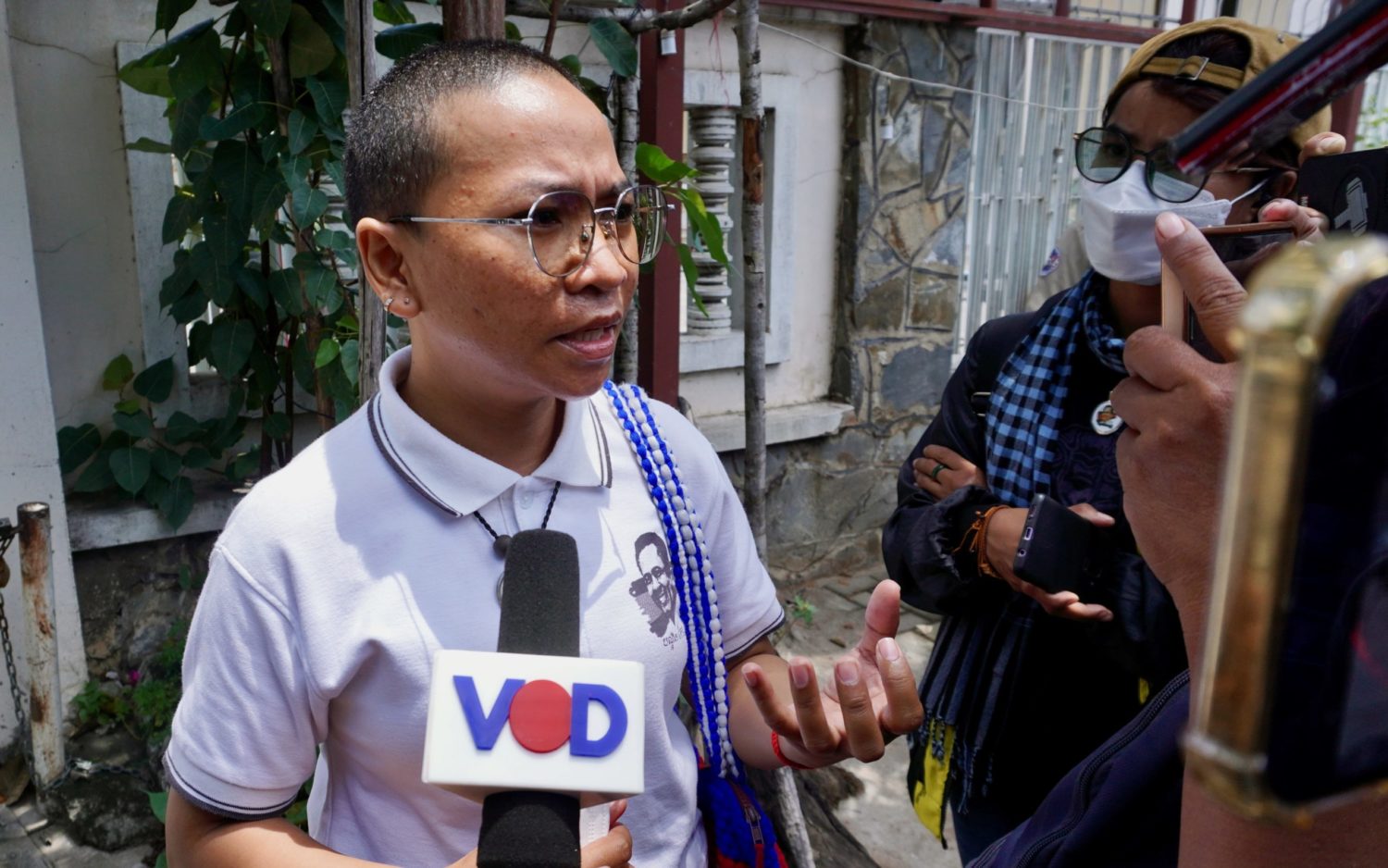 Khmer Thavrak activists on Friday questioned their incitement convictions for attending protests in August 2020, saying not all were present over the four days in question — and one had not joined at all.

A two-hour hearing at the Appeal Court heard an appeal by seven activists from two activist groups — Khmer Thavrak and the Khmer Student Intelligent League Association — and two from the dissolved CNRP. The seven social activists were sentenced late last year to 20 months in jail suspended to 14 months, and released under court supervision. They were convicted of protesting the jailing of unionist Rong Chhun over a provocative report claiming Cambodia was ceding land to Vietnam.

Presiding judge Noun Ratana on Friday asked each defendant one-by-one why they did not agree with the lower court’s decision over the incidents of August 1-4.

Chhoeun Daravy and Hun Vannak said the protests were within their democratic rights. “I just wanted to share my ideas,” Vannak said.

Others questioned why all the activists were being tried equally for the four days of protests when they had not participated in the same way.

Mean Prommony said he had only attended the first day of the protests, while Koet Saray said he had not attended any of the rallies at all as he was in Battambang at the time. Saray had posted a Facebook video supporting Rong Chhun, and was later arrested after coming to Phnom Penh.

Defense lawyer Sam Chamroeun asked the judges to review all the evidence again as the charge did not fit the actions of his seven clients — they had not joined the same actions on the same dates as charged.

“This is very unjust. There is such a wide distance — like the rays of the sun — between the evidence and their actions under this charge. They don’t match.”

The prosecution asked for the convictions to be upheld. The next hearing has been scheduled for August 22.

After the hearing, defendant Tha Lavy said outside court that he couldn’t accept the lower court’s verdict, but noted that the experience in the Appeal Court had been much better than in the municipal court.

“The way they asked questions was very respectful, without any pressure. I trusted them, which is different from the Phnom Penh Municipal Court.”