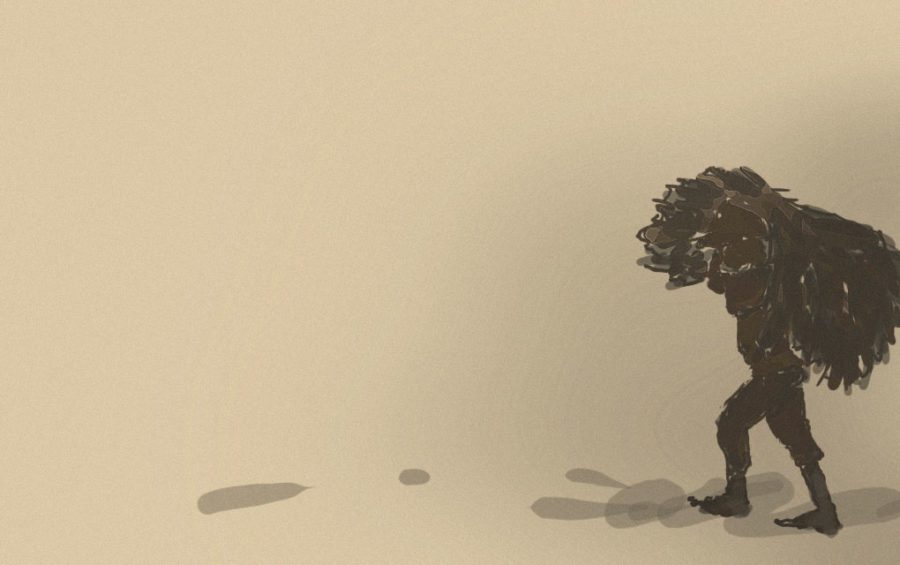 Microfinance debt “has led to serious and systematic human rights abuses in the country,” rights groups Licadho and Sahmakum Teang Tnaut (STT) said in a report released on Wednesday.

Based on 28 case studies, the report raises examples of how mounting MFI debt among rural Cambodians has led to coerced land sales, child labor and debt bondage, among other alleged abuses that it says allow the microfinance sector to ensure loan repayment and thrive.

VOD reached out to MFIs listed in the report as well as their foreign shareholders to respond.

Many of them listed several recent initiatives, such as establishing sector-wide lending guidelines and attaining global certification for client protection principles under the Smart Campaign, among a series of efforts undertaken by the industry to avoid the kinds of abuses alleged in the Licadho and STT report.

(Responses have been excerpted for length.)

Advans/Amret has not received the report from LICADHO which seems to have triggered your questions, or any information regarding the methodology used, and hence cannot comment neither on the content nor on the credibility of the results claimed in this report. We do understand though that there are no specific allegations in the report involving Amret.

In order to effectively monitor the activity of the MFIs in which Advans invests (including AMRET), a semi-annual financial monitoring has been implemented which includes portfolio quality indicators. This report allows us as shareholder to monitor the evolution of the portfolio at risk and written off loans and thus to be alerted in case these indicators increase (as this could be an indication of over-indebtedness). We also receive the “dashboard” published by the CBC (Cambodian Credit Bureau) which provides the indicators defined by the program “Lending Guidelines” mentioned below. As we speak to you, AMRET stands out for its very good results in terms of the fight against over-indebtedness risk.

We have been active in Cambodia for a very long time and therefore share some of your concerns, however, we are also confident that AMK is not engaged in any improper practices as explained below.

AMK makes its loans on the basis of the client’s ability to repay from their existing livelihoods.  A small part of the loan might be used to repay existing debt, especially if the existing debt is more expensive than what we can offer. We do not engage in land sales at all.

AMK’s primary loan product is completely free of collateral, and is entirely unsecured.  As an estimate, more than 75% of our 350,000 clients will belong to this segment where small loans are provided in groups and no collateral obtained. Our loan sizes are the smallest in the market.

Any human rights violations by our institutions will be unacceptable, and as mentioned, we have put in place standards to ensure it does not occur.  At the level of the Board of Directors of AMK, there is a dedicated committee to assess social aspects of our business.

We can reject with valid data any assertion that AMK’s practices might result in human rights violations in Cambodia, as outlined above. We work with a high level of trust with our customers in the most responsible manner.

Amret, as a responsible Cambodian Microfinance Deposit Taking Institution (MDI), aims to improve the living standards of the population and contribute to the economic and social development of Cambodia through providing a wide range of financial services for low-income people as well as micro, small and medium enterprises (MSMEs).

Amret’s shareholders, Board, and management have always put responsible lending as the highest priority, in line with Amret’s mission. Our lending methodology is based on a very thorough analysis of the repayment capacity of each client and their family, by our field staff.

In recent years, in order to make sure that Amret does not contribute to potential over-indebtedness or systemic risk for the sector, we have consciously taken the decision to grow much slower than the average MFI or banking sector players in Cambodia. In 2018, Amret only grew its portfolio by 14% while the banking sector grew by 32%. At the same time, Amret’s deposit portfolio grew by 38%.

Financial inclusion in Cambodia has dramatically improved in the past years, and [the] microfinance sector is one of the main contributor[s] to this improvement. Better access to finance has played a great role in developing the Cambodian economy (which reached lower middle income status in 2015) and in reducing poverty (poverty rate as per World Bank was 47% in 2007 and fell to 13.5% in 2014).

Debt to private sector in Cambodia (in % of GDP) has significantly increased in correlation with the increase in financial inclusion to a bit above 80% in 2017, but is still much lower than in Vietnam, Thailand (above 100%). It is also important to note that the increase in loan portfolio could be an issue when there is no parallel increase in domestic savings: In the case of [the] microfinance sector in Cambodia (Microfinance Deposit Taking Institutions alone), in 2018, deposit portfolio grew by 39%, above the growth of the loan portfolio (32%).

We strongly disagree with the statement above. [Re: alleged unethical lending practices such as offering loans to pay off previous debt, referring delinquent borrowers to private moneylenders, or coercing land sales.] The Cambodian Microfinance sector has some of the most advanced and stringent risk analysis and mitigations procedures in conjunction with rigorous Client Protection measures amongst the major Microfinance markets in the world.

[R]egarding the involvement of money lenders: On the contrary the development of formal microfinance in Cambodia has strongly reduced the predatory practices of money lenders. The latest World Bank Policy Note issued last year proves it with data evidence. “The share of households borrowing from formal sources increased from 8 percent in 2004 to 31 percent in 2016, while the share borrowing from informal sources decreased from 32 percent to 6 percent.”

Microfinance is having positive social and financial impacts for households in Cambodia and has made it possible for borrowers to shift from informal to formal sources of credit, especially among the poor. Cambodia’s microfinance sector, and Amret in particular, has put in place some of the most advanced client protection measures among major microfinance markets worldwide. Amret has received SMART certification for its commitment to client protection, has the lowest level of risky loans (PAR30) in the industry in Cambodia and was recently recognised as being one of only three MFIs to comply with guidelines set out by the Cambodian Microfinance Association to limit the risk of over-indebtedness. We haven’t been given a copy of the report, so we can’t comment on individual cases. However, if specific evidence of malpractice at Amret is presented to us then we will work with Advans to investigate and ensure that appropriate action is taken.

Microfinance can provide people with much-needed access to finance — helping to expand their businesses, increase their incomes, and create jobs. At the same time, there are legitimate concerns about indebtedness in the microfinance sector.

IFC works with microfinance institutions and stakeholders to incorporate responsible finance practices into all aspects of business operations, including training, capacity building, and risk management. In Cambodia, we have worked with the National Bank of Cambodia to set up a credit bureau to help avoid situations of multiple borrowings and unsustainable debt levels, and to provide information that helps stamp out aggressive lending practices. IFC has also helped to strengthen Cambodia’s financial consumer protection framework.

KfW (shareholder in Amret* via Advans)

We thank you for your email and your interest in protecting human rights. KfW is a German financial institution owned by the German state and actually shares this interest!

For KfW, Responsible Finance is an important guiding theme in financial system development. As KfW understands it, it comprises the three pillars of customer protection, sector standards and financial education.

[T]he decisive factor for a good evaluation of Responsible Finance practices on our part is not the publication of these principles, but the practical application, which is regularly reviewed by the regulatory side…as part of the due diligence process for lending and each time SMART certification is renewed.

From our insight, Amret is one of the few microfinance institutions in Cambodia that has fully implemented the Cambodian Microfinance Association…lending policy and reports monthly to its lenders on compliance. Amret is pursuing quality-oriented portfolio growth, which in 2018 increased significantly less compared to the overall market. We will contact Advans and will have Advans investigating with Amret the issue you mentioned in your email.

The potential risk of over-indebtedness among clients has been recognized by the entire Cambodian microfinance sector for a long time. Clear actions have been implemented to continue mitigating the risks successfully. The Central Bank of Cambodia is also strongly monitoring the situation.

In the case of Amret we can inform you that as of December 2018:

In working with Amret, we feel that it’s staff, on top of systematically checking formal debts of clients or applicants through the Credit Bureau, are specifically trained on identifying all debts of the Clients or applicants, including informal debts (from money lenders, relatives, or suppliers). These debts are taken into account in the debt ratios and by independent credit committees.

Considering the number of Clients Amret is serving, breaches in policy on a few cases can be encountered. What matters to FMO is that clients then have all controls and processes in place to identify, report and limit the number of breaches.

For us, financial inclusion goes beyond providing loans, as the ability to open a bank or savings account or taking out an insurance is equally important to building a resilient society.

However, we are very much aware of the need for the microfinance sector to do this in a responsible manner and that there are unfortunately several examples in the industry of malpractices, resulting in negative side effects for end clients, such as over-indebtedness. Therefore, responsible practice is one of the most important aspects for us in the selection of our partners, and an important part of our continuing conversations with them. For example, we focus on a standard credit bureau check to prevent over-indebtedness, the local interest rates, and responsible foreclosure practices.

Acleda Bank in Cambodia is one of our longstanding partners in the microfinance industry and known to us as an organisation that prides itself in having a high standard when it comes to responsible lending. As such, we do not recognise the image you say is being provided about Acleda Bank in the report. Nonetheless, we do take these kinds of signals very seriously and as such, we will address it with the organisation. Pending the outcome of our own investigation regarding these allegations, we will liaise with Acleda Bank on how to move forward.

*Note: Licadho initially said Amret was involved in a specific unethical lending case among the 28 case studies examined as part of the “Collateral Damage” report. However, this case was not detailed in the report and Licadho declined to provide specifics in writing.