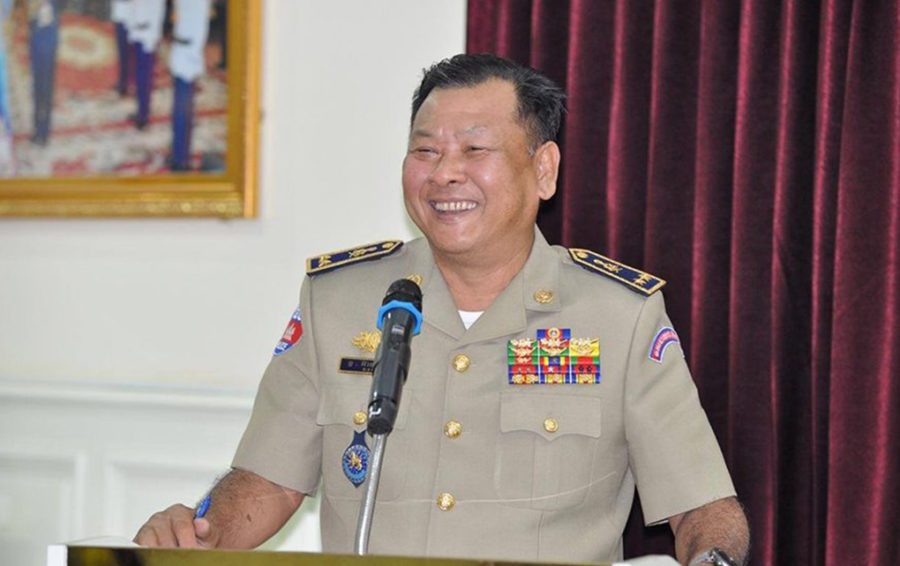 Twelve police officers have been questioned by Interior Ministry investigators about a complaint filed against Kandal provincial police chief Iv Chamroeun accusing him of being a “dictator,” mistreating his officers and taking part in corrupt practices.

Chamroeun was accused in an anonymous letter of 16 offenses, including taking bribes of $2,000 to $3,000 to promote people within the force, taking money from local lotteries and cock-fighting rings, and giving family members jobs.

A May 24 letter released by the Interior Ministry said six high-ranking officers in the Kandal provincial force had been questioned. Sok Linna, a spokesperson for the department of inspections of the Ministry of Interior, told VOD that a special ministry task force had been investigating the complaints and questioning officers since May 8.

He said a total of 12 officers, including lower-level officials, had been called in for questioning in total and that it was likely that more would be quizzed. However, he said he could not comment further on an ongoing investigation.

“We do not know yet who was involved or who will be questioned as witnesses, or whether this or that person is involved or not,” Linna said.

“We still cannot make any clear conclusions yet.”

Chamroeun, the police chief, said he was confident he would be cleared.

“Let the department of inspections do their investigation, I have no comments,” Chamroeun said.

Suon Bunsak, the former director of the Cambodian Human Rights Action Coalition and an independent human rights consultant, said the investigation seemed to be a warning message to corrupt police officers around the country.

Earlier this year, Svay Rieng Provincial Police chief Keong Khorn was also subject of an anonymous complaint, but it was rejected by the National Police.