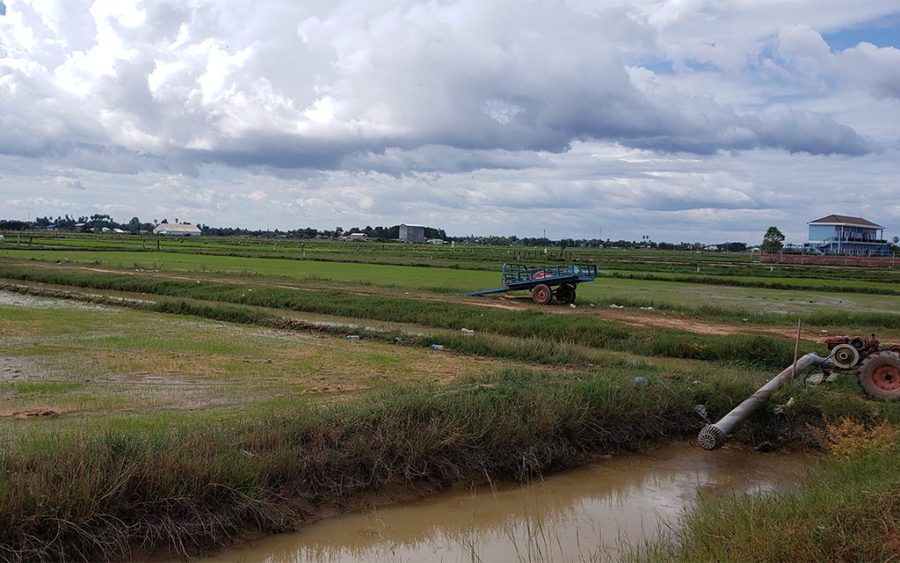 Two separate alleged murders happened within three days amid the New Year holiday in Siem Reap’s Prasat Trav village, involving a sorcerer killing and a domestic attack by a man said to have mental illness.

Two men, Pov Pao, 24, and a 15-year-old, were charged Monday night after Koy Chhoeung, 51, died from injuries he sustained from an alleged attack by the two on the night of April 15.

Siem Reap investigating judge Nou Veasna charged both men with violence with aggravating circumstances, with punishment of up to five years in jail and 10 million riels ($2,500) in fines.

Kok Doung commune chief Kem Ham said the two men, who are brothers in law, were neighbors of the victim, who Ham described as a kind man who worked small jobs like picking cassava and cleaning and skinning ducks and chickens for eating.

Ham said the men thought Chhoeung was a sorcerer, and they beat him with their hands and knees until Chhoeung was unconscious. Chhoeung was injured in his gallbladder and liver, and died two days after the attack. Killings over accusations of sorcery are not uncommon in rural Cambodia.

“It was a groundless accusation,” Ham said of claims that Chhoeung was a sorcerer. “They came to attack him while he was doing his work. There is no evidence that he does black magic or incantations or other things related to sorcery, but in fact he was just a normal person. How could they have accused him of being a witch or sorcerer?”

Yuon Cham, police chief for Angkor Chum district, said that the two men had tried to claim that Chhoeung was sick and that their attack shouldn’t have killed the 51-year-old.

Cham alleged the two men attacked Chhoeung because they believed he cast a curse on their relative.

“What we learned from the commune councilors is that the mother and mother in-law [of the two brothers-in-law] often got sick, so they went to get a traditional healer that told them that she was cursed [by a sorcerer].”

Pot Ngor, chief of Prasat Trav village, said that the two men only began mentioning they believed Chhoeung to be a sorcerer after they had attacked him, adding that one of them had only moved to the village one month before.

Ngor said that Chhoeung’s family had brought him to a local doctor at 2 a.m. on April 16 and the doctor eventually sent him home, saying his injuries were too serious to be treated, and Chhoeung died the next day. The Kok Doung commune police initially brought in the two men and signed an agreement to settle the dispute if Chhoeung survived, but after the victim died, they rearrested the two men, Ngor said.

“The victim could not say anything because he was very suffering and in pain and I did not ask him. … His child told me that he was just skinning a toad [that night].”

Another Prasat Trav resident is charged with murdering his aunt last week, and though local officials claim he has a history of mental health issues, no letter was filed to a court to demonstrate it.

Ham, the Kok Doung commune chief, said Samleng attacked his aunt, Meach Kamsoth, with an ax on April 13. She was taken to the hospital with serious injuries and died at the hospital, and Samleng was arrested one hour later, Ham said.

District police chief Cham said that he knew Samleng had a history of mental health issues but did not collect evidence of it to present to the court.

“When he got drunk, it was like he was possessed. Yes he has [mental health issues],” Cham said. “Regarding to [Samleng’s alleged] mental illness and mental illness medicine, we did not include [in the report] and we did not get the clarification from the doctor.”

Ham also claimed that Samleng’s mental health issues were known within the commune. Ham claimed that it started after Samleng, a trash collector, was attacked by three residents during a village dancing party in 2019.

Ham said the three people attacked Ham and one other man, whose finger was cut off during the fight, saying Samleng “was lucky that he survived.” The commune chief claimed Samleng started developing mental health issues after one of the men who attacked him was released.

“After the incident, his wife brought the child with her and returned to live in her homeland in Kandal province, and by abandoning him, he became an aimless person,” he said.

Kamsoth had become a caretaker, preparing meals for him. Ham claimed that Samleng’s behavior had changed after the incident and the chief knew he was taking medicine for mental health issues.

“On the 13th, we do not know for what reason that he hacked his aunt with an ax,” Ham said. “We are sad that we could not prevent this from happening.”

Licadho official Am Sam Ath told VOD that Samleng’s case should have been sent to court with a notice from a health provider to demonstrate a history of mental health issues.

“When there is no document to clarify, the police have to send [the case] to the court so when there is doubt like this, his family can request the court to send the person to an examination with a mental health doctor to show whether he really has a mental illness or not.”

Sok Meng Eang, head of the provincial police’s serious crimes department, confirmed that the accused parties in both cases were now in prison.

However, the official disputed local officials’ characterizations of Samleng: “Who said that he has a mental illness? He does not have mental problems.”

Se added that the district health center was only able to provide some treatments for mental illness, but he claimed the commune will be able to provide more mental health services in the future, without specifying.

Another man in the same village was sometimes chained to a post by his family to prevent him from attacking others — a method still used in reaction to people with mental health issues in rural Cambodia.

Ngor, the village chief, said the Kamsoth’s funeral had finished today, while a ceremony for Chhoeung was still being prepared.

Villagers had discussed holding a community-wide rite to kick out the bad and bring good luck, he said.

“They feel strange in the village because in past years we have never had murders. It is a bad coincidence that this year there are two cases resulting in death. They’re saying this is a nasty year cursed by fate,” he said. “We’ll hold this [ceremony] to prevent evil and calamity.”