Only 377 NagaWorld Workers Still Holding Out Against Layoffs: Union 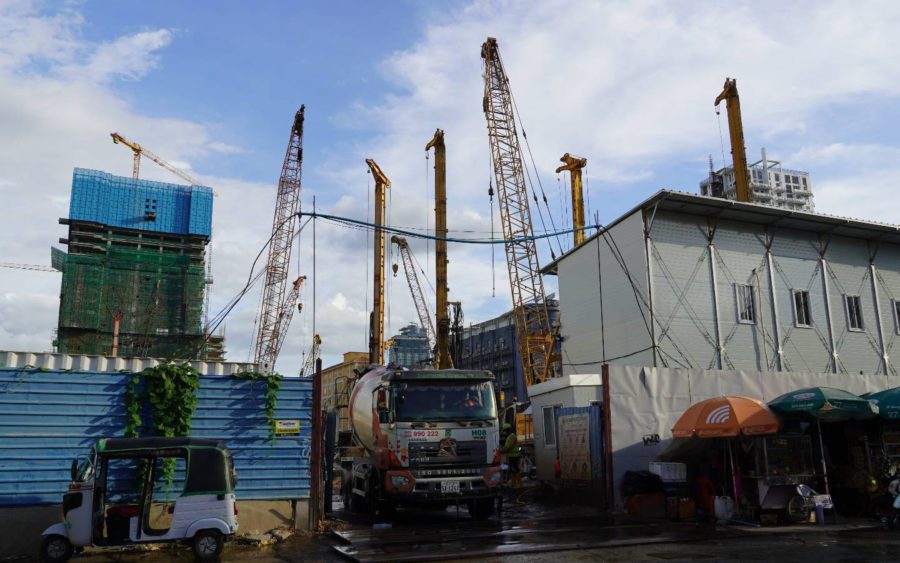 In a move a labor group said was unprecedented, NagaWorld is calling on governmental labor inspectors to authorize the dismissal of a group of union leaders as part of the casino’s mass layoffs, overriding the legal protections unionists enjoy unless they have committed serious offenses, a workers’ representative said.

Phnom Penh’s sole casino operator is laying off 1,329 of its more than 8,000-strong workforce, citing economic difficulties amid Covid-19. But labor groups say the company is illegally targeting — and trying to dismantle — its once-active union.

Only 377 NagaWorld workers are still holding out against the redundancy plan and its compensation packages, as the company calls in governmental labor inspectors to authorize the dismissals of union leaders, the union said.

Chhim Sithar, president of the NagaWorld union, said the company had informed her of the request to have a labor inspector look into the case.

According to the Trade Union Law, leaders, vice leaders and secretaries of workers’ unions are protected from dismissal unless there is “authorisation from the Labour Inspector.”

Sithar said she believed dismissals of union leaders were only legal in the case of serious misconduct. The Labor Law lists among serious offenses theft, fraud, assault, incitement and political activities in the workplace.

“It shows a worsening will of the company when we see that it applies to request a labor inspector to lay off all 26 union leaders, activists and delegates who have special protection laws. So we see the company’s intention, which is that they will do anything to destroy the union,” Sithar said, adding that the law also prohibits discrimination against union activities.

She said the company likely thinks that workers will not be able to stand with the union much longer. They are struggling to earn livelihoods amid Covid-19; the casino is closed and there are few other jobs around, she said.

Just 377 of 1,329 workers are still rejecting their terminations and the thousands of dollars in compensation that comes with accepting redundancy, she said.

But she would continue to work to defend the jobs, she said. “We have the right to demand justice and protect our freedoms in the workplace too. So union representation is very important for them, no matter what the position of the company is.”

Mediated talks with the Labor Ministry have already failed, and the case is being sent to the Arbitration Council for dispute resolution.

Labor Ministry spokesperson Heng Sour said he would not comment on the union representative’s claims about protections, but said NagaWorld’s layoffs were “reasonable.”

“The Naga case, according to the dispute resolution procedure, is currently at the level of the Arbitration Council. In the context of the global economy and the revision of business operations, the law does not prohibit enterprises from laying off employees. Importantly, the layoff was reasonable. Prior notice and proper compensation have been paid,” Sour said.

The casino has cited difficult economic circumstances as the reason for the layoffs, though workers have objected that the company made over $100 million in profits last year, and is in the middle of constructing a third casino complex in Phnom Penh.

NagaWorld chief executive officer Mike Ngai could not be reached for comment.

Khun Tharo, program manager at labor rights group Central, said it was the first time he had heard of a company asking a labor inspector to authorize the dismissals of a large number of workers. It would set a bad precedent for other employers, he said.

Union leaders are meant to be protected from dismissal unless they have committed a serious offense, he said.

“If the Royal Government and the Ministry of Labor allow the company to do whatever it wants in dismissing the union leaders by using Covid as the reason, it would be an improper cause, and there is no law, no regulations for that. It’s a bad example for a powerful, influential company to fire union leaders who didn’t commit any serious mistakes,” Tharo said.