Only Six Cases of Restrictions Against NGOs: Sar Kheng 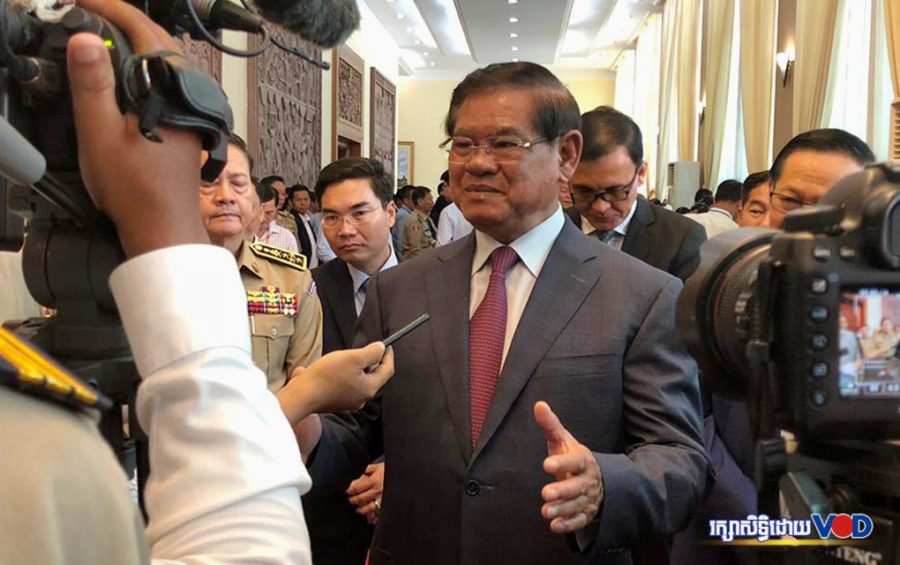 Unlike civil society reports that have enumerated dozens of freedom of assembly violations this year, Interior Minister Sar Kheng said on Thursday that there had been only six.

At the third government-civil society partnership forum, gathering provincial governors and NGO representatives, Kheng said civil society had enjoyed complete freedom in the first half of the year.

“Our reports have confirmed that we have received only six requests,” or complaints from NGOs over alleged rights violations against them by authorities, he said.

“But a local organization reported that there were up to 71 cases when NGOs faced restrictions” on their activities, he said.

Kheng said he was “suspicious.”

“Why hasn’t this news reached the hands of the inter-ministerial task force? These numbers have a big difference,” he said.

In a report released in late July, human rights group Adhoc said it had found 71 cases in which authorities had restricted the freedom of assembly of civil society organizations and communities across the country over the first six months of the year.

The Cambodian Center for Human Rights also issued a factsheet on Tuesday saying its fundamental freedoms monitoring project had recorded 99 incidents involving violations of the freedom of peaceful assembly, “indicating a systematic misapplication of the Law on Peaceful Demonstrations.”

“I ask both sides to bring their issues to the table because we all have the will to stand to serve our country. Nothing should be kept hidden,” he said.

Some civil society representatives at the forum, including from the Committee for Free and Fair Elections (Comfrel), complained of having been prevented from conducting any activities due to accusations that they were part of a “color revolution.”

“If there is action taken against local officials such as police, I think they might not dare to violate the Interior Ministry’s directive” to pursue greater cooperation with civil society, Senkaruna said.

Hun said NGOs like Comfrel should not worry about accusations of color revolution, since if authorities had discovered that they really were revolutionaries, those groups would have ceased to exist.

“As Samdech Sar Kheng has already stated, organizations and associations are partners of the government,” Hun said.

More than 5,483 organizations and associations are currently registered at the Interior Ministry, Kheng said at the forum.

Before the ministry’s recently stated desires to work with civil society, the Council of Ministers issued a “White Book” ahead of last year’s national election denouncing prominent civil society organizations and independent media outlets as being part of a revolutionary plot to topple the government.