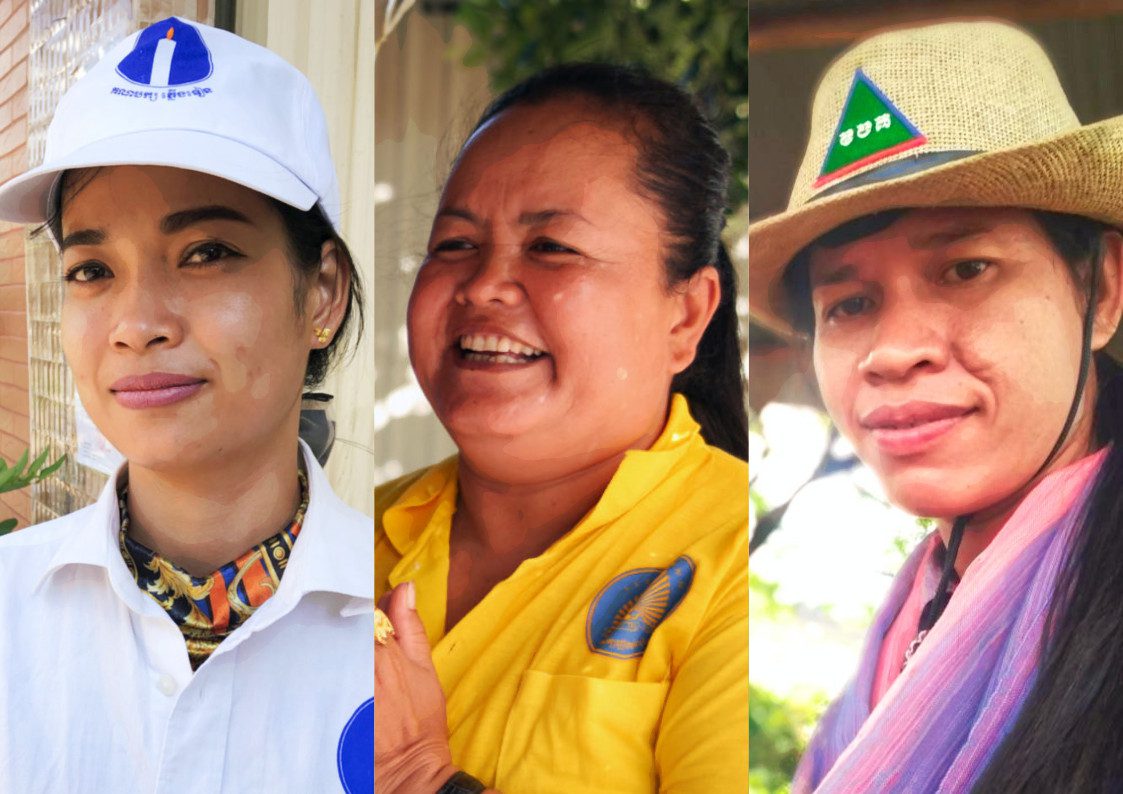 In the recent June 5 commune election, women made up approximately 32% of the total registered commune council candidates. Despite this underrepresentation in politics, a few women candidates in particular stood out because of their distinct leadership styles and policy advocacy. These women made headlines by leading with empathy and practicality, and by connecting policy priorities to their own life experiences.

These women, Chao Ratanak, Orm Youreth and Sor Sarath, used their backgrounds as mothers and as women to advocate for empathic leadership in their respective communities.

Out of 1,652 commune chief positions, the Cambodian People Party (CPP) won 1,648 and the remaining four posts were won by the Candlelight Party. The three women did not win commune elections in their respective communities, and Ratanak has filed a complaint alleging election-day irregularities, which was rejected by the local election committee due to “the lack of names and evidence.”

But regardless of how these candidates fared in the polls, the values and policies they campaigned on deserve further examination, beyond the scope of an election. These values — empathy and compassion — are often stereotypically, and culturally, understood as feminine, and men who cultivate these characteristics can face ridicule or be seen as less masculine.

But these traits have the potential to make politicians very effective leaders precisely because these traits require leaders to put themselves in others’ shoes — to take other people’s perspectives into consideration, to feel others’ pain — and therefore to consider solutions that would actually impact peoples’ lives.

Ratanak, 35 years old, is a former grocery seller and a single mother of three. She ran for a commune council seat in Poipet representing the Candlelight Party. While campaigning, Ratanak said that her leadership style would be informed by her personal experiences, having seen and encountered injustice and harassment of women firsthand. She said that commune chiefs should let it be known that when women face abuse, they can consult with leaders. “What I want to provide them is empathy,” Ratanak said, referring in particular to the needs of women working in Poipet’s casinos who face regular harassment and violence from customers.

A similar perspective was shared by another candidate, Youreth, a Funcinpec candidate running for the Prek Russei commune chief position in Kandal province. Youreth, a former fish seller and a mother of one, intended to use her own previous experiences living with abusive husbands to create an environment that is friendlier to women in the commune office, with the goal of helping victims of intimate partner violence. “We would understand the situation and be their consultant because we’re women just like them,” she said of the impact she could have as an elected official who had gone through what some of the women in her community are experiencing.

Another candidate, Sarath, a 38 year-old tailor and mother of three, ran for commune chief in Kampong Chhnang’s Kampong Tralach from the Grassroots Democratic Party. Being a woman in politics, Sarath said she has never been taken seriously. “They don’t accept us, they don’t listen to us, and give us no value when we talk about issues and want them to solve it,” she explained.

Sarath turned this disapproval into her motivation to run for commune seat in order to make changes and offer empathy for women by creating a conducive environment for them to participate in social and civic activities. “It’s important that we listen to their unique problems,” Sarath said. “When we do listen to them and try to solve it together, those women will have the trust to come out and become more involved with society.”

The feature that stands out about the campaign and potential leadership styles of these three women is empathy. They themselves have lived common and challenging lives, similar to those of the other women in their communities, and therefore, they know exactly how it feels to be living in such conditions.

Empathy as a leadership quality is about more than just a compelling campaign message. These types of leaders are able to use their own life experiences to understand the problems that women and the working poor face inside and out, and thus would be able to provide practical policies for their communities.

Notably, a common policy issue these three women candidates wanted to tackle is domestic violence and harassment experienced by women. These candidates drew from their own experience of gender norms and violence.

Youreth, who was married twice, both times to abusive husbands, has real insight into domestic violence. She said: “an abusive husband would always pressure the wife till they’re in so much pain and take a pill to kill themselves.” This was why she advocated for more female commune officers in a hope that they can serve as advocates for victims of domestic violence.

In a similar way, Sarath mentioned that in her community when domestic violence cases occurred, women were the ones being called upon to “talk about their rights.” She then argued for an alternative solution that “we’re not just going to talk to the women, because domestic violence is mostly caused by men.” Sarath continued stating that “both women and men equally need to be educated about gender.”

In addition, this top-ranked female commune candidate from GDP also recognized the power disparity that exists between husbands and wives, which is a driving force of domestic violence, as one spouse uses the violence to reinforce and exert power and control over another spouse. She explained that “even for small events in the village, if the husband doesn’t let them go, they end up not going.”

These women candidates were also using their experiences to advocate on other issues as well. Ratanak, who is the daughter of former migrant workers, offered her insights on migration issues at the Cambodia-Thailand border. Ratanak explained that for Poipet residents, especially migrant workers, the speed and cost of processing border passes and other official documents is the issue. Illicit fees have to be paid to officials to attain the passes, otherwise, it would take up to a month.

Due to this reason, people are forced to migrate illegally for more work opportunities, as Ratanak’s own story illustrated. Since her family could not afford the documents required to use the official border crossing, Ratanak and her parents would leave Poipet before sunrise, pick about 10 kilograms of chilis on a Thai farm all day, earning 70 baht, or around $2, and return to their rented room in Poipet well after nightfall in order to dodge authorities near the border.

With these life lessons and familiarity coming from a family of former migrant workers, Ratanak said she knew clearly about migrants’ needs and thus would be able to respond to their needs accordingly if she were to be elected.

In the world of politics, assertiveness and toughness are often the characteristics politicians seek to embrace and exude because the alternatives — kindness, empathy, and compassion — are treated as weak.

But there is some evidence to show that especially during times of crisis, like the Covid-19 pandemic for example, empathy is what people need most from their leaders. Not only should empathetic leadership be encouraged because it is needed right now in this world, but also because empathetic leaders have proven to be effective.

Take Jacinda Ardern, the Prime Minister of New Zealand, for example. Ardern’s style of leadership has been shaped by the qualities of kindness and empathy. She has argued on behalf of her distinct leadership style, saying that “if we focus only on being seen to be the strongest, most powerful person in the room, then I think we lose what we’re meant to be here for,” adding that she is “proudly focused on empathy, because you can be both empathetic and strong.”

During the height of the Covid-19 pandemic, just as New Zealand was preparing to go on lockdown, Jacinda Ardern appeared on TV in a well-worn sweatshirt at her home to conduct a session to inform the whole country. She explained that she had just put her toddler daughter to bed. In doing so, she showed to her constituents that she is actually living a life similar to them, even gestures as small as this helped earn the trust from her people.

In fact, one poll by the market-research firm Colmar Brunton in early April found that 88% of New Zealanders trusted the government to make the right decisions about addressing Covid-19, and 84% approved of the government’s response to the pandemic.

Examining these traits begs the question: What would Cambodian political life look like if leaders — both men and women — went beyond the populist messaging to try to convince voters that they are just like you? What if politicians really had lived lives that are similar to the people they represent? They could then use that lived experience, through empathy, to build connections within communities, and to forge solutions that actually have the potential to touch and change lives.

Theang Soriya is currently a research student at Waseda University in Japan and a junior research fellow at Phnom Penh think-tank Future Forum. She is a graduate of the American University of Phnom Penh. 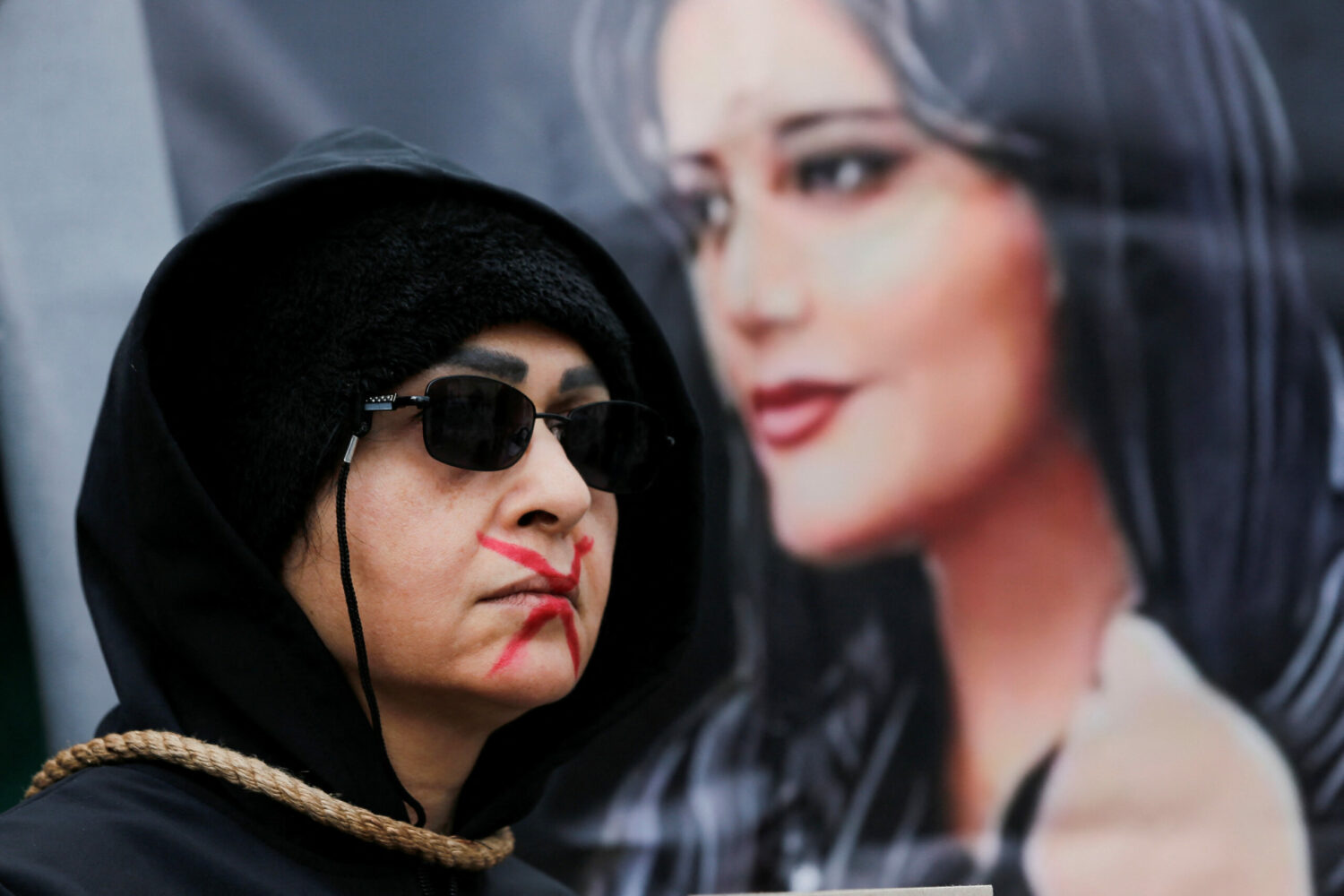 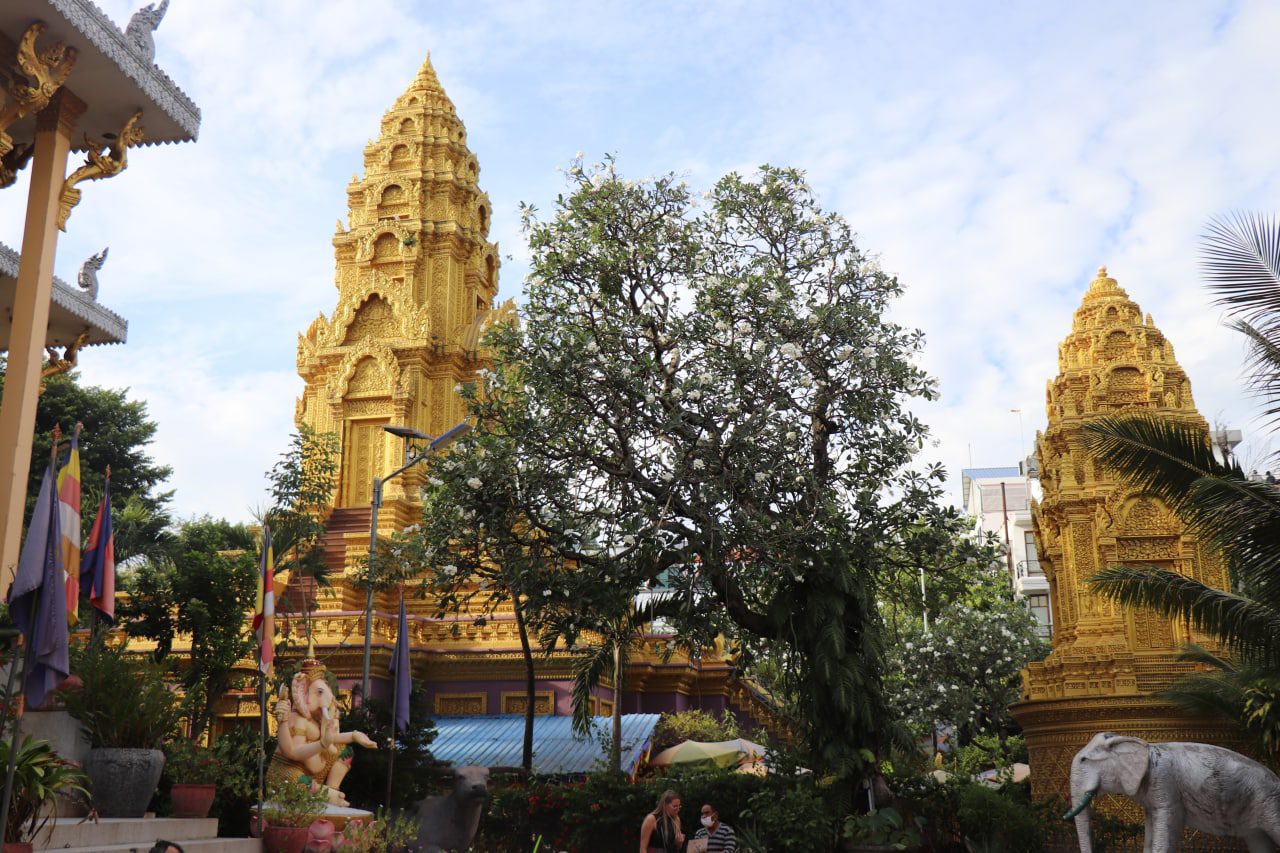 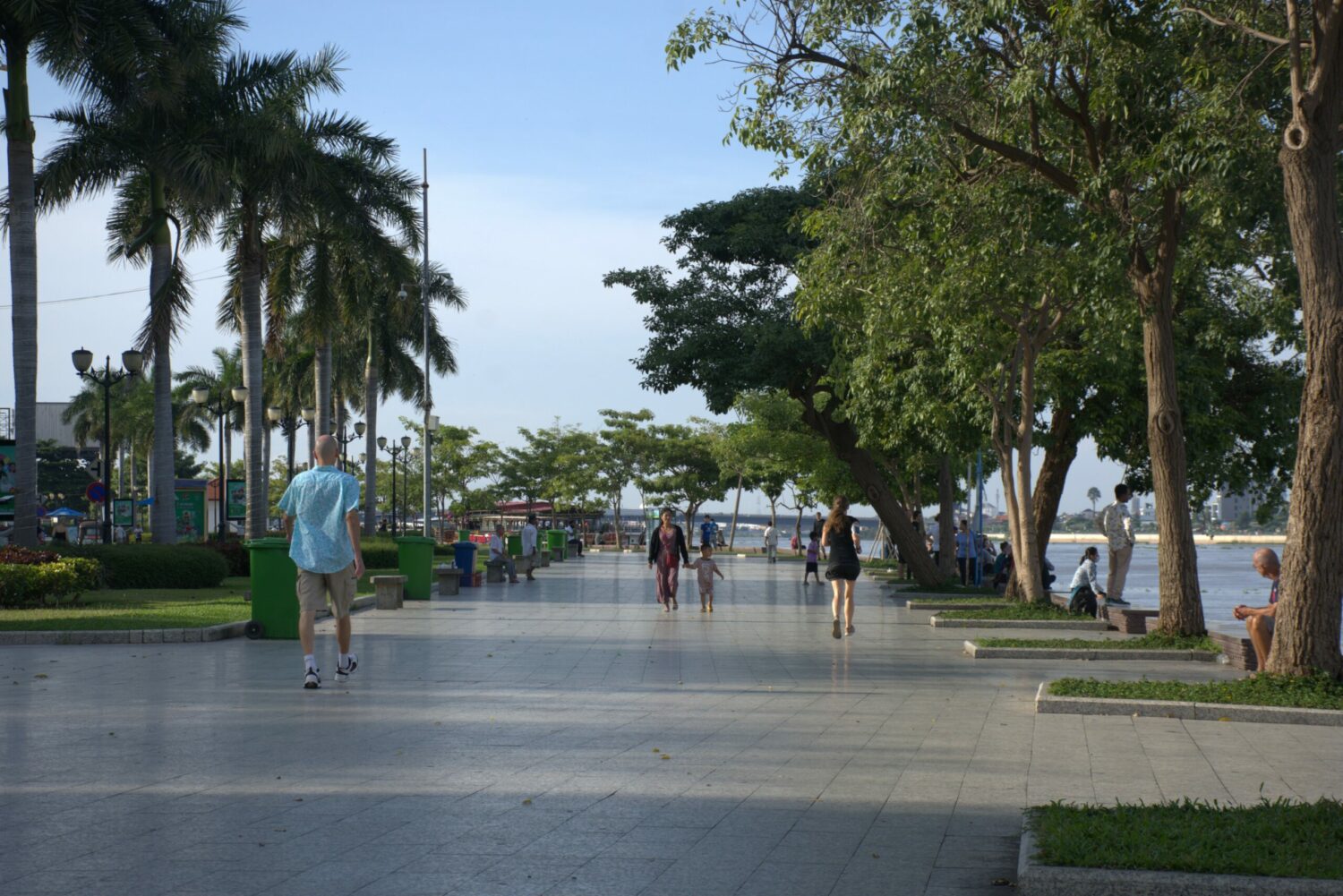 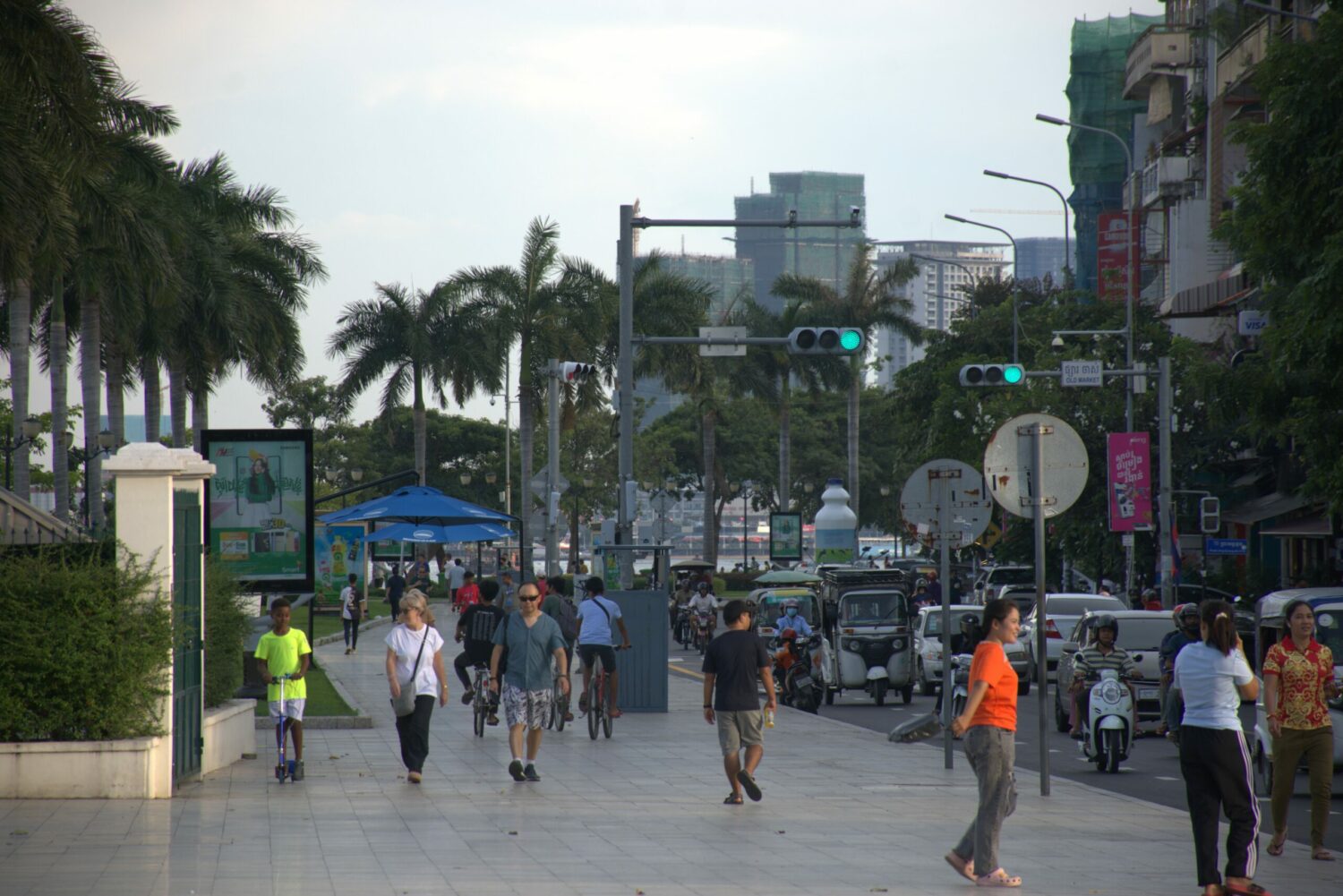 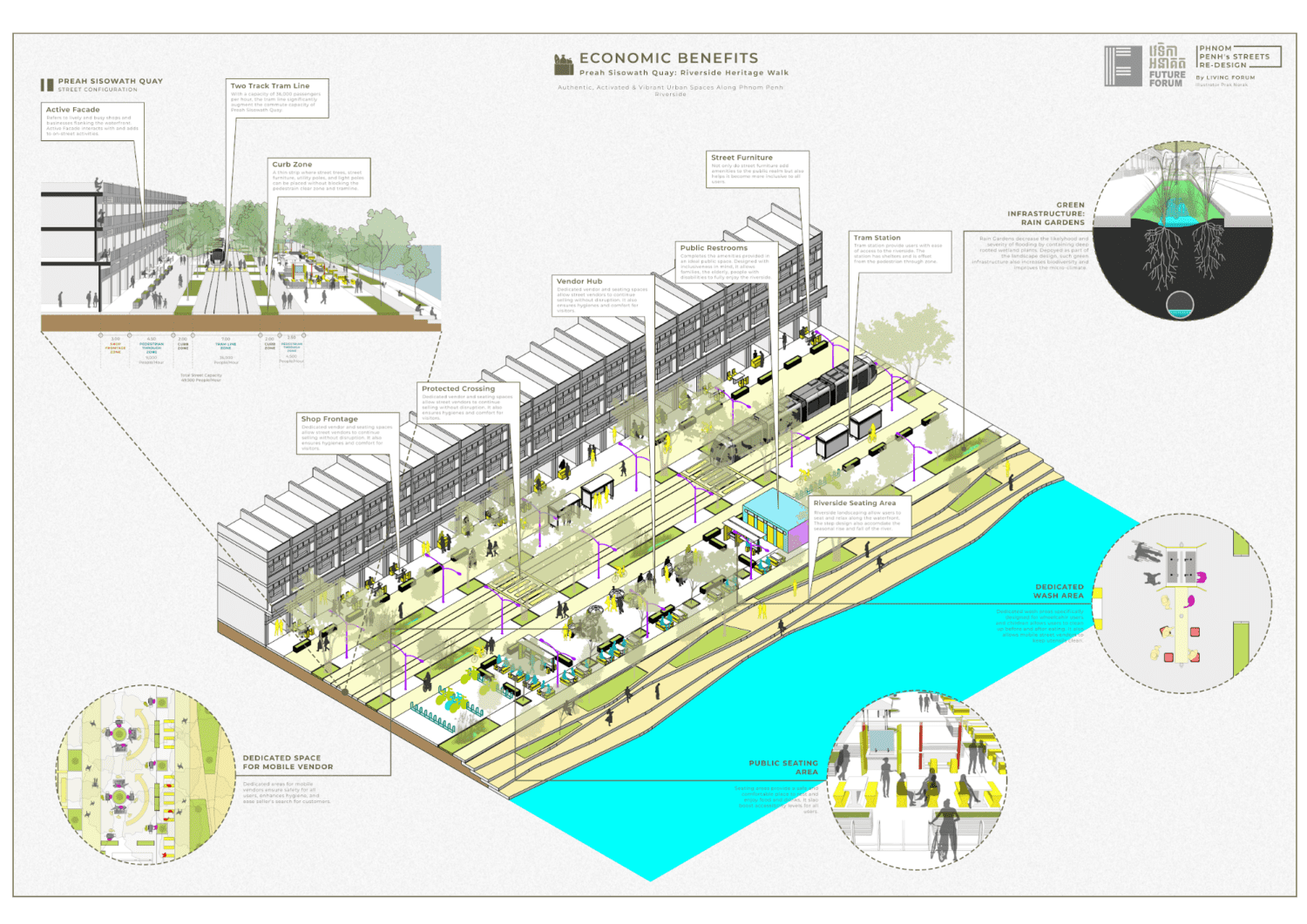 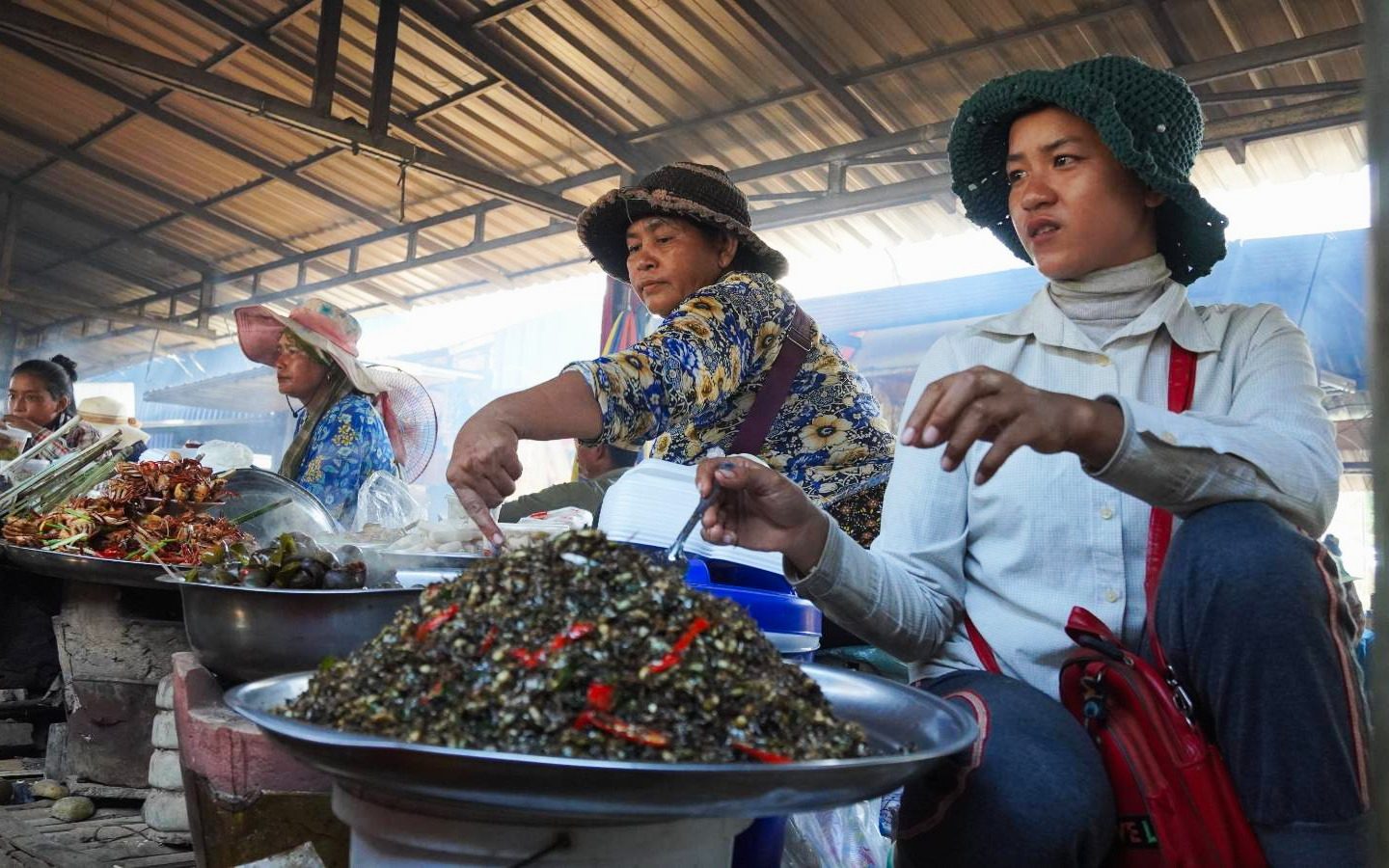 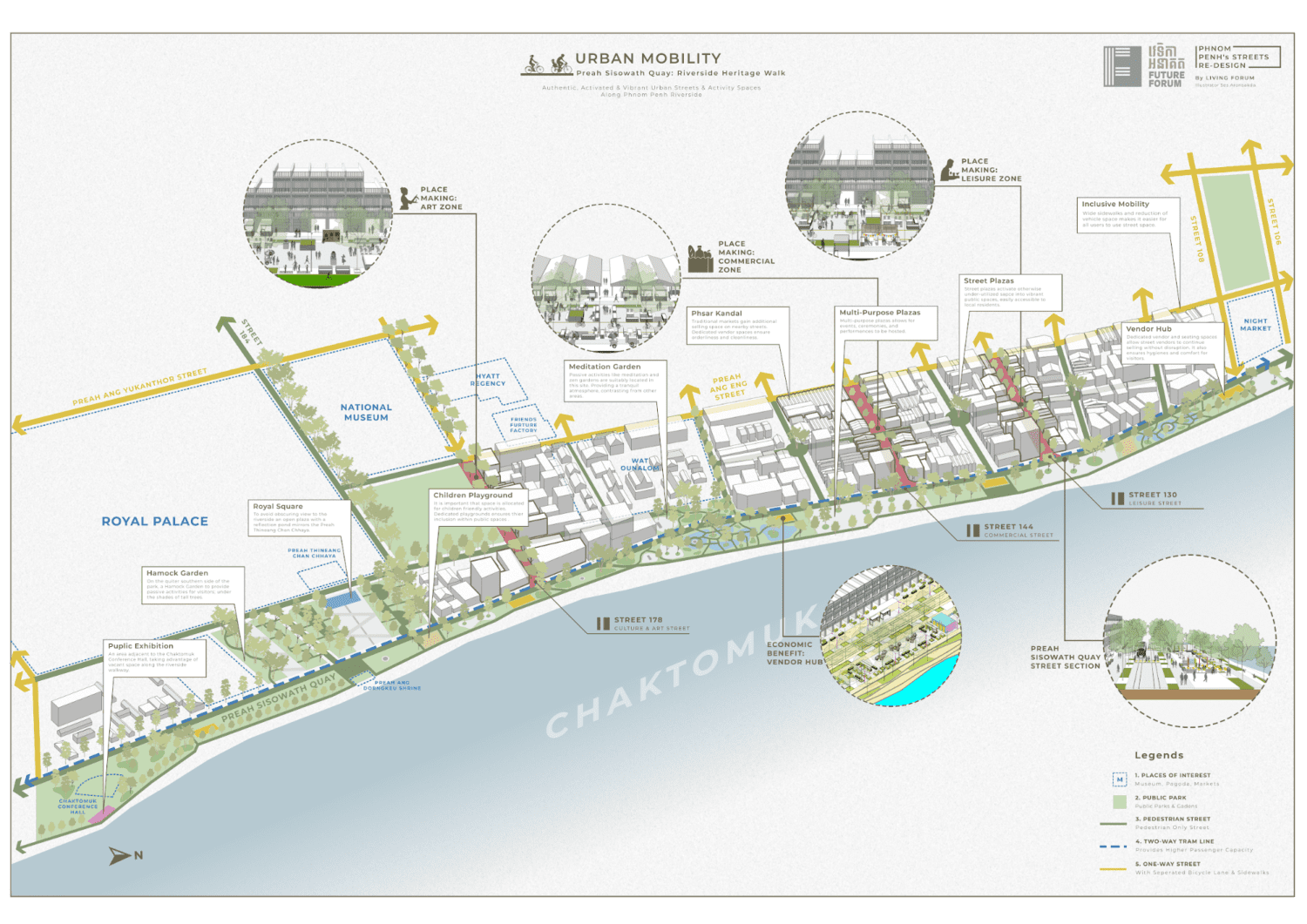 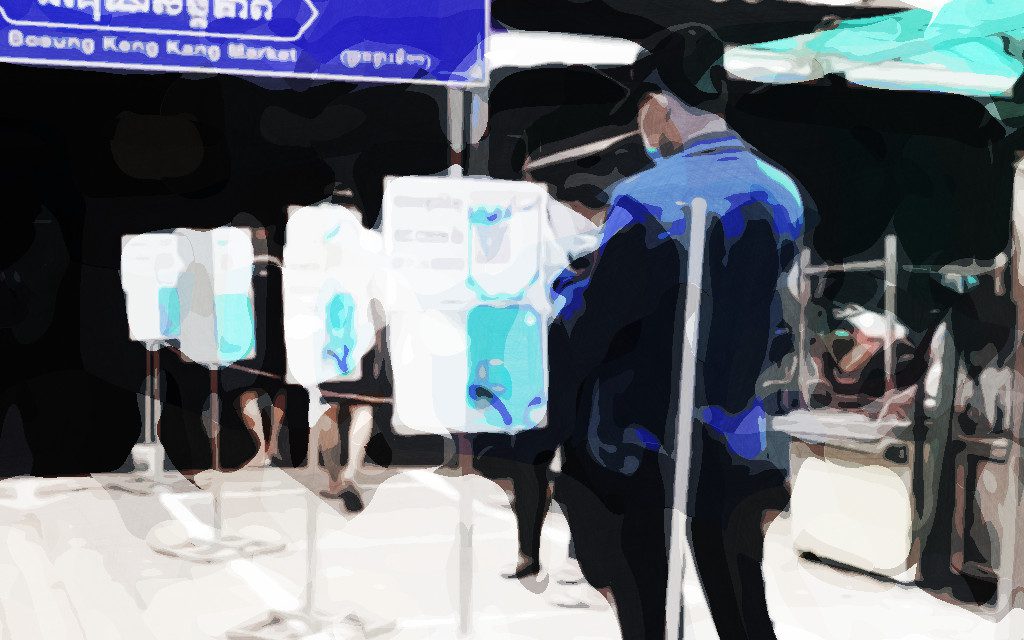