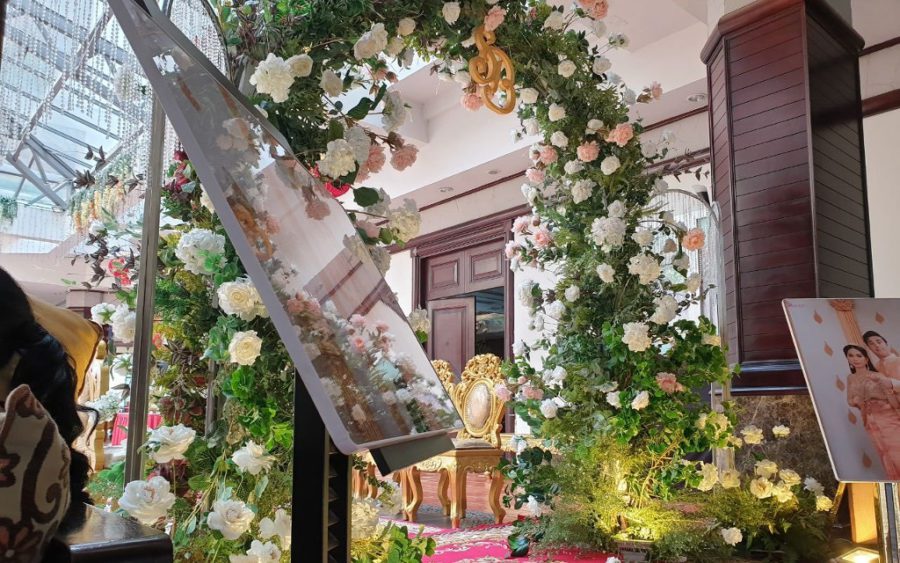 A traditional Khmer proverb on marriage says that “plates in a basket will rattle” — a suggestion that married couples, despite love, affection and solace, are bound to encounter collision and conflict.

Some traditional expectations of marriage, relationships and love are undergoing a process of change in Cambodia. Two decades ago, Cambodians were already moving away from traditional arranged marriages and choosing romantic unions with a self-chosen spouse, the Cambodian Demographic and Health Surveys showed.

This trend, in combination with other factors — including surges in the garment industry, which increased the opportunity cost of women staying home — has produced a new type family structure among young heterosexual married couples: families in which dad stays at home and mom is the primary breadwinner.

A recent article from VOD explored the dynamics of relationships like these. That article highlighted the stories of millennial couples and raised several issues that I, as a researcher on gender in Cambodia, have seen in my own work.

One issue in particular stood out.

The men who were interviewed described feelings of insecurity related to external societal judgement of their decision to be stay-at-home dads — based on the ideas of others about what it means to “be a man.”

One dad told VOD that “friends, relatives and neighbors told him that men should not do women’s work.”

“I felt upset, unhappy. They told me that other men go outside and earn money while you stay at home,” he said.

The problem these men face is due, in part, to a mismatch between the rate at which younger generations’ views toward marriage and relationships are changing and the rate of change for society-wide traditional gender perspectives — which are shifting at a slower pace.

This mismatch between individual marriage expectations and societal pressures is causing real problems within some marriages.

For instance, Uy Chanthon, a program director at Gender and Development for Cambodia who manages the Cambodian Men’s Network, told VOD that “because our society thinks that men need to go out and find money, when they cannot do it they get stressed, and this can lead to violence both verbal and physical.”

My research, which I carried out throughout 2020, consisting of an online survey and phone interviews with 27 Cambodian millennial married couples, mostly from Phnom Penh, examined this trend.

The core of the research focused on the relationship between a couple’s marital harmony or discord and their perception of gender roles and other variables, including education, employment status and income. The topics of these interviews ranged from perceptions of gender roles in the family to questions related to a couples’ togetherness and affection, marital satisfaction, arguments, violence and divorce.

My research study identified two interesting findings related to the trend of men staying at home and women becoming breadwinners.

But for couples where both spouses work, and the wives earn more than their husbands, marital harmony was also disrupted, meaning they reported having less satisfaction and fewer displays of affection.

The interviews, first of all, suggested that there is a growing presence of dual-income households and stay-at-home dads in Cambodia. And the finding of more marital harmony in families with stay-at-home dads indicates that wives may be more satisfied when husbands take on household chores.

But the findings also point to a backlash against a reversal of gender roles between husband and wife. The social pressures faced by husbands who step outside traditional roles sow discord. The findings highlight the potential for conflict, violence, and instability as marriages evolve — an issue that could be dangerous if left unaddressed.

I am not the only researcher who has raised these issues.

Another study from Gender and Development for Cambodia found that reasserting patriarchal control is one of the factors contributing to intimate partner violence in Cambodia.

Respondents in that study thought that the failure or inability to be a breadwinner in the family is equivalent to not being a “real man” because a man loses respect from society. Therefore, in order to earn that respect back, a man needs to act tough or violent.

One male respondent said: “If a husband is unable to earn income, this makes his wife grumble and sometimes curse her husband and then violence is going to happen because the wife doesn’t listen to reason. The husband commits violence, like giving her one or two slaps in order to warn her or to stop her from doing that again. A man is like that! A strong man — pram hudt — because he wants to show other people that he is strong.”

This isn’t just a Cambodian problem. Similar to my study, research published last month in the U.S. found that a man who perceives himself as failing to meet traditional masculine expectations might be experiencing “masculine discrepancy stress,” which can result in engaging in stereotypically masculine coping behaviours like substance use, risk-taking and violence.

So what can be done to address these issues?

Institutional changes, such as paternity leave and educational interventions, should be introduced.

Paternity leave can be a powerful tool to normalize men taking on traditionally female roles like child-rearing. According to research, paternity leave can reduce household poverty, financial stress, relationship discord and aggression, which can in turn lead to decreases in intimate partner violence.

Two years ago, Prime Minister Hun Sen proposed introducing paternity leave, yet there are no specific paternity leave entitlements to be found in the Labor Law. Instead there are only seven days of special leave allowed for personal reasons — birth of a child, illness or death.

Educational interventions can also be helpful in encouraging men to discard social pressure regarding stereotypical masculinity and open people’s minds to what it means to be a man and husband.

In Japan, for instance, the government launched an initiative called Ikumen with the intention to encourage greater paternal involvement in family life by favorably portraying men not only as breadwinners and “salarymen” but also as stay-at-home dads. This campaign, in addition to promoting Ikumen dads on TV and social media, provided symposia workshops, and work-life balance handbooks to working dads.

This is the time when we should be calling for actions to end narrow definitions of masculinity. Greater societal acceptance of dads who participate in household duties won’t just impact men, it will positively impact their marriages, and their families.