Over 5,000 Hectares of Contested K Speu Concession to Be Redistributed 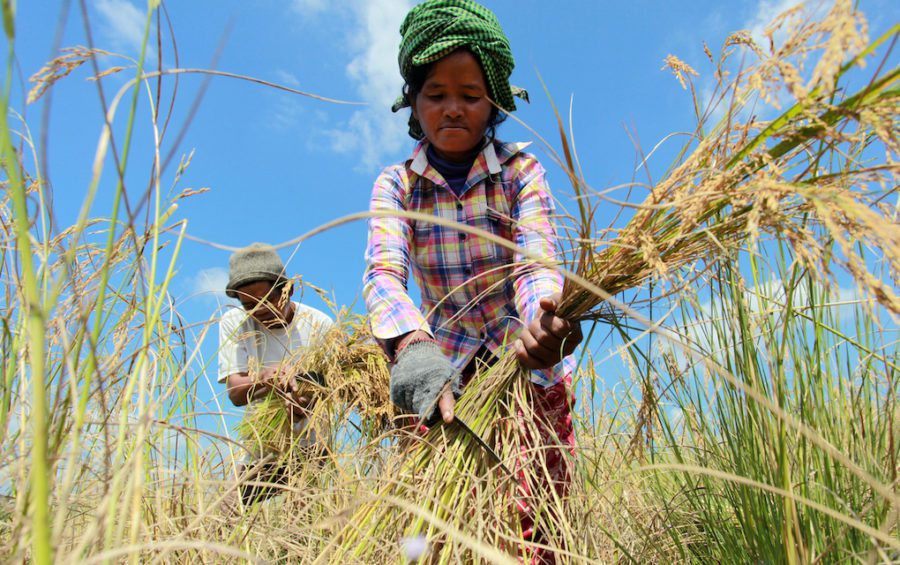 Thousands of hectares formerly part of a long-contested Kampong Speu economic land concession will be redistributed to residents of nine villages, according to government sub-decrees published this month.

The government cut 5,890 hectares of land that was once granted to the Uk Khun Industry Crops Development company in Kampong Speu’s Phnom Sruoch district, according to sub-decrees from late March and early April 一 with 3,518 hectares to 1,951 families in Treng Trayoeng commune, 1,516 hectares to 548 families in Dambouk Roung commune and 506 hectares to 211 families in O commune.

The area is all cut from a former concession to the Uk Khun Industrial Crops Development company, which was originally granted 12,506 hectares in Kampong Speu province in 2001, according to Open Development Cambodia.

Around 350 hectares of that area would be reclassified into state public land, but around 6,616 hectares of the original concession remains unspecified in the sub-decrees, which were made public this month.

Keo Sophat, Treng Trayoeng commune chief, said she had no current plans on how to redistribute the land but the commune is awaiting instructions from provincial authorities. “There have been no activities yet. We just know that he released the sub-decree,” she said, referring to Prime Minister Hun Sen.

Officials would create a working group to distribute the land transparently, she said, noting that there had been conflicts over this territory in the past.

“I have not received this information yet on how much we can get, but in the past I have requested to ask for that land for the landless people since 2013,” she said. “So far we have not known where we are going to get … and we are waiting for it.”

According to a report by the Cambodian Center for Human Rights, Industry Crop Development, a Singapore-registered firm with Taiwanese shareholders, initially held the 12,506 hectare-concession in the 1990s until Cambodia’s Taiwanese embassy closed and the company left with it. The ownership of the company was then transferred to a well-connected businessman 一 who changed the company name to Aphiwath Domnan Usahakam Ouk Khun 一 though Industry Crop Development later attempted to regain its land, with no clear outcome, CCHR said.

Residents had disputes with both former concession holders since the 1990s, according to the CCHR report.

The two companies could not be immediately found in the Commerce Ministry’s business registration, and calls to a phone number in a job listing for Aphiwath Domnan went unanswered.

Kampong Speu provincial governor Vei Samnang alluded to the former concession’s historical conflicts, saying the disputed area likely resulted from poor planning and understanding of what was actually on the ground immediately after Cambodia came out of civil war in the 1990s.

“When drawing a map to change [the area] into an economic land concession, there was misunderstanding from the person surveying,” he said. “They drew [boundaries] without checking [the area], they drew boundaries from thin air, and it overlapped with the commune office, schools, hospital, pagoda and army office, giving it to Ouk Khun. That has caused the consequences up to now.”

“The head of the government decided to cut the former [concession] to hand to the people to make it legitimate.”

The government last year announced an initiative to redistribute state land to people who were already living on it, though residents in areas that are seeing extensive reclassifications have been skeptical about whether locals would actually end up with the land.

Correction: This article has been edited to reflect that the sub-decrees say the land is former concession land.