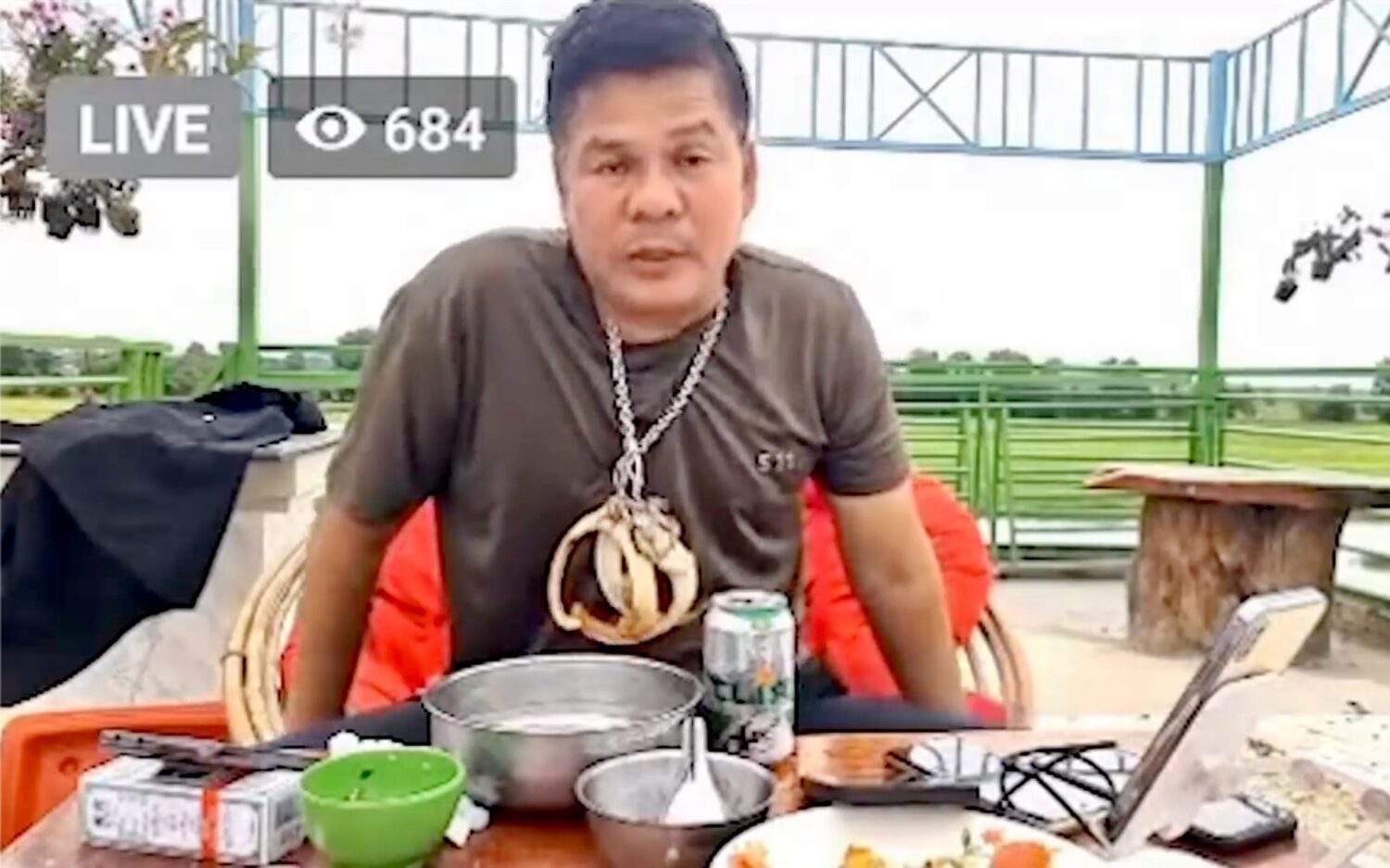 A screenshot of the Facebook live video, posted on Hun Sen’s Facebook page, that got San Bunthoeun fired from the Bodyguard Unit.

Two prime ministerial bodyguards who moonlight as social media pundits are being discharged over their broadcasts, one for drunken antics in a bid to boost viewership and the other for criticizing Phnom Tamao deforestation.

Bunthoeun, the more established of the two — with nearly 900,000 followers and a history of feuding with other social media stars such as political youth Thy Sovantha — threw food in a drunken rage while cursing at the camera in a recent video.

Hun Sen said in an online post that he had supported Bunthoeun for years with $500 a month to pay for his house, and had repeatedly advised him to change his character. But his drinking and swearing had not improved, so “today I have ordered the bodyguard commander to request the expulsion of San Bunthoeun from the army,” the prime minister said.

On Sunday, Bunthoeun apologized, saying the antics had been a prank “because my page views had dropped and no people were watching.”

“They picked me up and gave me a salary. I used to live in mud and now I have a well-known face,” Bunthoeun said of his gratitude toward Hun Sen.

The second bodyguard-cum-pundit, Pou, criticized tycoon Leng Navatra over the development of the Phnom Tamao forest in Takeo province — the home of a wildlife rescue center in one corner, and the target of a popular backlash that has led to a backtracking of deforestation plans.

“Do you think that Cambodian people have no brain?” Pou wrote. “They don’t know what helps develop the country.”

Both were the subject of a letter issued on Thursday by the bodyguard unit’s head, Hing Bun Heang, ordering that they be removed from the armed forces.

The Ministry of Information on Monday also revoked a media license from Buntheoun for “committing immoral [acts], cursing and insulting, affecting social morale and honor, and the dignity of professional journalists.”