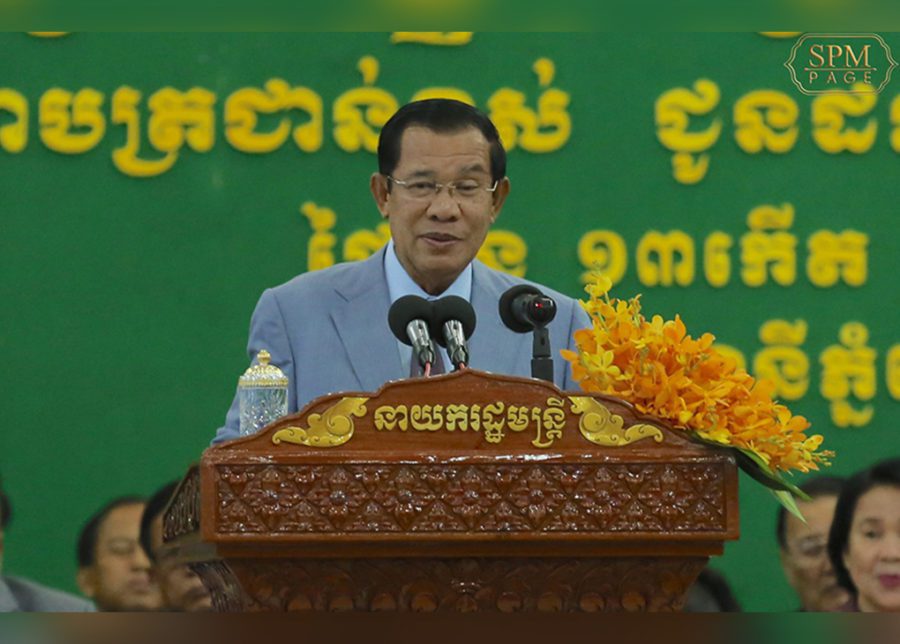 Hun Sen’s apparent order was issued as hundreds of W&D workers gathered outside his house in Phnom Penh on Monday morning seeking intervention to help end an industrial dispute that started in December.

Speaking at a graduation ceremony at the same time, Hun Sen appeared to side with the factory’s owners. He described the ongoing strikes and protests for seniority payments and severance bonuses as “illegal.”

“The factory owners would have to spend about $2 million immediately,” Hun Sen said, rejecting the demands as excessive. “It would make the factory collapse, so I call on Ath Thorn to not let the members continue.”

“I ask for understanding about this problem ​and for continued acceptance of what is set by the law,” he added. “These are illegal demands.”

The dispute between the W&D workers and the owner of the factory, located in Meanchey district, started over demands for seniority bonuses.

The owners then fired more than 1,000 of the strikers after accusing them of not respecting the Phnom Penh Municipal Court’s injunction order for them to immediately return to work, spurring many of the workers to begin protesting for severance bonuses they said they were accordingly owed.