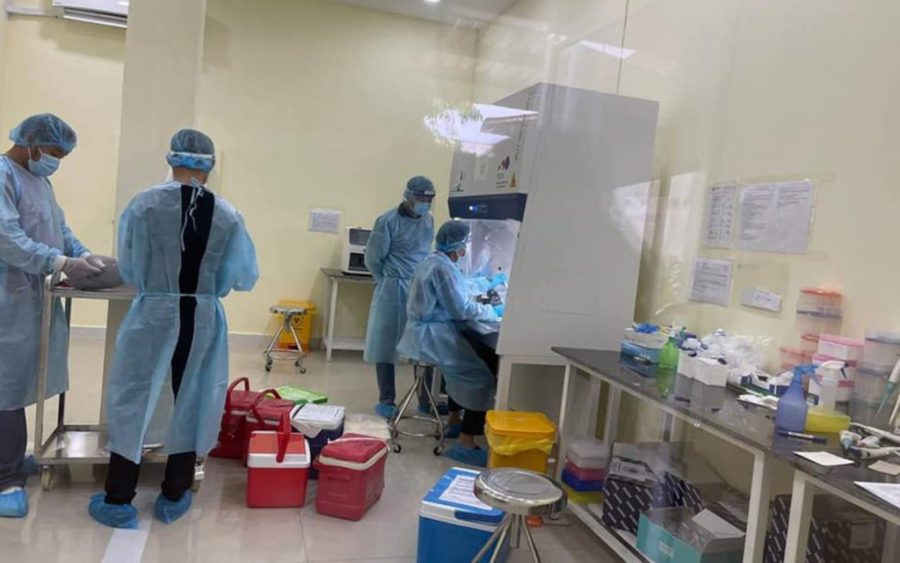 Poipet health workers are accusing the director of a referral hospital of siphoning money meant for Covid-19 salaries by falsely listing employees as working on Covid-19 treatment.

Staffers at the Poipet Referral Hospital in Banteay Meanchey province said in an audio recording that the director of the facility, Ork Tinna, used the names of 11 hospital employees in order to collect Covid-19 salaries.

The recording features staff members close to the alleged misappropriation objecting to the actions, but their roles and identities are being withheld to avoid retaliation.

One person in the audio clip alleges that the 11 employees did not work on Covid-19 treatments nor did they receive the around $50 a day payment for the work.

“No, remove it! Anyone who got the Covid-19 mission money without working, [you] have to remove their names,” says the voice in the audio clip.

A health worker from the hospital interviewed by VOD, who asked to remain anonymous, said the ACU’s purported letter appeared fake as it did not have a date or ACU boss Om Yentieng’s signature on it, and it was later removed from the noticeboard.

VOD repeatedly tried to contact Tinna, but he did not respond to requests for comment. Yentieng and provincial health director Le Chansangvat could not be reached for comment.

A letter issued in early November from Tinna states that he was not corrupt. Administrative staffer Sovann Duong Dao says in the letter that the hospital was following Ministry of Health principles, but they would not take action against people making the accusations.

“No! I have no intention of suing them [even though] they used false information to defame through the media and so on. It is not right,” Duong Dao said.