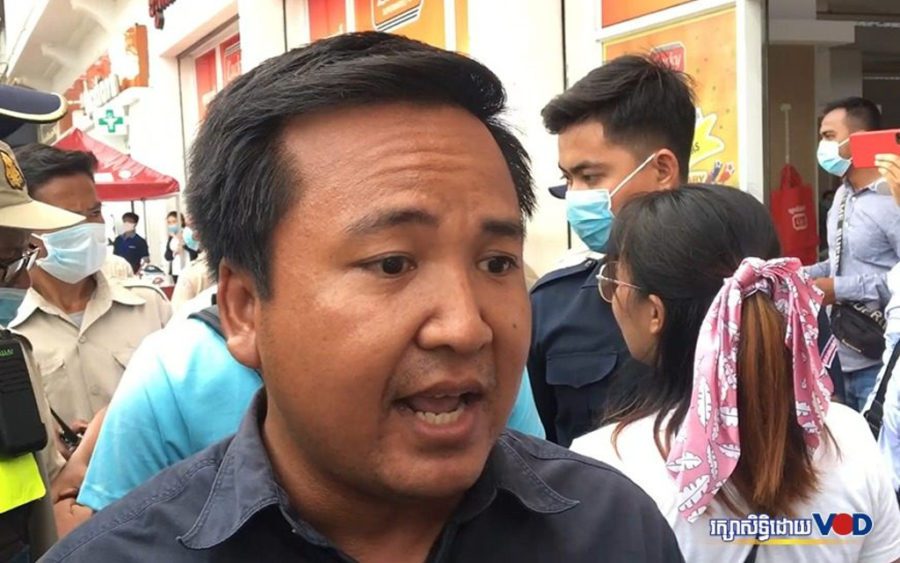 Police on Friday arrested a minor party president over “exaggerations” related to a detained unionist’s comments on border demarcations, at least the 12th arrest made over the past two weeks in relation to the controversy.

Suong Sophorn, president of the minor Khmer Win Party, was arrested in Tuol Kork district around 1 p.m. and was being held at the Phnom Penh Municipal Police headquarters, according to Phnom Penh police spokesperson San Sok Seyha.

Sok Seyha said the arrest was for the “red-handed” crime of Sophorn making exaggerations about the border issue, but did not elaborate.

Earlier this month, Cambodian Confederation of Unions president Rong Chhun was arrested after saying in an interview with U.S.-run Radio Free Asia that Cambodia was losing hundreds of hectares of land to Vietnam as part of border demarcations, wading into a controversial subject that has been used in the past by opposition politicians to drum up populist support.

The municipal police’s Sok Seyha said around 5 p.m. that two of the six youth activists, Chhoeun Daravy and Hun Vannak, had been sent to the court for processing. Daravy was charged by the court with incitement to disturb social security, while Vannak was provisionally charged by police prosecutors for the same crime, he said.

The other four were released from police custody late on Friday after signing a contract agreeing to stop protesting, the spokesperson said later.

Earlier this week, he also clashed with City Hall after requesting permission to hold a rally in support of Chhun, according to the Khmer Times.