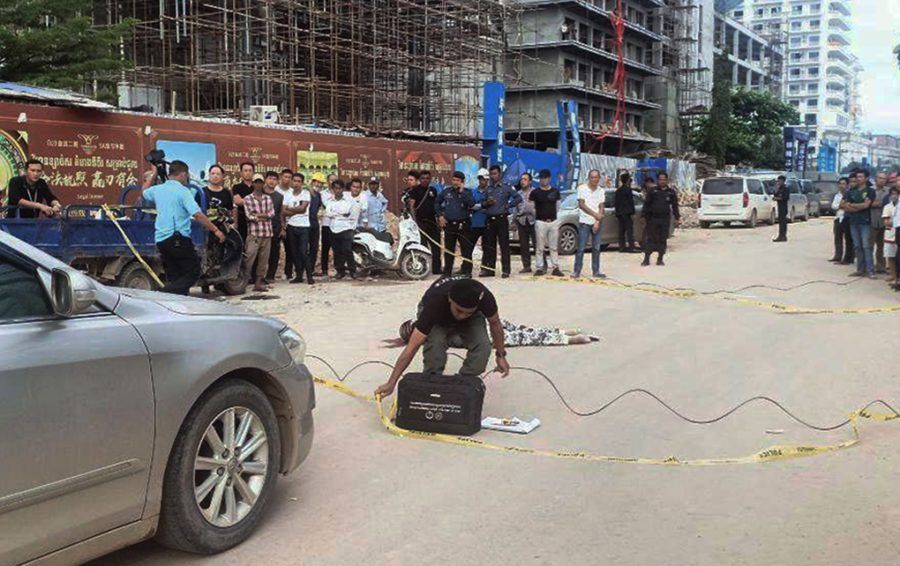 Chinese man was mudered and dumped onto the streets of Sihanoukville on May 06, 2019. Image: Facebook

Preah Sihanouk provincial police arrested two men allegedly involved in murdering another man and dumping his body onto the streets of Sihanoukville.

A video of the incident was circulated on Facebook on Monday, showing a black hatchback coming to a stop amid traffic, one of its rear doors being opened, and the body of a man in a black shirt and white pants tumbling onto the road.

“This is a criminal case. We deployed our forces immediately,” Narin said. “We initially arrested two people, and now we are still working. Please be understanding.”

Narin added that both the victim and alleged perpetrators were Chinese — marking another incident in the coastal city where a Chinese-led tourism and construction boom is fueling concerns about increased crime.

An Interior Ministry report from September said 210,000 Chinese nationals were now living in Cambodia, with 78,000 of them in Preah Sihanouk.

Correction: A previous version of this article misstated that 210,000 Chinese nationals live in Preah Sihanouk.