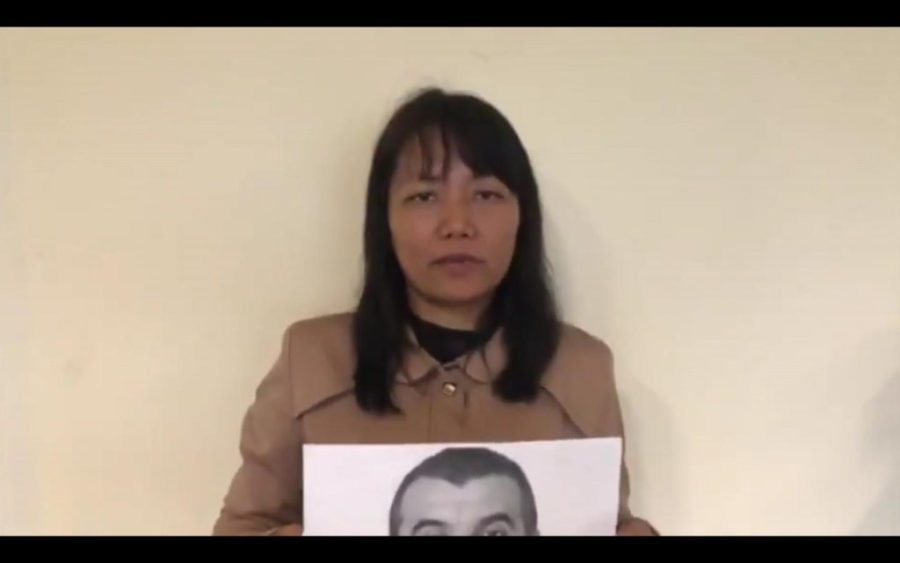 Grace Karaca holds up a photo of her arrested husband, Osman Karaca, in a video she posted to Twitter on October 18, 2019.

Karaca, a Turkish-Mexican dual national, was arrested while at a bank in Tuol Kork last week, according to his wife, Grace Karaca, who released a video on Friday saying she was now fearing for her husband’s life.

Zaman, which was sold and renamed Paragon Education last year, had long been under pressure from Turkish authorities due to its link to Fethullah Gulen, a preacher living in exile in the U.S. whom the Turkish government accuses of staging a coup attempt in 2016.

Grace Karaca said in the video that her husband had recently returned to work at Paragon as an education consultant and the family had been planning to move back to Cambodia next month.

Kim Khoeun, the police spokesman, said that Cambodian authorities were fully aware of, and cooperated in the arrest and extradition of Osman Karaca, despite earlier telling Al Jazeera he “was not aware of this case.”

“[Karaca] was not secretly arrested. There was cooperation. He was involved in a crime that the Turkish authorities had documents for, and they asked for cooperation to send him to Turkey. That is the truth,” Kim Khoeun told VOD. “It was not that they secretly made the arrest and we did not know about it.”

“I’ve clarified to you that there really was an arrest and [he was] already sent back to Turkey,” Kim Khoeun said.

Justice Ministry spokesman Chin Malin added that the two countries had agreed upon the extradition through diplomatic means.

“Cambodia and Turkey don’t have an agreement for extradition, but according to international principles, even without an agreement, based on cooperation and diplomatic relations, it is possible,” Malin said.

Under President Recep Tayyip Erdogan, Turkey has put almost 50,000 people in jail for alleged terrorism, almost 70 percent of them for links to Gulen, according to Human Rights Watch.

The rights group says it is deeply concerned by allegations of torture and inhuman treatment in the country’s prisons.

About 175 journalists and media workers are also in jail for alleged terrorism, and 130,000 public workers were dismissed from their jobs for ties to Gulen, it says.

Karaca was Zaman director until 2011, his wife told Reuters.