Police Officer Who Allegedly Shot Man in the Back Charged, Jailed 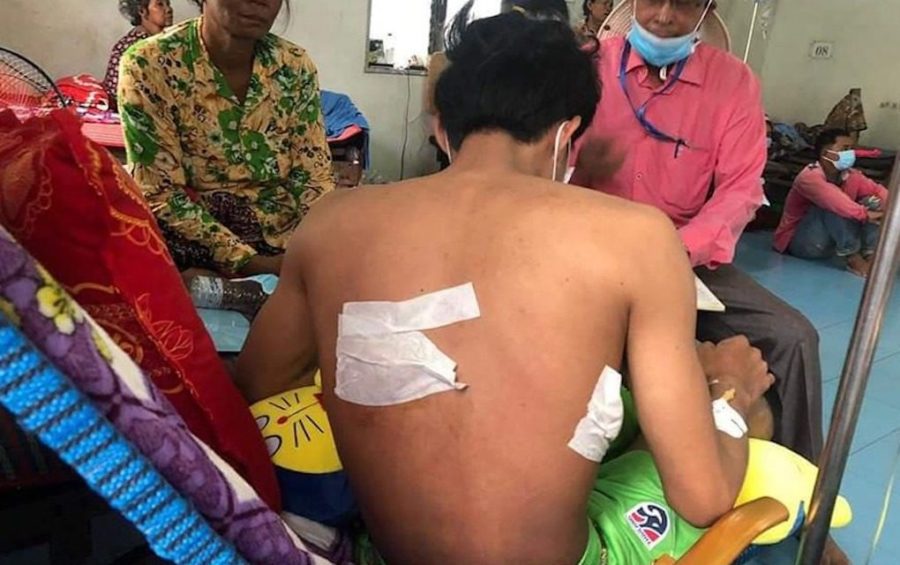 A Poipet police officer was charged with aggravated intentional violence and sent to pretrial detention on Wednesday evening after allegedly shooting a motorcyclist in the back last week.

Rithy Piseth, deputy police chief of Nimit commune, was accused of shooting Neang Makara late on August 27 as the 21-year-old was riding home from a neighbor’s house with a friend.

Makara said in a statement that he had argued with the officer and turned to leave when he heard a shot. After arriving home, he realized a bullet had pierced him from his left shoulder blade to his right armpit.

Makara had earlier filed a complaint to the court seeking charges of attempted homicide.

Nuon Vor, the father of Neang Makara, said on Thursday that he still thought that Piseth had intended to kill his son, and he was not happy with the charges against him.

Makara remained at the public Cambodia-Japan Friendship Mongkol Borei Hospital and his wound was still swollen and painful, he added.

Rights group Licadho’s provincial coordinator, In Kongchit, said he welcomed the court’s action even if he did not fully agree with the decision.

“We applaud the court’s action, but we also do not agree with the prosecution’s misdemeanor charge, since the police [officer] knew the gun was deadly and dared to pull [the trigger],” Kongchit said. “It’s lucky that the young man did not die, but this is the court’s discretion.”

National Police spokesperson Chhay Kim Khoeun on Tuesday said the force would allow the courts to pursue the case before it considered any disciplinary action, while also downplaying the incident.

“It is not that police shot the youth. Police were patrolling and the two young men did not allow a check and had a fight and escaped. Then there was a warning shot and it ricocheted and hit,” Kim Khoeun said.

(Translated by Sam Oudom and edited from the original article on VOD Khmer.)