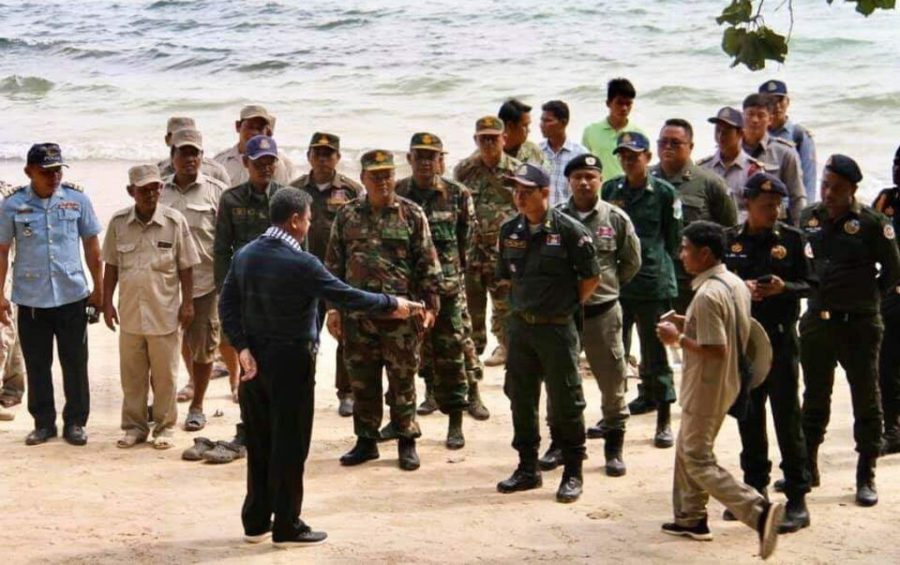 The family of missing British tourist Amelia Bambridge has arrived on Koh Rong island as local police on Monday requested search-and-rescue dogs from national authorities to aid in their continuing search.

The 21-year-old disappeared after being last seen at a beach party in Koh Touch village at 3 a.m. on Thursday morning, local authorities said.

Nuon Bunthol, Koh Rong city governor, told VOD on Monday evening that he was doing everything he could to find Bambridge.

Local police had now called on national authorities to provide search-and-rescue dogs to help look for her, he said. The dogs were expected to arrive on Tuesday.

“I have tried everything, including spiritual means, in order to find her and get information about her,” Bunthol said, explaining that he had prayed to Yeay Mao, a local divinity considered to be the protector of the Cambodian coast.

Five members of Bambridge’s family had now arrived on the island to be updated on the search efforts, he added.

Koh Rong commune police chief Yit Nem Soty said his officers had also used drones in their search, but no trace of Bambridge had yet to be found from aerial footage.

On Sunday, Bunthol said her backpack was discovered on a rock in the sea about 30 meters from where the party took place.

Divers were searching in the water up to 1,000 meters from the spot where her belongings were found, while local police, military police and volunteers were also searching for her on thousands of hectares on the island, he said.

“At this hour, we have don’t have any information,” Bunthol said.

Preah Sihanouk provincial police chief Chuon Narin said more than 300 personnel from police, military and navy were searching for Bambridge. On Monday afternoon he said he had no further update.

Preah Sihanouk Provincial Hall spokesman Kheang Phearum said Bambridge arrived in Koh Rong on October 19 before she went missing on Thursday. “We have not determined what the reason is. … Today, the provincial governor also came to directly lead [the search operation] to urge for a complete searching of every corner on the island,” he said.