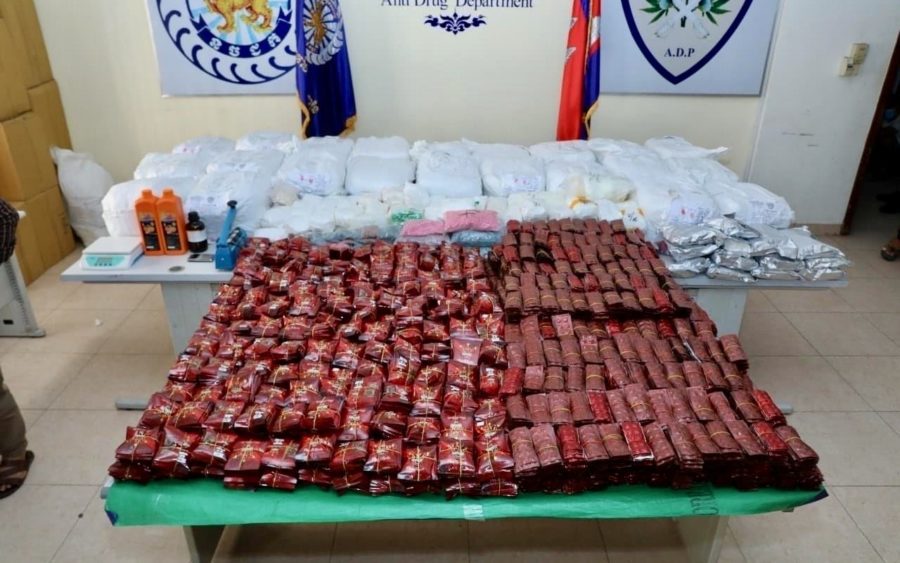 Police announced the seizure of some 700 kg of ketamine and other drugs, as an anti-drug official said most recent hauls were believed to be headed abroad to Australia, Taiwan, South Korea, Japan, New Zealand and other countries.

Sok said on Monday that officers had seized ketamine, heroin and methamphetamines believed to have been produced in the Golden Triangle area bordering Laos, Thailand and Myanmar.

He said police believe that most of it was headed overseas, and that most of the ketamine would be consumed together with ecstasy in clubs.

“For drug trafficking through our country, some of it is for domestic supply, but it is only a small amount,” he said. “A large amount of it is exported to a third country — so far it is Australia, Taiwan, South Korea, Japan, New Zealand and others.”

The U.N. Office on Drugs and Crime last year warned that Cambodia was being targeted by organized crime for the production of drugs in addition to trafficking and distribution. In December, police found 80 tons of ketamine precursors, 1.4 tons of the drug and a lab in Kampong Speu province.