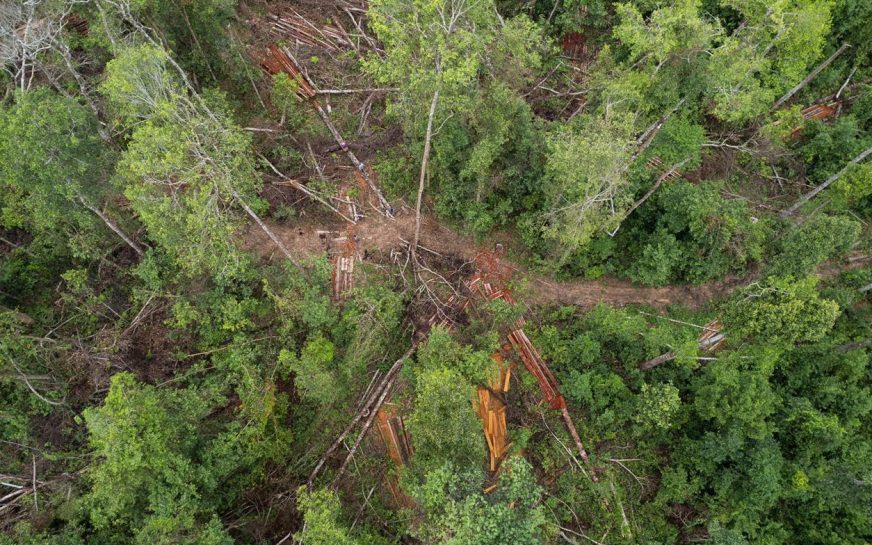 Indigenous community patrollers found around 250 cases of suspected deforestation at Preah Vihear’s Prey Preah Roka forest during two patrols in July and August, and are urging authorities to allow more patrols into the forest.

Patrollers from the Kuy indigenous minority released a short report on Monday from two patrols they did in late July and August, pointing to 249 cases of deforestation in the Preah Roka forest in Tbeng Meanchey district’s Brame commune.

The patrollers found 286 pieces of sawn wood in the forest, 313 pieces of wood, and witnessed three buffalo-drawn carts and two koyun transporting timber. The timber was first and second grade in quality and included chheutel, koki and kralanh varieties.

“The indigenous Kuy minority community in Brame village … are disappointed and strongly worried over the ignorance and inactivity of relevant officials that are allowing the continuation of forestry crimes in the wildlife sanctuary from day to day,” the report reads.

The community requested authorities to permit residents to participate in activities to protect the forest, strengthen law enforcement efforts and create a mechanism to punish officials caught taking bribes to allow forestry crimes.

Phearith Masy, a member of the community, said he had seen a depot in the forest where the wood was being processed.

“Someone created a depot. When the wood arrives at the depot, they drop off the wood there,” he said.

He was worried the forest would disappear quickly if authorities did not stem forestry crimes.

Horng Sarath, another community member, said he had heard the sound of chainsaws coming from deep within the forest. Authorities were preventing patrollers from protecting the forest, and instead were assisting the loggers, he alleged.

Preah Vihear’s environment department director, Song Chansocheat, could not be reached for comment on Monday.

Recently appointed Preah Vihear governor Kim Rithy said he would discuss the report at the next meeting with officials.

Authorities have been disallowing community patrols of protected areas in recent years, including at the Prey Lang Wildlife Sanctuary, where environmentalist Ouch Leng was arrested last year.