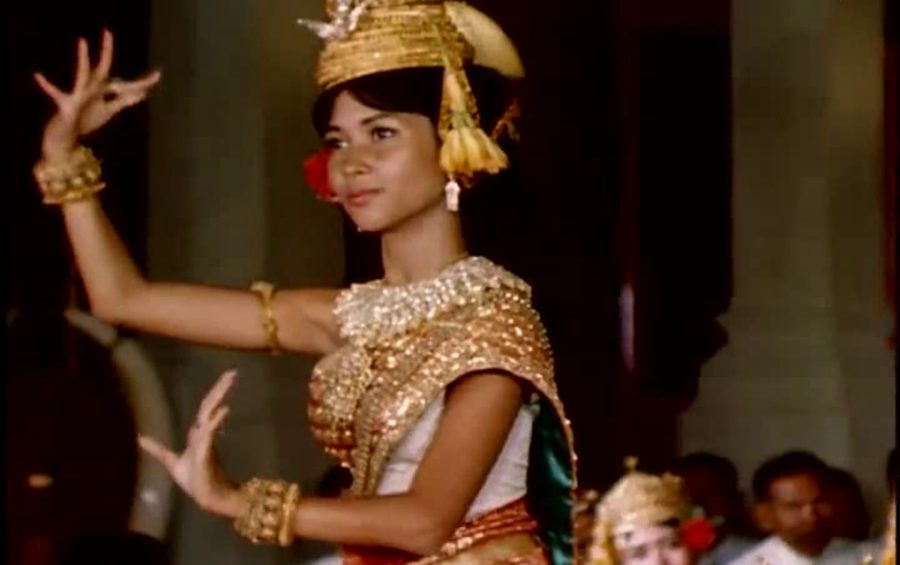 Princess Norodom Bopha Devi dancing, in a photograph excerpted from a video of the Royal Ballet of Cambodia posted on public.resource.org’s YouTube channel. (Creative Commons)

Princess Norodom Bopha Devi, a star of the Royal Ballet in her youth and passionate champion of the art as the group’s director in later years, died on Monday of a heart attack at age 76, a member of the royal family said.

Bopha Devi started dancing at 5 and by 18 was the prima ballerina of the Royal Ballet, state media outlet AKP reported. She was later a minister of culture and Senate member.

“She was really a lovable person, very soft, very gentle,” he said. “I believe many, many people will remember her the same way I did.”

Bopha Devi’s leadership at the Royal Ballet saw it become recognized as “Intangible Cultural Heritage of Humanity” by Unesco.

“As far as art is concerned, she was the one who raised the level of the Royal Ballet to the level of world heritage,” Thomico said.

In a Facebook post on Monday, traditional Cambodian dance company Prumsodun Ok & Natyarasa said that Bopha Devi was an “icon of our ancient tradition and lineage.”

“May her soul rest in peace, and may Khmer dance artists near and far carry on her legacy, and the legacy carried by her, far into the future,” the company said.

In 2002, Bopha Devi won a defamation lawsuit against the Bangkok Post, which the court had found to be “grossly negligent” in accusing her of being part of a drug-smuggling ring, according to her lawyers.

In a 2017 profile in the Phnom Penh Post, Bopha Devi said she was optimistic that others would be able to carry the torch for Cambodia’s Royal Ballet.

“Surely, there will be someone … I will not live one hundred years,” she told the newspaper at the time.