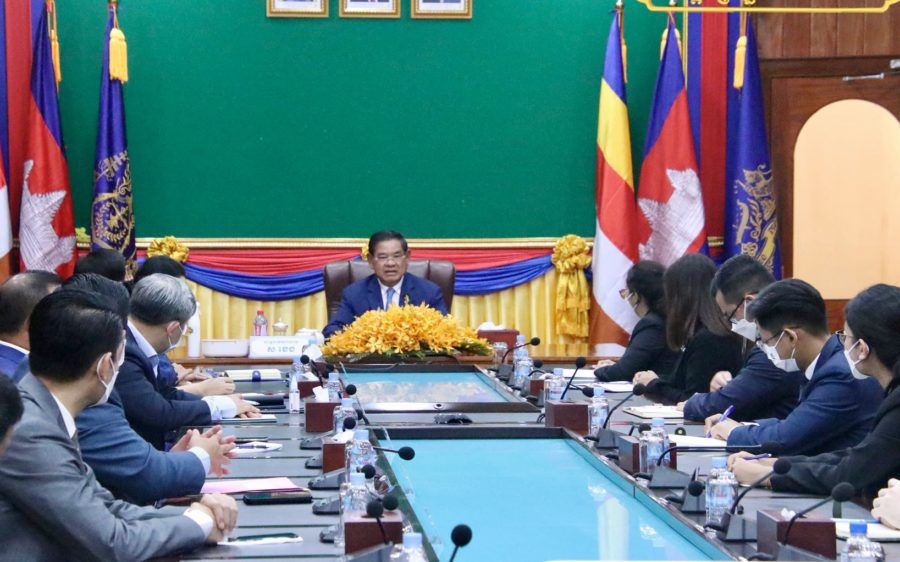 A prisons deputy director who was accused of taking $71,000 in bribes from a family to find seven police jobs was transferred within the Interior Ministry and made an adviser, as legal proceedings continue.

In Reaksmey Rithea, a three-star general, was ordered to be transferred from the prisons department, where he was deputy director, to become an adviser in the Interior Ministry, according to a sub-decree signed by Prime Minister Hun Sen and dated February 3.

Asked if there would be any further action following the transfer, he said the prisons department was no longer involved.

“For our side, we have already conducted an investigation and we requested the Interior Ministry to ask the government to transfer him out.”

Further legal action would be handled by criminal police, he said.

He explained that the transfer was made to facilitate legal procedures, which would be difficult to carry out if he remained in office.

“We are not helping to keep this case hidden. Rather, we are trying to help the victim. Please be understanding and don’t be confused,” Savna said. “He still faces the legal [action] even more seriously than before.”

He added that Reaksmey Rithea had been involved in other previous incidents, and had been verbally warned by the prisons director several times. But Reaksmey Rithea became even more aggressive in his transgressions, Savna said.

The complaint against Reaksmey Rithea said he had promised to find National Police jobs for $10,000 per recruit, but had failed to follow through.

Pech Pisey, executive director of Transparency International Cambodia, said corruption should be investigated by the relevant ministry and Anti-Corruption Unit.

If the accused escapes investigation, it was impunity “as has been chronicled for long” in Cambodia.

“This is not a good sign for a public institution, which has the duty to solve people’s issues and give confidence to its people, especially to fulfill duties with transparency and accountability,” Pisey said.

Latest news
For Boeng Tamok Residents, Youth Activists Speak What They Can’t
May 20, 11:55 am
‘I Want to Be the One Who Can Make a Change in My Village’
May 20, 9:45 am
Candlelight Says No to Racist Comments, CPP Will Campaign Small
May 19, 6:35 pm
Forest for the Trees: Minister’s Letter Skips Over Phnom Tamao Forest Loss
May 19, 5:58 pm
Briefs: Lab Monkey Exports Criticized, Cambodia Wins Fifth Gold
May 19, 5:54 pm