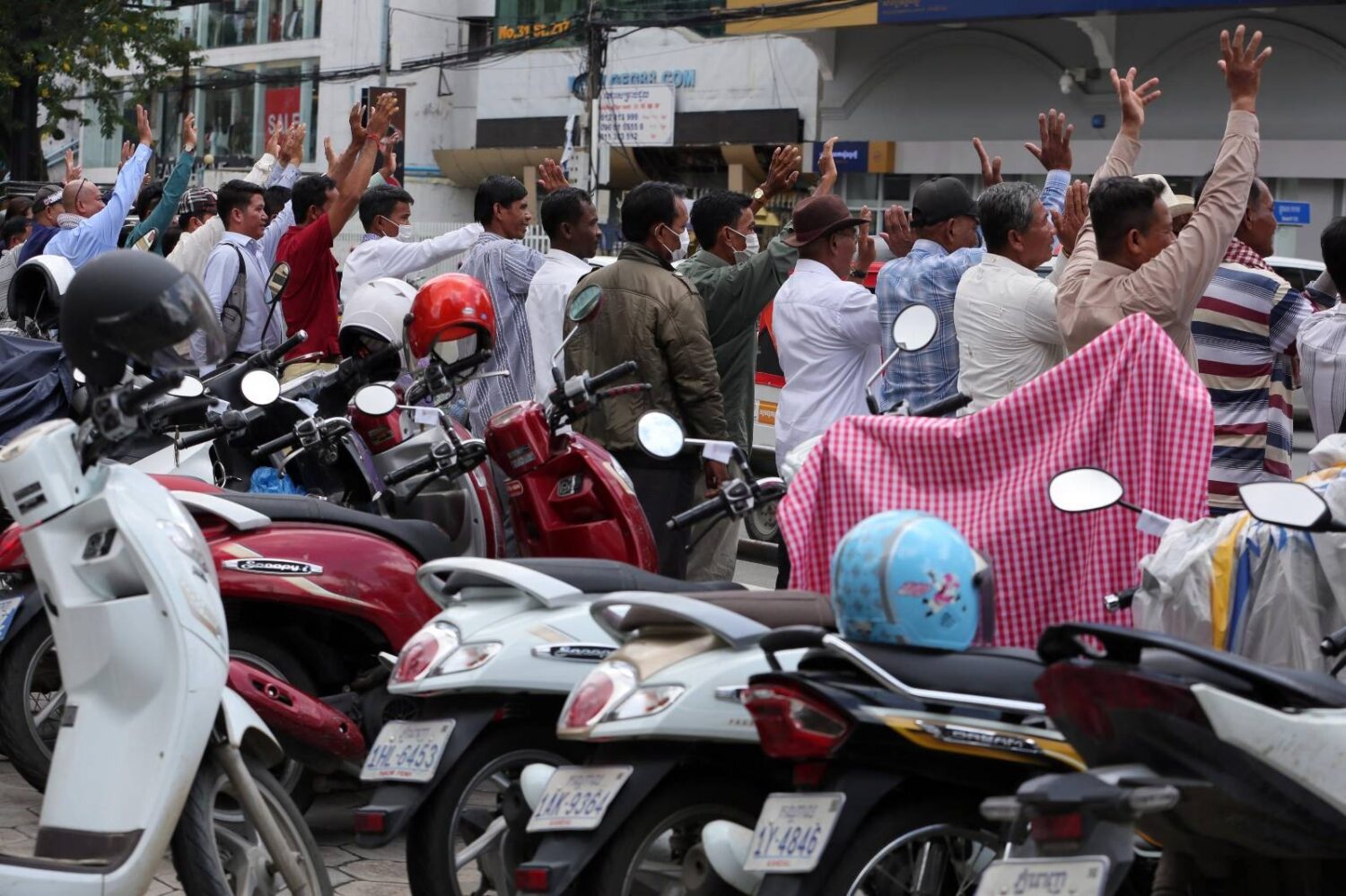 Prosecutors and government lawyers tried to link opposition leader Kem Sokha to garment workers’ demonstrations in the capital in 2013-2014, as his lawyers again argued that the evidence did not support the charge of treason.

Sokha’s trial entered its 54th hearing on Wednesday, days short of the five-year mark when he was arrested in a midnight raid at his Phnom Penh residence on September 4, 2017. He is charged with treason for attempting to overthrow the government with a foreign power.

As the trial resumed, prosecutor Chhay Hong asked the court to play a 15-minute video that showed demonstrators preparing Molotov cocktails and stones along Veng Sreng Blvd., seemingly after violent clashes between workers and security personnel.

The prosecution played another video showing the destruction of a private clinic on the boulevard. The evidence — which shows protesters destroying the Ekreach Clinic — was allowed by the court in March 2020 despite objections from the defense team.

Political protests were also ongoing at the time in Phnom Penh’s Freedom Park, led by the CNRP, and the prosecution has sought to link the labor and political protests to argue that the CNRP was also to blame for the workers’ violence.

After seeing the evidence, Sokha told the court that the 2013 post-election protests at Freedom Park were to push for an investigation into alleged election irregularities and that the following year the government and CNRP reached an agreement to reform the electoral system.

Cheng Penghap, a government lawyer, said Monovithya’s comment — which was clipped from a longer interview — showed that the opposition party was coordinating with garment worker protests in 2013.

Earlier this month, the prosecution also introduced a new one-minute audio clip of former CNRP lawmaker Ho Vann talking about garment worker protests at Yak Jin factory in 2013. The defense said then that the evidence showed no links to Sokha or his involvement in the violence that ensued.

Outside the court, defense lawyer Pheng Heng said the court had already prosecuted cases against the people it found responsible for the violence around worker demonstrations in 2013 and 2014.

“Demonstrations at Veng Sreng street or all these cases already have had verdicts and some people were already punished,” he said. “Why is [the court] using this [evidence] again and questioning him repeatedly?”